Why is grass green? 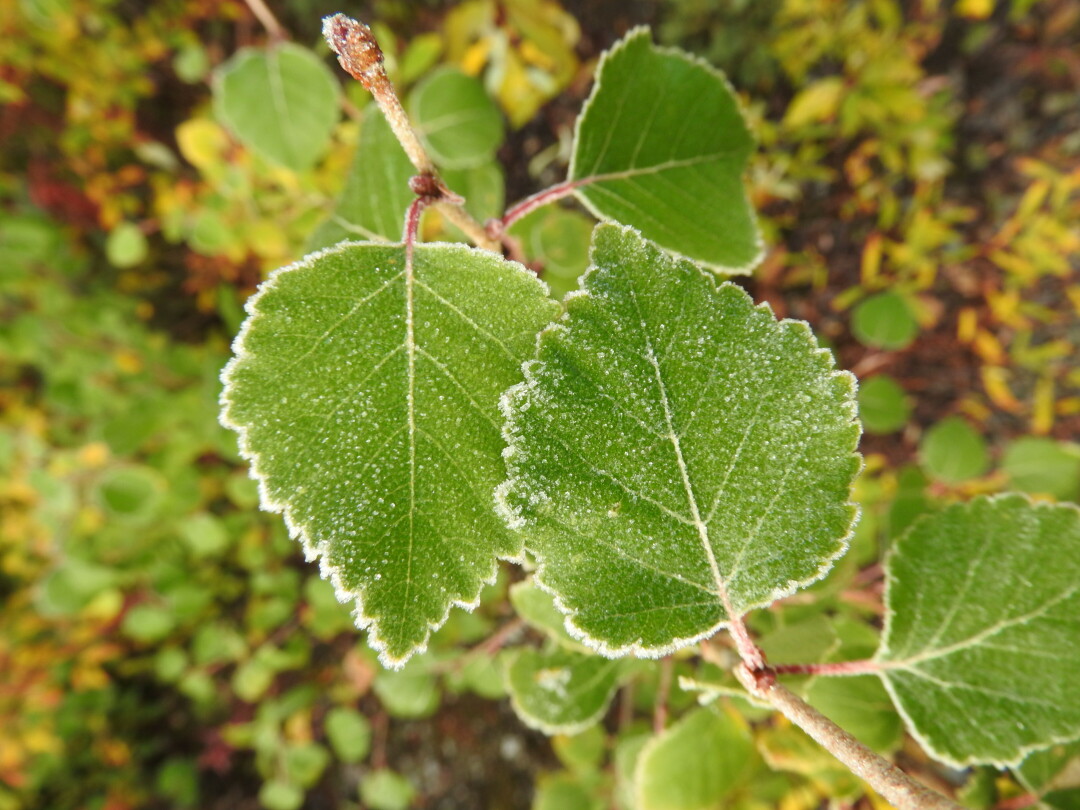 Why are most plants green? The answer is more complex – and unknown – that you might think. Photo by Emily Stone.

I felt a little sad last week as I peered through my computer screen at the sixth graders clustered in front of the web cam in their classroom.
I first met most of these kids in Miss Bonney’s 4K classroom at Drummond Elementary School many years ago. In those days, I would bring a MuseumMobile tub full of furs, bones, books, toys or a giant turtle shell into their circle on the carpet.
Sitting there among the wiggling, adorable children, I envisioned them growing up to be little naturalists. I also recoiled reflexively when the kid seated next to me sneezed. Oh, the days!
As the kids moved up through the grades, I taught them about spiders, brought them owl pellets to dissect, and even dressed them up as fish.
Even as we were focused on one subject, they’d blurt out questions about something completely different. If there was time, I’d answer whatever questions they threw my way, often with unbridled enthusiasm for their curiosity and the incredibly weird nuances of nature.
Last week, though, was my final MuseumMobile visit with these students. We spent 30 minutes discussing the results of their goldenrod gall dissection experiment. Then, hoping to capitalize on the rapport I’d developed with supporting their curiosity over the years, I asked, “What questions do you still have about nature?”

After a long discussion about why wolf scat would or wouldn’t be exciting to dissect, I noticed a kid in the back who had been raising his hand throughout. When called on, he asked “Why is grass green?”
A giggle rippled through the class. Was he being a smart aleck, I wondered? But he’d waiting politely until he was called on, so I gave him the benefit of the doubt. It’s a surprisingly interesting question.
Grass is green because it contains the pigment chlorophyll, of course. The chlorophyll is there to conduct photosynthesis. And it appears green because that wavelength of light is reflected back to our eyes. I gave them a quick explanation of color and vision.
And then our time was up. But the question was still niggling at me. Didn’t I read something once that pointed to a more nuanced answer? It was time to go Googling.
The first basic search turned up exactly what I’d always been taught, and what I told the students. Chlorophyll looks green because it absorbs blue light and red light and reflects green light.
Then, an article from the Journal of Biological Education caught my eye. “Chlorophyll does not reflect green light – how to correct a misconception,” read the title.
The author, Olli Virtanen of the University of Turku in Finland, did some tests on the reflectivity of leaves, and determined that leaves look green not so much because they are reflecting green light, but because they are so very good at absorbing red and blue light.
All of this seems like a little bit of semantics to me, so I did a some more digging.
An article in Science Magazine confirmed that chlorophyll, in partnership with carotenoid pigments also in leaves, absorbs almost every single photon of red and blue light.
In contrast, the leaves “only” absorb 90% of green photons. If light isn’t absorbed, it must be reflected, right?
The nuance seems to be that leaves aren’t reflecting ALL the green light; they are just reflecting more of it than the other colors of light in the spectrum. Even though green light might just be the “leftovers,” our eyes are really good at seeing green because it’s at the center of our visible spectrum.

But that isn’t the only way to answer the question, “Why is grass green?”
There’s another angle, best understood by turning things around and asking, “Why aren’t leaves blue or fuchsia or any other color?”
At a chemical level, it probably has something to do with the fact that the molecule of chlorophyll has magnesium at its center. A molecule of heme (the pigment that makes our blood red) is very similar – except that it contains iron. I’m not sure what effect those metal ions have on color, but surely they do something.

We can also think about color in terms of its role in making photosynthesis effective. A few sources purport that the Sun gives off less green light, and that’s why it’s beneficial for plants to reflect light of that color. That’s not true, however: the Sun radiates as much or more energy in green wavelengths as in the others.

Maybe the Sun is giving off too much green light for the plants to handle?
Nathaniel Gabor, a physicist at the University of California, created a model to help understand the problem. He found that by using mostly red and blue wavelengths of light, chlorophyll is feeding itself a steady diet of photons – just enough to power photosynthesis, and not so many that the cells are damaged by excess.

The stable stream of photons is maintained even as sunlight flickers through the canopy in varying amounts. If plants focused on using green light, they would be alternately overwhelmed by and starved of energy.
If we ask the question with evolutionary history in mind, a few more hypotheses pop up.
One is that ancient organisms who filled the oceans before chlorophyll came onto the scene did focus on using green light – and filtered it out of the surface waters. Red and blue wavelengths were all that were left to power photosynthesis.
Also, blue light penetrates most deeply into the ocean and would be the best source of energy down there even without green-light competitors above.
At some point, tides turned, and the red-and-blue-light photosynthetic organisms became dominant—eventually creeping out of the oceans and into our lawns.
So, why is grass green? Science isn’t 100% sure yet, but at least I can be proud that my MuseumMobile students know how to ask interesting questions.

Emily Stone is Naturalist/Education Director at the Cable Natural History Museum. Her award-winning second book, Natural Connections: Dreaming of an Elfin Skimmer, is now available to purchase at cablemuseum.org/books and at your local independent bookstore, too. For more than 50 years, the Cable Natural History Museum has served to connect you to the Northwoods. Visit our Mysteries of the Night exhibit before it closes at the end of February. Follow us on Facebook, Instagram, YouTube, and cablemuseum.org to see what we are up to.