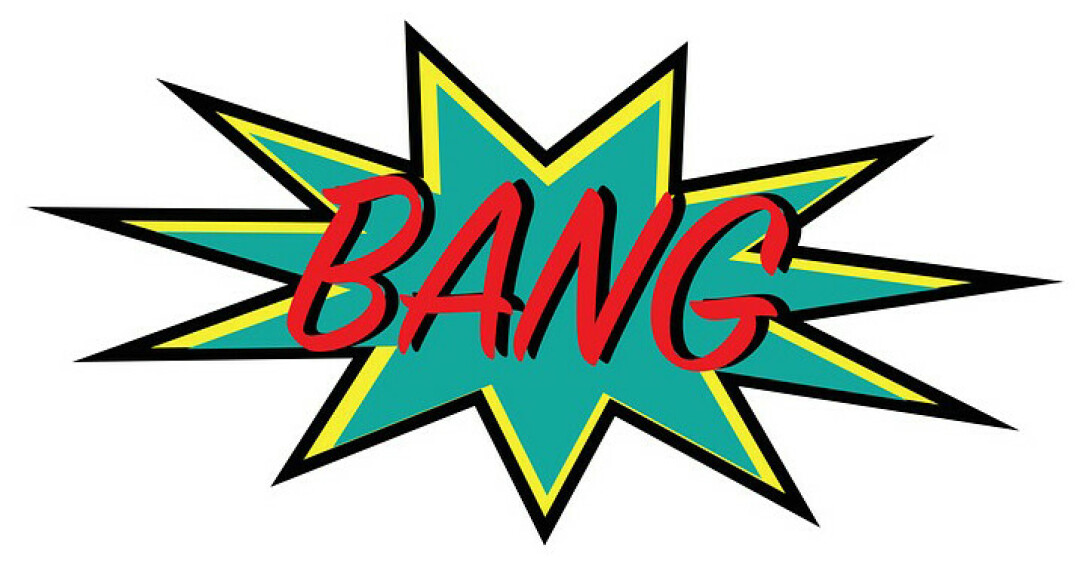 The English historian Edward Gibbons covered the rise and fall of the Roman Empire in six volumes published in 1788 and 1789. He covers 98 AD to 1590 AD in his epic work. Among his six volumes he has an excellent summary of why Rome failed in just one sentence: “The Roman Empire succumbed to barbarian invasions in large part due to the gradual loss of civic virtue among its citizens.”

He blames hollow men. T.S. Eliot in his poem ”The Hollow Men” describes how our world ends in his last lines: “This is the way the world ends/ Not with a bang but a whimper.”

We have barbarian columnists and radio and TV talkshow hosts spreading anti-vaxx, anti-mask, anti-Fauci, anti-science and anti-commonsense drivel on social media. The barbarians have formed more than 200 militias since that “birther” Barack Obama was elected.

The Nazi-loving barbarians have kept shouting at Jews: “You will not replace us!” There are barbarians in the Armed Forces who joined the thousands of tourists visiting the capitol on Jan. 6, 2020.

We have to remember that a majority of our military comes from the poorest counties. Joining the military is one way out of poverty.

Trump, who has no civic or personal virtue, is the leading barbarian using his Big Lie campaign to keep power. He said the rioters had a lot of love for each other and the police.

But what is most significant in 2022 is that barbarian politicians who have appalling flaws and virtually no virtues have converted to Trumpianity from Christianity and refuse to govern for the common good.

Absolute power has proved over the centuries to be an appalling flaw of barbarians.

Here is just a partial list of problems waiting for politicians who possess more magnificent virtues than appalling flaws to solve.

Income Inequality: Elon Musk and Jeff Bezos are just two of our 760 billionaires and 22 multi-millionaires In the DSA, but the two have more wealth and assets than the bottom 50% of our population. Half of our households live paycheck to paycheck. More than 600,000 are homeless every night. More than 1,500 homeless died on the streets of Los Angeles during the first 16 months of COVID-19.

Republican President Dwight Eisenhower stated these magnificent virtues in his 1953 inauguration speech: “In the light of this equality, we know that the virtues most cherished by a free people – love of truth, pride of work, devotion to country – all are treasures equally precious in the lives of the most humble and the most exalted. The men who mine coal and fire furnaces and balance ledgers and turn lathes and pick cotton – all serve as proudly and as profitably for America as the statesmen who draft treaties and the legislators who enact laws.”

His policies developed our middle class in key years after the war he helped win. Can you imagine Trumplicans McConnell, Cruz, Hawley, Jordan and Manchin speaking those words today?

Today we have billionaires and millionaires who could save the country from fascism, but they seem to be mentally handicapped by their yachts, private jets, tax havens and greed. After all, didn’t they make it all by themselves?

Gun Control: Just before last Christmas 12-year-old Artemis Rayford, a sixth grader at Sherwood Middle School in Memphis, wrote a letter to Tennessee Governor Bill Lee opposing a letter about his reducing the restrictions on carrying guns. Artemis was killed Christmas morning in his bed at 2:38 am by a stray bullet fired in his neighborhood. Memphis had a record 346 homicides, 31 of them children in 2021.

Eight-year-old Melissa Ortegra of Chicago was walking on the sidewalk with her guardian when she was shot in the head. A man had left a store near her and was targeted by somebody across the street.

English astrophysicist Mathew Willson was killed by a stray bullet while in the arms of his girlfriend he was visiting in Atlanta on Jan. 16. More than 30 rounds had been fired in a nearby housing complex. He came from England, where eight people died of gunshot wounds. We killed 40,000 with firearms in the same period. The Second Amendment has turned into the insane root that takes all reason prisoner.

Why in 2022 do we have car drivers firing bullets at Minneapolis snowplows? Congress should ask the gun culture racked by the insane root.

Virginia parent Amanda King, who opposed mask requirements made by the Page County School Board, threatened the entire board: “My children will not come to school on Monday with a mask on. That’s not happening, and I will bring every single gun loaded and ready to, I will call…I’ll see y’all on Monday.”

To Congress: How will we silence half the guns in the world owned by U.S. gun slingers? Make more silencers for sale on the internet and in gun stores?

The Filibuster And Minority Rule: Some senators claim the rules of the Senate like the filibuster were made to “cool” down the debate. But the rules were not made to freeze “the most deliberative body” forever – like the head of Ted Williams packed in a freezer in Scottsdale, Az., waiting to be attached to a fresh live body.

LBGTQ+ Alert! Medical Sex Alert! To all those Trumplicans who have eaten of the insane root of the Big Lie! Sex is in the brain, not between your legs!

Was sex developed by God perfect in every way? It’s a Critical Sex Fact. If there is a culture war to be had in the universe, Trumplicans will grab it like a lifeboat seat on the Titanic.

In 2021 “Christians” who don’t believe in Christ anymore such as Franklin Graham, Pat Robertson, Jerry Falwell, Jr and ignorant Republicans who believe Satan hides behind transgenders and other gays introduced 268 anti-LGGTQ+ bills and 147 specifically anti-trans bills in red states and passed a record 26 anti-LBGTQ+ bills in 10 states.

Let’s not forget the Vatican and some popes, cardinals and bishops who would just love to live without women somewhere between the 13th century while burning heretic at the stake and threatening Galileo with the same in the 17th century for saying the earth orbited the sun instead of vice-versa. It took 400 years for an apology!

I wonder what Vatican mothers thought of root-eating sons. The Vatican has made a mess of sex for 2,000 years.

What about the Vatican denying unbaptized babies heaven because they aren’t members of the “only” church of salvation? You’ve been debating it for decades.

Climate Change: Let’s see. Australia just set a heat record with a 123 degree day. The Gwich’in Arctic Circle caribou herders are having terrific problems because of heat waves and the tree line is moving North. The Olympic Committee is discussing whether to end the winter games because they would be unprofitable in Antarctica.

This, while Joe Manchin mines and burns coal in heavenly West Virginia for a buck. He must have a large helping of the insane root at dinner on his yacht on the Potomac.

Oh, and last year was the hottest recorded year during human history.

Two hundred people died of heat in capital-city Phoenix in 2020 with 53 days topping 110 degrees, 20 more than in 2019 in the city of 1.4 million. The director of heat response admits: “Phoenix is already unlivable.” It is the fifth largest city and the hottest.

Voting Rights: Gerrymandering allows politicians to pick voters. A Democracy allows voters to pick politicians. But Supreme Court Chief Justice John Roberts said gerrymandering should be left up to legislators! In Ohio? Pennsylvania? Wisconsin? Arizona? Texas? I thought we lived in a “one man-one vote” instead of a “one man – 1,000 vote” system. John, doesn’t the constitution say something about voting?

COVID-19 and Variants: Trumplicans and the Republican Supreme Court have a simple message to their cult: “If we keep ant–vaxxing, anti-masking, anti-distancing, maintain the death count at the present rate, and keep the three viruses alive for another nine months we can abort the Democrats from the House and Senate. And just think of all the Social Security money we’ll save for tax cuts if the virus knocks off a whole bunch of old folks. And we can impeach Biden every quarter! That’s a terrific party platform!”

A Critical Virus Fact: Red states have more virus deaths per capita than blue states. Even the Trumpian Supreme Court got in on the killing when it rejected the OSHA rule about vaccinations. The estimate is 6,500 more workers will die this year without the rule. It sets up a chant: “Hey! Hey! Supremes! How many workers did you kill today?”

Nearly 1,500 homeless died on the streets of LA last year. They died by the garbage of the richest country in the world.

The largest “religious” group in the United States is made up of ex-Catholics. I’m a member. I would think Christopher Dodson of the North Dakota Catholic Church would attempt to find out why. Instead he is defending a patriarchal church burdened with sex abuse cases and myths about women that refuses to live in the 21st Century. It is anti-science from Asexual to Zygote.

A fact: While shopping for the family, A Catholic woman will pick up birth control pills for herself, condoms for an ever-loving husband,, a pregnancy test just in case, and an address for an abortion clinic for failures. Just like all other American women with commonsense.

At mass on Sunday she will sit in the pews and think that many women would do a better job on the altar. After all, Jesus Christ spent a lot of time with women.

I repeat my claim: the Vatican has been bedeviled, bewitched and bewildered by sex for 2,000 years. By the way, Pew Research says 59% of Catholics say abortion should be legal.