Comic and not so comic fantasies 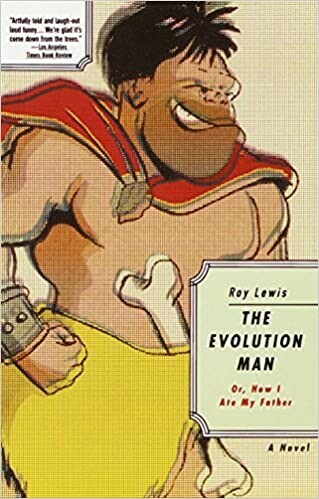 The definition of a comic fantasy is a fantasy which is told with some humor.  Humor, like beauty, is in the eye of the beholder.

I bought a book by Harry Harrison called Bill, the Galactic Hero…on the Planet of Robot Slaves. I read a few blurbs that said how funny it was, and yes, I know I have said you can’t ever trust the blurbs.
I read the first couple of pages, thought it was amateurish, and put it on my discard pile. Then I read a short story of his which was a parody of Horatio Hornblower, and it was pretty good, so I picked the book up again, thinking that maybe it would get better as I went along.

I realized it was a satire with an extreme anti-war agenda. Then I discovered the first book in this series was written in the 1960s, at the height of the Vietnam war. Harrison apparently has an issue with military brass in particular.

Against all odds, this book made me laugh out loud in one sentence. It was when the Chief Medical Officer was introduced as Dr. Mel Praktis. For what it’s worth, I think Harrison missed an opportunity when he failed to produce a nurse called Miss Di Agnosis, but that’s on him.

In this story, doctors are able to replace body parts like Terry Pratchett’s Igors, but there is always a shortage of the right parts, so they are replaced with whatever is handy. Bill, therefore, has two right arms, and a foot from a mutated giant chicken. They have also implanted tusks in his mouth to make him look fiercer.

At any rate, I slogged through the rest of the book without so much as a smile. There was plenty of absurd situations, but after a while it got repetitious. I wouldn’t recommend this book to anyone.

As long as I’m on a negativity kick, I will add another book to my do not read list: Evolution Man: Or, How I Ate My Father by Roy Lewis, which was described as a hilarious book about a Stone Age family.

The father is a scientifically minded man who discovers fire, and is heavily into urban planning. His son, Alexander, is a budding cave painter, whose work is soundly panned by cave art critics. His Uncle Vanya visits him regularly to kvetch about how these modern ideas, like making tools, are destroying Stone Age civilization. He says they should move back into the trees and behave like a Homo Habilis should.

This was Lewis’s first novel, and I was hoping it would be his last, but his bio says he wrote a few more. I can’t say I found this book amusing in the least.

Last week, I said that Tom Holt as of now is my favorite author of comic fantasy. I have read a lot of his books, and at some level I have enjoyed them all.  Several of them, like the Snow White book I reported on last week, I have found as hilarious as any Dave Barry or Douglas Adams book I have ever read.

I have, at this moment, three more of his books that I look forward to reading in the near future. 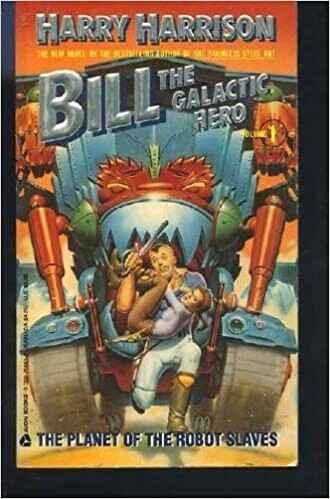 Of all of Holt’s books, there were two that I liked less than most of the others : one was called Nothing But Blue Skies, and the other was Valhalla.

As I said at the beginning, everyone’s sense of humor is different, so I would not advise you to avoid these books, but I will try to explain what I found less than satisfying about them.

Nothing But Blue Skies is about a Chinese water dragon trying to live as a human in London. She has an office job, and she has a crush on a co-worker who doesn’t seem to notice her. Every time she gets upset, which is often, it rains, which explains why London is so wet all the time.

She is trying to escape her fate, and her father keeps trying to bring her back. In the end, she fails, which I thought made for a sad ending. Maybe that’s just me.

In a huge auditorium, there is a long, freshly painted wall. In the bleachers are Frederick the Great, Genghis Khan, Attila the Hun, Joan of Arc and thousands more. They are fascinated by the drying paint.
“What is this place?” a newcomer asks. “This is Valhalla,” he is told.

Valhalla, according to Norse myths, is a place where warriors fight, drink mead, die, get restored and rise to fight some more. They are killed, and even if they are beheaded, they are restored each morning to drink and fight again. They are Vikings, so they are content with their fate.

Carol Kortright, a recently deceased cocktail waitress, arrives as a Valkyrie. Her job is to keep filling the men’s cups with mead, and clean up their messes. Sort of what she had been doing as a cocktail waitress.
The odd thing is that Carol’s father, Lin Kortright, appears to be an immortal being. For thousands of years, he has been an agent for gods who have lost favor. His clients are old Mayan, Egyptian, Greek and Roman gods as well as the Norse gods.

Now, with his daughter dead, he is frantically trying to get a deity to help him restore her to life. There is no explanation for how he comes to have such a young daughter in the first place.

He found Odin his present job – not that Odin appreciates it.

Carol tries to rebel against her new job, but Odin frustrates her at every turn, and of course the Viking men aren’t really interested in changing anything.

A stranger sits by Howard, and explains that he is a headhunter, before he stabs him in the heart.
He comes to as he is being shelled by an explosive device. He is in his home town, but it is in the midst of a war. The stranger, who is Odin, tells Howard that he is in Valhalla, and that he should be enjoying himself. He gets blown up, crushed, or shot every day, only to wake up the next day to fight and get killed again

The humor in this book seems like an unrelenting, extended practical joke. It is based on Norse myth, which I have always considered depressing. Thanks to Marvel Studio’s Thor films, most people are familiar with the Norse End of Days, Ragnarok, where everyone dies, and everything is destroyed.
I think my forebears the Scandinavians embraced Christianity readily because Christianity offered them a happy eternal life, while the Norse myths offered only death and destruction.