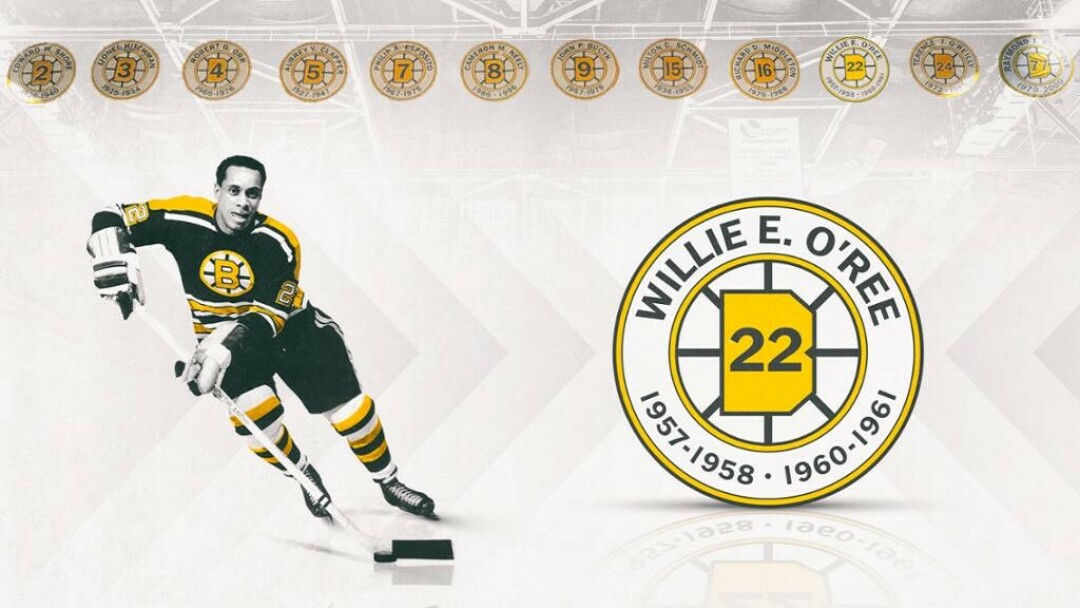 BEAVER BAY – I can’t tell you that I’m a fan of the Boston Bruins because I’m not. The first team I ever cheered for was the Montreal Canadiens, who are sworn enemies of the B’s.

Nonetheless, I have been a longtime admirer of the man who broke the NHL racial barrier years back, a first-class gentleman named Willie O’Ree.

Last Monday night in Beantown, O’Ree had his sweater retired by the club in a pregame ceremony. O’Ree appeared by a virtual satellite hookup. At 86 years young, he still keeps a pretty packed schedule. He played more than 29 years, mainly at the minor league level, but when he was called upon as a Bruins minor leaguer to come up to the big club, he didn’t hesitate.

In the 1957-58 season, he got into two games. Then in the 1960-61 campaign, O’Ree appeared in 43 games. Obviously, O’Ree’s number of games played in the National is pretty low compared to others who have had this high honor.

But that’s not why he was inducted into the Hockey Hall of Fame and now add’s this feat to his list of accomplishments. He is there for what he endured as the man to break the racial barrier and as one of the best ambassadors the game has ever had.

The NHL brought Willie on board in 1998 as the league’s Diversity Ambassador. He has relished the role and has inspired many youth players with his positivity and message of confidence and inclusion into the sport of ice hockey.

This honor was long overdue, and I knew that when it finally came to fruition, and an actual ceremony was held, I would be smiling and choked up at the same time. I was. I couldn’t be happier for Mr. O’Ree to receive the recognition he deserves finally.

I am left to wonder what took the NHL so long to act on this. But it has taken place now, and it was a nice honor for Willie to receive and for his family to be able to share with him.
In studying O’Ree’s background and reading some history about him, he acknowledged some of the racist attacks he had to endure. Some came from fellow players (but not teammates) and, of course, fans at various arenas he would play in.

One of the most infamous incidents occurred against the Chicago BlackHawks when a player, Eric Nesterenko, butt-ended O’Ree with his stick, dislodging two teeth and breaking O’Ree’s nose in the process. O’Ree thought he had better protect himself and hit Nesterenko over the head with his stick. The Hawks players and fans turned on O’Ree immediately, threatening him with racist taunts and threats of physical violence against him. 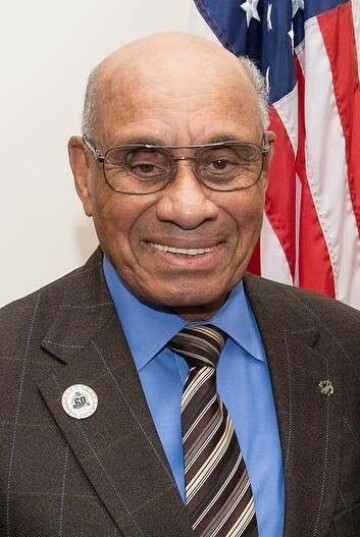 While O’Ree also stated that he had to endure racism in his native Canada, it wasn’t as bad as in the United States.

Willie has said many times that he endured a lot of the hate thrown toward him because of his love of the game itself. He opined that their behavior was “their problem” because he would play the game he loved no matter what. And that he did. He appeared in 855 of them, if my math is correct.

Not only that, he has made a life of his commitment to the game. Few have worked more tirelessly than O’Ree to help kids of color and other disadvantaged youths get into the game that so many of us love.

This guy IS a true hockey hero. For those who don’t like that simply because of the color of his skin, I feel sorry for you. You have some serious problems. The game I love is better off without you anywhere near it.

Sadly, there is still racism exhibited in the hockey community, both at the pro and amateur levels. It’s pathetic.

Just these past few days, I have received announcements of a suspension for one player and the outright contract termination of another who was involved in racist incidents against players of color.

Last Friday, the AHL suspended player Krystof Hrabik for 30 games for using a racist gesture against an opponent of color in a game on Jan. 12. The ECHL has placed an indefinite suspension on player Jacob Panetta for using a racist gesture toward an opponent who is black. It just happened to be the brother of the NHL D-man PK Subban. I think the only reason Panetta wasn’t dismissed from the league immediately is that there is a collective bargaining situation to be followed. He hasn’t had a hearing with league officials yet.

The younger Subban took offense with an aggressive play by Panetta and tried to engage him in a hockey fight, but Panetta wouldn’t do it. When Subban turned away from him, he allegedly made a “monkey gesture” toward Subban behind his back. Subban then hit Panetta several times for doing that, and the league stepped in quickly with the suspension post-game.

But generally speaking, most of the various sports leagues don’t appear to be administering the type of punishments that might diminish or end this Neanderthal behavior. They talk of the dilemma of racism, they expose it to an extent in our society and culture, but when it occurs in their league or sport, the punishments don’t seem to be having the desired effect.

Is it time for some no-tolerance punishments to be handed out? It might make some potential perpetrators think twice; others, who aren’t too bright, to begin with, would likely still offend. Their ignorance is too ingrained within.

It doesn’t help when at least one league says one thing and does another.

So the NFL came up with the “Rooney Rule.” It was created in 2002 and has been revisited once to strengthen its concept. That concept ensured that a specific percentage of the league’s hirings concerning those positions went to black individuals.

It hasn’t played out the way it was intended to.

For instance, in a very recent postseason in the NFL where six head coach positions were open, a minority was hired to fill one of them. Sixty-nine percent of the league’s players are black. Coaches of color hold 35% of assistant coaching positions. And out of 32 head coach spots, only two were held by coaches of color during that season. That’s .0625% of the head coaching positions. Yup. Six and a quarter. That’s pretty weak.

Just today, I read of the two suspensions handed out at the minor league hockey level. As a people, white

Americans have seemingly not advanced at all. It’s disheartening. We have made some progress. We haven’t made enough.

Perhaps we just aren’t serious enough about this issue yet. PEACE