Dogma and karma of Trumpianity 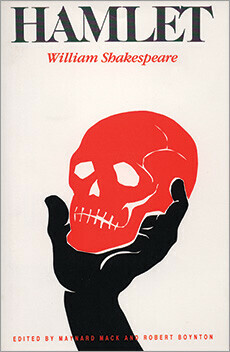 Up until the presidential election of 2016 there were an estimated 2,600 religious denominations in the world. On Nov. 3, 2016, enough White Power Christians morphed into Trumpians to make 2,601.

As a person who has been involved with both Roman Catholic and Protestant dominations for 82 years after going through First Communion at seven years,I was not surprised that a recent Gallup Poll found more than 75 million Americans had dumped churches as part of their religion. Just 47% of the total population in 2021 belongs to a house of worship – but “religion,” whatever it is, continues to have an influence in politics.

I have joined the 53% who have witnessed a majority of Christians who no longer believe in anything that Jesus Christ preached for a few years on earth. Therefore, I have joined the “nones” who have no church affiliation.

Christ’s” sermons” were all tied to the relationship among God’s creatures: “For I was hungry and you gave me food, I was thirsty, and you gave me drink, I was a stranger, and ye came unto me. and you took me in: naked, and you clothed me: I was sick, and ye visited me. I was in prison.”

For 2,000 years people called Christians followed Jesus Christ’s teachings. But in 2016 these White Christians elected their “Chosen One” Donald Trump to give them power over Jews, Blacks, Browns and “Others” through White Power nationalism. Trumpians use Christ to maintain power over minorities and women.

More than 2,300 years ago two Greeks came up with the idea that everything in the universe needed to be placed in some kind of order, so they put God (or gods) at the very top of their “Great Chain Of Being,” followed by angels, humans, plants and minerals at the very bottom.
Christians thought it was a great idea. Gods are higher than angels in various heavens, angels are higher than humans, white humans are higher than black humans, any human is higher than animals, the lion, as an example, is king of all animals (even over apes and chimps?), animals eat plants, and plants grow from soil, rocks, gravel and sand – at the bottom of the chain.

All humans are in the middle of the chain. Humans can really screw things up by attempting to be gods, angels or higher than other humans. If a human tries to rule other humans and is short of intellect, disaster occurs to everything he touches.

In Shakespeare’s day Christians who attempted to move up the chain of being failed everybody if they were not capable of climbing the chain.

Think of the number of people moving up to CEO level today who have failed to manage well. We call it the Peter Principle today – one step above our talent and capabilities and we really screw things up.
Shakespeare used the Great Chain of Being so much in his plays the chain was called the Elizabethan Chain of Being.

In Macbeth the noble Macbeth murdered King Duncan so he could rule Scotland. But he was so ill-equipped to rule, even horses in their stables rioted and broke their stalls.

In his play Hamlet, scores of humans die at the climax because many were trying to climb the Elizabethan Chain of Being and failed.

To cut to the quick, we have suffered years of disaster and misrule because Donald Trump, the White Christian Chosen One, believes he is mentally fit to lead all humans and the mountain gorillas of Africa and the chimps of Indonesia.

The Trumplicans in the 21st Century need to answer the question Shakespeare asks in Macbeth: “Have we eaten on the insane root that takes the reason prisoner?”

White Republican Christians turned Trumplicans have not only devoured insane root, they have sentenced reason to solitary confinement at Mara-a-Loco.

Does the moral universe bend toward democracy or autocracy?

Dr. Martin Luther King, Jr. on March 31, 1968, used a line abolitionists often quoted as early as 1853 to inspire his followers: “We shall overcome, because the arc of the moral universe is long but it bends toward justice.”

I am too much of a cynic watching governments to agree that the”moral universe” of the U.S. is bending toward justice instead of fascism.

What is important today? How much of a bend of the arc of the universe one way or the other we will see after eight years of Donald Trump and Joe Biden?

Trump has eaten of the insane root of malignant narcissism where he is the only one at the top of the human section of the Chain of Being. He has no moral universe because he has none.

Joe Biden is an average man, old for his age, who suffers from political senility. He has wet dreams about bipartisanship, crossing the aisle and negotiating compromising deals with those who have eaten of the insane root of the “Big Lie” and 30,000 smaller ones – and lost all reason.

What can a president do when the party that lost a presidential election becomes a cult and its members raise their arms – shot with the insane root of the Big Lie and Stop The Steal – and yell “Heil” to their new Hitler?

Will we ever agree on any issues? Let’s look at some:

1. The United Nations has estimated that women have averaged 214 million pregnancies a year in the last five years. OB-GYNS in developed countries have estimated that between 15 and 20% of pregnancies end in miscarriages, sometimes even without the knowledge of the pregnant woman. Let’s use the 20% figure because prenatal care influences the survival of the fetus. There is little prenatal care in developing countries. That means more than 42 million miscarriages due to malformations, disease, accidents, and thousands of other medical reasons occur every year. Donald Trump insists that his hair in all its glory must be “perfect” before he goes out in public. Some religions claim God is perfect. The Bible says he checks out everyone in the womb. If he were perfect, wouldn’t we have 42 million more perfect fetuses born as perfect babies every year?

2. The UN has estimated that 61% of the 121 million unintended pregnancies in the world are aborted, accounting for 73 million abortions. The reasons for abortion are not tied to any insane root. Abortions are performed because of incest, rape, family planning failures, contraceptive failures, personal choice and thousands of medical reasons. Does a fertilized egg have more rights than a woman? Is God perfect? Yes, we do a lot of “multiplying” and we can do it every day of the year and twice on Sundays. We are animals at the top of the food chain. We don’t murder fetuses until it is born through the birth canal and becomes a baby or as in Macbeth when Shakespeare ”untimely rips” Macduff from his mother.

Pro-lifers are marching in Washington again urging the Republican Supreme Court to dump Roe vs. Wade. They should stay home and learn everything there is to know about what happens when a penis meets a vagina. Lessons and contraceptives would end a lot of abortions. Perhaps the Vatican might finally understand why Roman Catholic women have abortions and use contraceptives at the same rate as women in the other 2,601 denominations.

The pro-life community preaches that it recognizes the dignity of life from “womb to tomb” and are “against the killing of unborn children.”

Fetuses don’t become children until they are born. Even before the Middle Ages, Christians, Jews and Muslims agreed that 80 days after birth was a reasonable time to start calling a fertilized egg a child.

3. Harvard Biology Professor Edward O. Wilson, known by other scientists as a teller of hard truths, died at the age of 92. He studied the biological footprint of the human, putting us ingloriously close to the ape with its feet stuck in the mud. He did not place us close to angels with wings on the Chain of Being. Wilson claimed because our major evolutionary development took place while in small groups on the African savanna humans have great difficulty living in huge groups of the 7.8 billion humans alive today. He said if we could better understand our biology, we would create better conditions and promote us to do the right thing.

Many people are beginning to realize the Ivy League graduates, particularly Harvard, Yale and Princeton, have the finest education, learn everything there is to know about a subject, but have failed to learn the most important lesson: the difference between right and wrong. Texas Senator Ted Cruz is the best example of the “smartest guy in the room” who can’t the difference between right and wrong. Professor Wilson would agree with that.

4. I am shocked that a perfect God did not know how to create humans and give each testosterone, estrogen and other hormones down to the last milligram so we had perfect males and females instead of humans ranging from LBGT to Queer+. Good God, He was there and checked us off in the womb! He even possessed a saint named Augustine who pleaded: “Please, make me chaste – but not yet” (I have a date tonight!).

Some think about having sex all the time. Some are born with a vagina but their brain tells them it should have been a penis – or vice-versa. Millions in the world are busy transgendering from one sex to the other. The Vatican says homosexuals are “intrinsically disordered.” Tell that to Michelangelo, Pete Buttigieg, Leonardo DaVinci, Mary Trump, Alexander The Great and Kenneth Felts. Who is Kenneth Felts? He knew at age 12 he was gay but he spent 78 years in the closet and finally came out at 90.