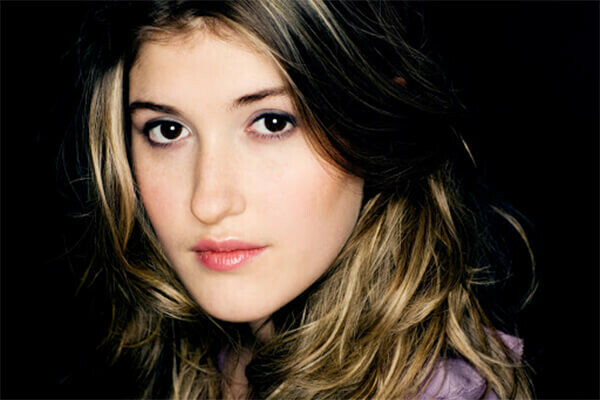 After 22 months back in my hometown, I finally got to hear the Duluth Superior Symphony Orchestra again. Can’t recall when I last heard the DSSO, but I left this area to work for newspapers elsewhere in 1985, so it’s been some time.

I had the great fortune to be offered a ticket for last Saturday’s To Be Bold concert, featuring young Canadian pianist Marika Bournaki performing Tchaikovsky’s Piano Concerto No. 1 in B flat minor, followed by the DSSO concluding its recording of all the Beethoven symphonies with his Symphony No. 3, Eroica.

Looking up the program, I saw the night would feature Marika Bournaki, of whom I knew nothing except the oft-repeated line from the Huffington Post that she is “the Celine Dion of classical music.”

Also not being familiar with Ms. Dion means the line is absolutely meaningless to me. I do know she’s from Canada, but surely it takes more than that for the line to keep being repeated.

After seeing her extremely physical performance of the concerto, that line just seems ridiculous. She needs no such comparisons.

She and the DSSO seemed perfectly attuned, a well-oiled machine, bringing to life the Tchaikovsky piece with the famous lush, romantic opening that has been used in so many ways, from cartoon pastiche (for example, in 1943 the cartoonists doing Warner Bros. Merrie Melodies decided to parody Walt Disney’s 1940 “highbrow” classical music/cartoon mashup Fantasia with “Corny Concerto,” which begins with Tchaikovsky’s Piano Concerto No. 1) to a Monty Python’s Flying Circus sketch to the closing ceremony of the 2014 Winter Olympics in Russia.

It’s amazing to me that this piece by the great Russian composer had its debut in Boston on Oct. 25, 1875.
Boston? There’s a fascinating story behind it concerning Tchaikovsky’s friend Nicolai Rubinstein, considered the towering Russian pianist of the day and his rejection of Tchaikovsky’s piece, calling it unplayable.

So Tchaikovsky brought the work to German conductor and piano virtuoso Hans von Bulow, whose wife, Cosima, daughter of Franz Liszt, had just run away with Richard Wagner. The concerto struck a chord with heartbroken von Bulow, who had a tour of America scheduled and decided to debut the work in Boston.

As a vinyl record collector, I have multiple copies of this work, however this was the first time I had the opportunity to hear it live, and it becomes a different beast with such a moving and memorable performance by pianist and orchestra.

I took copious notes about the performance and the beautiful interaction between orchestra and pianist, but I’m unable to decipher the demonically crabbed handwriting, and the steel trap that was once my mind is getting a bit rusty. Among the scribblings, I can make out two words – “seismic” and “filigree.”

I know it refers to Ms. Bournaki’s performance, but that’s it.

It was obvious from her passionate performance that she gave it her all, and that is a lot.
Music Director Dirk Meyer introduced the second half by saying Beethoven’s revolutionary Eroica changed the face of music and ushered in the Romantic period.

“You’re in for a treat,” he told the audience. “It’s an amazing piece of music and the DSSO sounds fantastic.”

How right he was! And part of the magic was Meyer’s physicality in conducting the piece, almost seeming to dance on the podium with the pulse and thrum of the music. The passion and drive he brings to the DSSO is obvious.

All of the beauty and power of a symphony orchestra was on display, musically turning on a dime with beautiful elasticity. All the sections got a good workout, with so many emotional states the music puts us through – triumphant, mournful, rollicking, heroic.

Simply put, the DSSO sounded brilliant. But you can judge for yourself. Ticket holders can repeat the concert online, or you can listen for $15 at DSSO.com.