Is psychoanalysis available for WILD fans? 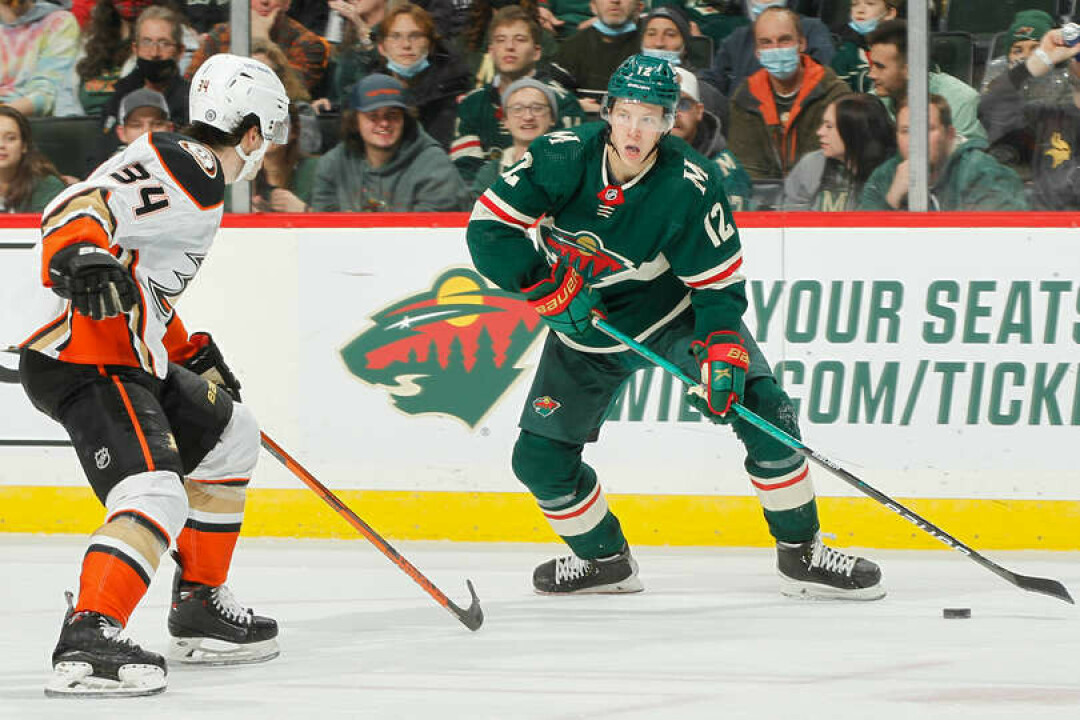 ST. PAUL – It’s confirmed; there is no doubt that I am addicted to hockey. I’m not complaining about it. There are far worse things to be attached to at that level than hockey could ever be. Sure, I’m being facetious. But like a lot of Minnesotans, I have a psychological bond with this thing that so many of us love here, and at times, it defies rational explanation. I fully understand this. I can only take minimal solace in knowing that I’m not the only one in The State of Hockey suffering from this.

I have been thinking of the Minnesota Wilds’ recent successes while considering how much of their talent is in the press box right now for a variety of reasons, be they injury or Covid protocols. After a down spell and losing streak that had many of us considering why we continue to debauch ourselves as Minnesota sports fans (including the national embarrassment in the Winter Classic), the team has had a couple of solid weeks and is currently sporting a three-game win streak. Two of their beaten foes are considered to be pretty good teams in the scheme of all things NHL. It is somewhat impressive.

Just a couple of weeks back, the WILD beat the Bruins and Capitals in a span of three days. They did so with a makeshift roster and did it impressively. This Friday night past they ran the Anaheim Ducks right out of the Xcel Energy Center in a 7-3 spanking. Sadly it was the only game of the week the team would play. Perhaps that isn’t a bad thing right now, though. The team is still missing some pretty essential pieces. In roughly 16 hours from now, the boys will hook it up with the Colorado Avalanche in downtown Denver. They will be playing without Spurgeon, Eriksson Ek, Brodin, and Talbot. On the good news side, it looks like they will be back in the lineup in short order. This will be a benchmark game, in my view, to see where the WILD are at. The Avs are one of the top three clubs in the game.

The tremendous win streak earlier in the year had all of the fan base in a pretty giddy state of mind. The losing streak and getting paint-brushed in the Classic was a huge reality check. For myself, I wondered if it was time to re-evaluate the team and what they really had. I had to remind myself that streaks in pro sports would happen positively and negatively. And the WILD wasn’t going to be immune from that. One of my big questions was whether or not some of the team’s depth players, who are also among their youngest rostered members, were ready to be thrust into this. There have been some positives there, and we’ve found out that at least one player needs some more time to develop.

We got to see firsthand that Matt Boldy is for real. He has left many fans wondering why GM Bill Guerin didn’t call him up earlier. He has played recently with Kevin Fiala and has injected life into Fiala’s offense. And I must mention once again the epic goal that he and Marcus Foligno connected on in the Bruin game.

The young D-man Calen Addison will also play in the show for good at some point. His partner versus the Duck, Dakota Mermis, acquitted himself well. The highly skilled Marco Rossi got a look, but I feel that at this time, he will need some more development before making it to the big club permanently. Connor Dewar played in the Anaheim tilt, and his game was just a notch above where I see Rossi right now. It is easy to see Marco’s talent and skills; he needs to improve on his defensive game and absorb the subtle nuances of the NHL game. He will, but the team is going to have him work on that in the ‘A.’

Between the pipes, Kaapo Kahkonen has filled in for Cam Talbot admirably. The team is comfortable in front of him, and he is respectable when I look at his NHL data. In ten starts this season, he is 7-2-1. His overall win numbers with the Wild are solid too. In 38 games started, he is 26-11-2. There are tenders in the show with better GAA and Sv% stats, but this guy and the team seem to win when he plays. Imagine a tandem down the road with Kahkonen and the young Swedish phenom Jesper Wallstedt on the roster. A glimpse of the future has replaced the despair of the five-game losing streak. For now, the boys are trending upward.

Of course, there is still a lot of season to go yet, and a team’s fortunes can turn on a dime. This week, the WILD will be at COL for a Monday matinee game on Dr. Martin Luther King Jr. day. The team will then have a home and home with the Chicago Blackhawks on Friday and Saturday night to close out the week. The Hawks will give the WILD a couple of challenging games despite their record. The looming game with the Avs, though, is must-see WILD TV! PEACE

I DIDN’T PERSONALLY SEE a lot of the Wild Card weekend in the NFL playoffs; however, the two games that I did view a few minutes of were kind of atrocious from an officiating standpoint. In the CIN vs. LVR game, the Bengals had initiated a play, threw a pass to an open receiver in the endzone, and right before the player caught the ball, an official inadvertently blew his whistle. It is my understanding that the play goes “dead” right on the spot when that occurs. The player made the catch, and after some discussion, the play and the touchdown were allowed to stand when they shouldn’t have. Yikes.

It was a whistle and flag festival in a game today with the Cowboys vs. the Forty-Niners. And then, with just a few seconds left on the game clock, there were issues with the Cowboys lining up at the line of scrimmage and of an official spotting the ball correctly. It was a mess.

One of my gripes about viewing NFL football these days is when the refs dominate a game and make incorrect calls. This is a longtime issue with this league. They need to address this and fix it. Please. OVER & OUT!