Can we have estates and parks? 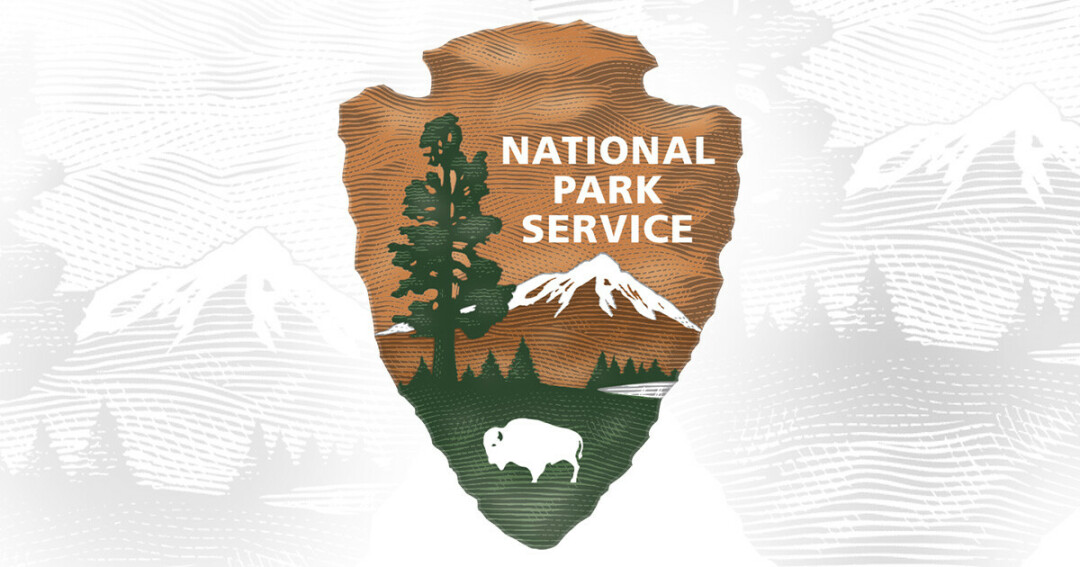 When will the do-nothing Congress fund parks for the 99 percent?

The Raymonds are state and national park people. Our farm was four miles from Lindbergh State Park along the Mississippi River at Little Falls. We spent many a wonderful weekend and holiday under the huge pines and fishing for northern pike and walleyes in the river above and below the dam.

The park, formerly a farm of 110 acres, was given to the state in 1931 by the Lindbergh family after the son of Charles A. Lindbergh flew across the Atlantic in 1927. The first Charles A. was a prominent Little Falls attorney who also served in the U.S. House of Representatives.

It’s a great little park fully developed with shelters, hiking trails, bridges across creeks and more than 4,000 pine trees planted by the Works Progress Administration (WPA) of FDR during the Great Depression. This is where we fell in love with parks made for the common man.

Since our early start, our family has enjoyed state and national parks and other federal properties in 49 states (missed Delaware somehow) and every province in Canada except Nunivut (which has no roads). Currently there are 423 different units in the National Park System. We have traveled an estimated 250,000 miles with tents, station wagons, pop-up campers, pickup campers and several motor homes to reach the facilities.

Of the 61 listed as historical national parks, we have camped in 53 of them. There are also 129 national monuments commemorating some historical event. We have enjoyed at least half of them.

We have also camped in many National Forest and Interior Department campgrounds scattered across the country. Denali in Alaska, Yosemite in California, and Yellowstone in Wyoming are our favorite national parks in the U.S. Canada’s Jasper National Park is an absolutely beautiful park complete with animal overpasses over interstates so they don’t get killed in traffic.

Devil’s Tower in Wyoming and Canyon de Chelley in Arizona are two fascinating National Monuments. I also will always remember paying $325 to fill a motorhome gas tank in the Northwest Territories!

And refuse to pay enough taxes to maintain the 423 park units operated for the 99 Percent. After all, they own their own parks. The rich wouldn’t be caught dead parked next to commoners in parks dedicated to 99 Percenters.

Our family has camped in hundreds of campgrounds in and near state parks, national, parks, monuments and other recreational spots in more than a span of half a century in North America. We have camped at most of the important Civil War battlegrounds. I can’t recall seeing a Black, Hispanic, Asian or Native American family in any of the hundreds of units we have visited.

We have magnificent public lands in almost all sections of the country to be used for rest, relaxation and recreation for the common good. But the DO-NOTHING Congress has failed to properly fund the National Park System for decades.

It now has a repair backlog of $12 billion for just infrastructure to accommodate our ever-increasing population.

As an example, our Christian Chosen One tried to cut $13 billion from the park budget in 2017 when in the previous five years visitors increased by 14%. Congress denied the cut but did nothing about the $12 billion infrastructure backlog – and did nothing to add staff.

We need to add thousands of seasonal workers, park rangers, guides and maintenance staff. The psychopathic sociopath totally unfit to lead anything has only one love and interest – Donald Trump. He revealed his true character in this 2020 diatribe in the White House about EPA shower head limitations:

Shakespeare was not thinking of politicians like Donald Trump when he wrote these lines spoken by Miranda in his play The Tempest when she meets new people on an island: “Oh wonder! How many goodly creatures are there here! How beauteous mankind is! O brave new world, that has such people in’t!”

Do all politicians have ‘appalling flaws and magnificent virtues?”

Shakespeare wrote many plays based on events in England and Europe. You must know the history before getting serious about the literature.

Ronald Hutton, in his book "The Making of Oliver Cromwell," describes a politician who played major roles in English politics in the middle of the 17th century. He writes: “Great leaders, with a tiny number of exceptions, are complicated people who possess both appalling flaws and magnificent virtues. (Oliver Cromwell) is courageous, devout, resolute, principled, intelligent, eloquent, able, adoptable, and dedicated, but also self-seeking, unscrupulous, dishonest, manipulative, vindictive and bloodthirsty: definitely not somebody to be taken at his word.”

I classify myself as a news junkie, fascinated by our virtuous and appalling leaders at every political level. Since 1993 I have published more than 1,400 columns, most of them about the politics of the times, that equals the publishing of 45 books in the United States.

Each day I scan The Forum, Minneapolis Tribune, USA Today, The Guardian, Washington Post, The Wall Street Journal and The New York Times. I recognize the names of many of the 435 members of Congress who “serve” us for short or long times. I know many of them who have appalling flaws and a few who have magnificent virtues.

As an example, John McCain had magnificent virtues burnished by pain, torture and Cong imprisonment. His magnificent virtue was telling truths. His appalling flaw was selecting Sarah Palin as his running mate.

His Senate buddy of many years, Lindsey Graham, for some unfathomable reason, has never told the truth since McCain died and has appalling flaws advocating for his present Great Leader.

Each citizen should compare his representatives with the qualities possessed by Oliver Cromwell – and then vote accordingly. Do their magnificent virtues outnumber their appalling flaws?

Recent Congresses have been overwhelmed by those who have more appalling flaws than magnificent virtues. Why have they completely ignored the National Park System? It’s actually a little deal compared to financing the total “common good.”

Here is some appalling evidence

Visitations to national parks went up 20% in the last five years. In the same years the staff was reduced by 14%.

How many of the 435 members of Congress knew it? The negligence is appalling. Among the visitors are millions of people from the world who visit to see our world-class magnificent scenic virtues. We should at least have clean toilets to host them.

Grand Teton National Park registered 3.8 million visitors in 2021 and the superintendent is extremely worried about maintaining a high-quality visitor experience under the present funding.

Yellowstone had 4.4 million visitors in 2021 – a million more than in 2019. Basic services such as bathroom cleaning, guide service and just answering questions about the park were almost impossible. Bathrooms had to be cleaned five times a day instead of three and more than 2,000 trash cans had to be emptied and returned in half the time set aside for that service.

Yellowstone’s Old Faithful Inn rents for $500 a night but customers complained there were no servers for food, no maids to clean rooms and breakfast was a cold bagel! Welcome to American efficiency and exceptionalism, European and Asian visitors!

This is appalling. Can 435 American politicians be so damn stupid and greedy?

Would it take a whole day to come up with $20 billion for the parks?

Jeff Bezos made $13 billion on the stock market in less than eight hours last year! We can find $700 billion for national defense and $300 million a year for Viagra and can’t come up with $12 billion for park infrastructure to cover a decade or more of neglect?
Evidently the members of Congress who have appalling flaws outnumber those with magnificent virtues about 10 to 1.

What is this crap about a great economy?

We keep hearing from the corporate-owned press about the great and improving economy, the exploding stock market, and unemployment at 3.9%.

Everybody needs a few critical facts just like the anti-Critical Race Theory conspirators need a lot of history lessons.

Critical acts are the rich are getting richer and the disappearing middle-class are joining millions in poverty.

Here are just a few critical facts to remember about how poor the economy is for the bottom Ninety Percent:

(1) 64 million American households live paycheck to paycheck;
(2) More than 600,000 are homeless every night;
(3) 80 million are uninsured or underinsured for health and millions declare bankruptcy every year because of medical bills;
(4) 83 million cannot afford the prescription drugs needed to control or maintain their health;
(5) 43 million Americans of every adult age owe $1.7 trillion in student college debt;
(6) Reagan, Bush and Trump tax cuts added $10 trillion to our national debt;
(7) the Bush-Cheney wars in Iraq and Afghanistan added another $10 trillion to the national debt.

These seven facts represent the seven deadly sins committed by the appalling flaws in the majority of the 435.

The 760 billionaires who rent, lease and own the occupiers of the White House, Capitol and Supreme Court got 25% richer during the pandemic in 2021, adding $1 trillion to their combined wealth. U.S. billionaires now collectively own $5.1 trillion in wealth while the bottom 50% of our population owns just $3.4 trillion in “wealth.”

They made billions playing the stock market and the luxury real estate market in 2021, as The Wall street Journal front-paged: “(It was) a year for the record books!”

Forty properties were sold for between $50 million and $200 million. All this while millions of the poor and middle-class are getting eviction notices. Rupert Murdoch, owner of The Wall Street Journal, topped the list spending $200 million to buy a 340,000acre Montana ranch that has 25 homes. He bought it from the Koch brothers who each have about $50 billion in wealth. American billionaires have increased superyacht orders in Europe by 15%.

Are we about to lose our democracy? Actually, we haven’t had much of a democracy to even begin with because our leaders have had too many appalling flaws and too few magnificent virtues.