A day of treason revisited a year later 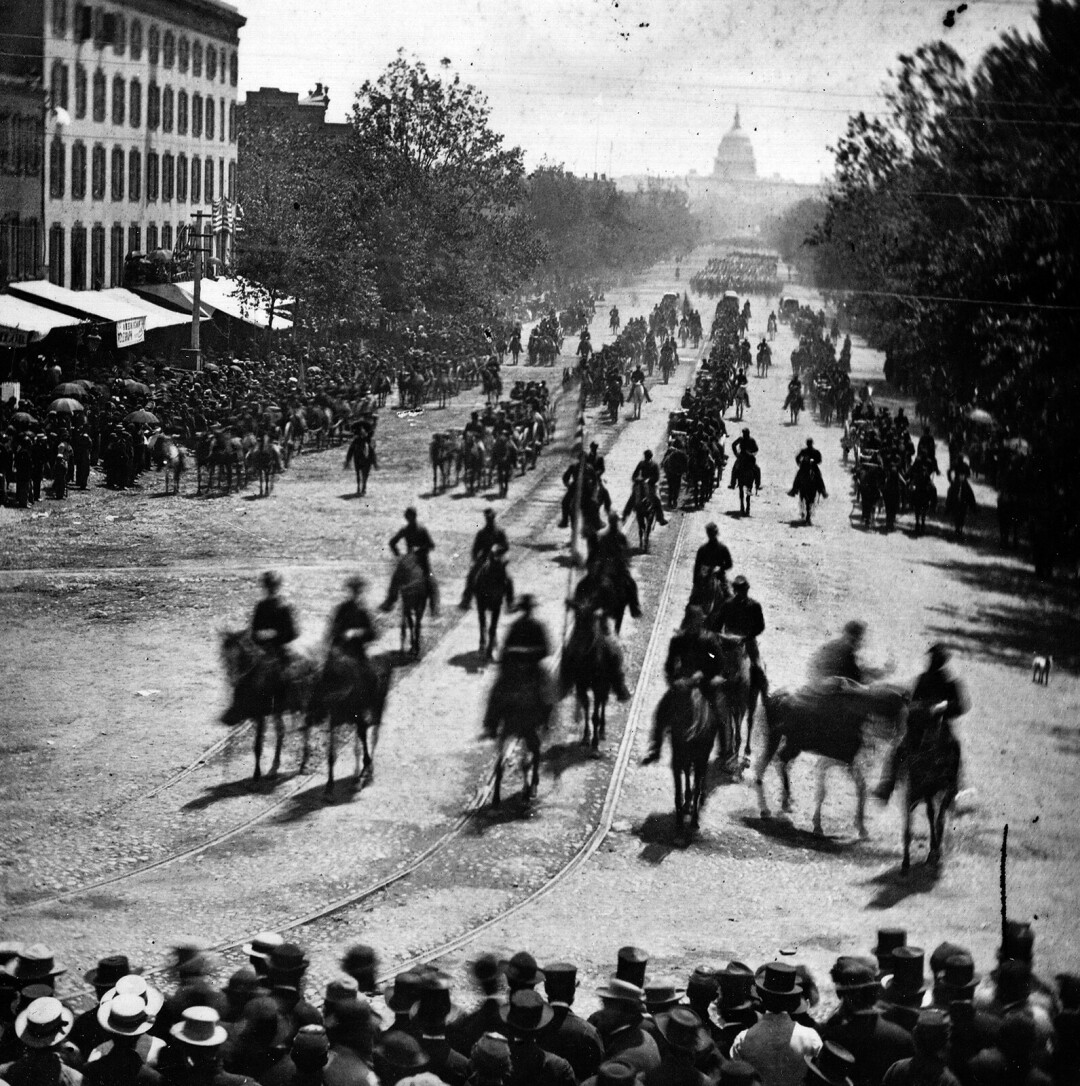 The Grand March through Washington after the Civil War, which began when traitors attacked Fort Sumter on April 12, 1861. Photo by Matthew Brady in the National Archives.

Here’s a thought experiment: Imagine that the federal troops who entered the nation’s Capitol in the “Grand March” after winning the Civil War were suddenly transported to the Nation’s capital 156 years in the future to Jan. 6, 2021.

As they proudly marched past imagine what would happen if they saw people in strange modern dress waving Confederate flags battling to enter the nation’s Capitol. What would these well-armed soldiers do?

I watched that invasion slackjawed on television one year ago. Google: Duluth Reader, “Purging the RINOs” Jan 14, 2021. I have alternately seethed at what they did then and still are still attempting to do and my better angels. They were Lincoln’s better angels, before his brains were blown out by an early version of a Trump supporter.

I took heart in the wake of the spectacle. Some shocked Republicans condemned the attack, confident that the crime would be obvious to everyone.

But cultists cannot see the obvious. Today, only a dozen congressional Republicans still have a shred of backbone.

Lynn Cheney, an exception, has testicles enough for anyone of her spineless colleagues should they find the courage to sew a pair back on.

I would like to put the blame for this cultish behavior on the egocentric loser who has holed up in Maralago scamming his Grateful Deadish fans for money to pay his mounting legal bills.

However, I just can’t make myself follow the amiable example of Will Rogers who said: “I never met a man I didn’t like.”

Trump loyalists are too historical-ly ignorant to understand the legacy they champion springs from the South’s defeat in the Civil War.

The losers rebuilt the South with a chip on their shoulder. They re-established their power and continued to turn their back on our founding document’s founding principle that: “All men are created equal.”

It interfered with a state’s right to deny some citizens their right to vote.

I personally rejoiced when three white Georgia men were recently sentenced to life in prison for chasing a black jogger down and shooting him like a dog or Abe Lincoln.

Although he’d bragged for 30 years that he would be a great President, it took being mocked by Barack Obama in 2011 to light a fire under him. It set him on a merry chase to rip the Republican Party’s empty-suited, presidential wannabes into confetti as he seized the party’s nomination for President.

You can see the moment the fire was lit somewhere on YouTube. President Barack Obama humiliated Trump in front of all the people whose respect the property developer craved. At a Press Club Roast Obama twisted the knife into Trump for touring America claiming to have proof that the President, the son of one of my fellow Kansans, was a foreigner.

Trump would do Obama one better. He would get elected President. To do it Trump racked up the most prodigious record of provable lies in Earth’s history. His latest and biggest lie fueled his attempted coup.
No one likes to be made fun of. Many of Trump’s supporters feel that people look down on them, too.

Trump has done his best to reinforce this feeling.

The year following the collapse of the coup has only made this all the more painful for them. They have watched a parade of wannabe’s groveling at Maralago for the Pope’s blessing. There has not been a single profile in courage among them.

But the bleeding heart LIBERAL Republican in me can’t help but feel sorry for these gullible people whose star is still milking them to pay for his legal bills. He’s so busy he has abandoned those who heeded his call to ransack the capitol to their prison sentences.

That said, ignorance has never been an excuse for a capital crime. Fortunately, America is a land that believes that no one is above the law, including a President.

The soldiers parading through our nation’s capitol 156 years ago in the Grand March were convinced that they had closed a terrible chapter of our nation’s history. Donald Trump has done his best to keep it propped open. Its time we closed that book for good.