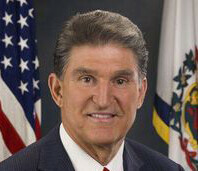 Charles Dickens wrote one of the most memorable lines in literary history when he had Oliver in his novel Oliver Twist approach a big kettle of watery gruel and defiantly ask the workhouse cook: “Please, sir, I want some more.”

Most workhouses in Victorian England had a prominent post in the dining room: “No second helpings of food.”

Charles Dickens and his poverty-ridden family lived in a hovel 100 yards down the same street as the Strand Union Workhouse, where his father was in debtor’s prison for failing to pay family bills. Dickens learned everything there was to know about workhouses, debtor’s prisons and poor orphans living in them.

At the age of 12 he went to work in a nearby boot-blacking factory to help support his family.

Writing about his experiences, he became a literary success at age 24. Many of his novels about the poor and class sytem have been made into movies, TV programs and plays performed thousands of times during Christmas seasons: The Pickwick Papers, Oliver Twist, Nicholas Nickleby, A Christmas Carol, David Copperfield, Bleak House, A Tale of Two Cities among many.

In his early days of writing about conditions of the poor, he was so trusted by the illiterate poor for describing their lives poor individuals would pay a precious halfpenny to have monthly episodes of his stories read to them.

The workhouse on Cleveland Street also served as a debtor’s prison and home for the poor for about a 100 years before being purchased by the National Health Service and turned into a day surgery and outpatient hospital after the English Parliament approved universal health care after World War II.

Developers have been interested in tearing it down and building high-end condos on the land. But the National Trust decided in 2011 that the building with its history must be saved.

There is another problem for developers beside using the old walls as part of the condos. There are at least 1,000 graves on the property from workhouse days. They are currently being exhumed and placed in a warehouse for study and recognition.

The condos and apartments, part of the $130 million project being built, are expected to sell for more than $1 million each.

What does this have to do with Sen. Manchin and West Virginians?

It’s because there are 300,000 West Virginia children, if Sen. Manchin gets his way, may soon be chanting: “Please, Sen. Manchin, I want some more.”

Dickens wrote about his experiences in 19th century Victorian England because the upper-class thought the poor were a problem that had to be dealt with in debtor’s prisons and orphanages instead of a part of society that needed some help. Signs in workhouses pleaded with the poor to “Avoid idleness and intemperance.”

The use of alcohol was considered to be a problem of only the dissolute poor. The attitude of the government was, “that if the poor couldn’t get work and couldn’t look after themselves, they’d have to go to the workhouses.” Dickens vehemently disagreed with those policies.

In A Christmas Carol, before Ebenezer Scrooge is taken on a “tour of life” by three Christmas ghosts, a charity collector tells Scrooge that many poor would rather die than go to a workhouse. Scrooge replies: “If they would rather die, they had better do it, and decrease the surplus population.”

This was Dickens’ way to respond to a book by the Reverend Thomas Malthus in 1798, who proclaimed that population growth would soon outstrip the food necessary to keep all alive, and that this was the natural way that the poorest people would starve to death, thus restoring balance. Some readers might remember Malthus’s claims as part of critical history facts.

It’s interesting in the current battle over Biden’s Build Back Better (BBB) that Sen. Joe Manchin-Ebenezer Scrooge has the same ideas about the poor in West Virginia that English society had about the English poor a century and a half earlier.

Manchin claims his poor constituents will use money from BBB to buy drugs and alcohol for themselves instead of food and clothes for their children, they will fail to go to work and will become dependent, they will possess “an entitlement mentality,” they will use paid sick leave to go hunting, they won’t go back to work, and extending unemployment insurance will simply make them “indolent and dependent” if we don’t require them to work.

He says this while residing on his 60-ft. yacht on the Potomac with the silver Maserati parked by it. In the capitol he is “shucking, tapping and jiving” as an old dance man taking up time as he talks to Biden and the cameras every day about where he “stands.” His “stands” seem to be in perpetual motion. He still pretends that coal is important even while “his” coal miners are desperately asking for help.

Meanwhile, what has Sen. Manchin-Scrooge done for West Virginians?

West Virginia was made a state in 1863 because it broke off from Virginia in 1861 when Virginia decided to secede with the other slave states. It played a pivotal road in our Industrial Revolution because bituminous coal was cheaper than wood.

The mountainous state is tenth from the bottom in size and has a population of 1.9 million, the population of San Francisco and San Jose, Calif., combined. It currently ranks 47th in four top categories: health care, education, economy and infrastructure.

The median income is $26,354 while only 29% are college educated. It has a poverty rate of 17.54%, one of the highest in the nation. One in five West Virginia children live in poverty and 93% are eligible for tax credit payments – tied for highest in the country.

The expanded Child Tax Credit programs benefits 300,000 children in West Virginia, and 93% qualify for the payment, the highest in the country. If BBB does not contain extension of child tax credits, 50,000 West Virginia kids fall into poverty.

Minnesota Representative Ilhan Omar, who has lived in poverty, recently made these comments about his character: “We (progressives) all knew that Sen. Manchin couldn’t be trusted. The excuses he just made (about BBB), I think, are complete bullshit. It is really disheartening to hear him say he has been trying to get there for the people of West Virginia because that’s a complete lie. They would greatly benefit from access to long-term elderly care, disability care and the expansion of child tax credits.”

Manchin is a rich man for West Virginia. On disclosure documents he claims he is worth $4 million to $13 million. Only political saints don’t lie on these documents – and currently we have no one who qualifies.

He lives well. Has nice digs and expensive boats and cars. He owns a coal company, which is in a blind trust run by his son. Of course, he would never discuss business with his son. The trust would have to be blind, dumb, deaf and mute to keep them from talking.

His daughter Heather Bresch just retired from the CEO position at Mylan Pharmaceuticals, taking $37.6 million home with her. Her company made a lot of money raising the price of allergy EpiPens from $124 to $609 – gouging Americans out of millions.

The Manchin family reminds me of another one called the Trump family. Both are led by malignant narcissists with only one object in life – the preservation of their own.

“Bipartisanship,” “one man–one vote,” ”working across the aisle,” “the common good” and “social safety net,” “criminal justice reform” and “green energy” are wonderful words associated with an effective government for all.

But a country needs political parties that dominate the center-left or the center-right at times to select the best economic and social policies.

Professor Richard Pildes of New York University Law School, in his article “Why So Many Democracies Are Floundering,” has summarized the recent problems of world democracies – and particularly the United States: “The struggle of the Biden administration to deliver on its policy agenda offers a good example of the political fragmenting of politics taking place throughout the Western democracies. It takes different forms in the multiparty systems of Europe and the two-party system of the United States.

The European democracies are experiencing the unraveling of the traditionally dominant center-left and center-right parties and conditions that have governed since World War II. When democratic governments seem incapable of delivering on their promises, this failure can lead to alienation, resignation, distrust and withdrawal among many citizens. It can also trigger demand for authoritarian leaders who promise to cut through messy politics. At an even greater extreme, it can lead people to question democracy itself and become open to anti-democratic systems of government.”

In the first place, Biden and Manchin did not beat Trump in 2020 with a moderate center-right political platform. Democrats got seven million more votes than the fascist Chosen One because they used a platform put together by Bernie Sanders, Elizabeth Warren and the liberal-progressives of the Democratic Party.

Biden and Manchin have spent most of their combined 57 years in political office raising campaign funds, supporting policies of the majority so they would win elections, ducking and dodging major policy questions and failing to support policies for the common good.

Biden helped make Delaware one of the tax havens of the world so he could continue to collect campaign funds from corporations. He has reached a stage right now where he can’t even chew gum.

What has Manchin ever accomplished to keep West Virginia in 47th place among the states?

He sends staff to conduct town meetings. Well, he’s interested in the coal industry. Of the 142 million workers in this country, 44,000 are employed by the coal industry – with only 11,000 left in West Virginia.

Joe, move into the 21st century and attempt to do something else for the state’s economy. Actually, the policies in Build Back Better will help you a lot – and it will save you a lot of TV and interview time each day.

2022 will be a year of absolute chaos

Biden and Manchin are still caught up by 20th century politics borrowed from policies from the 19th century that sent many English men, women and children to workhouses, debtor’s prisons and orphanages in Ebenezer Scrooge’s day.

These two old “bipartisan” pols of bygone days don’t have a clue that our 22 million millionaires and 760 billionaires private-jetting and super-yachting to their tax havens have little interest in saving a democratic United States when they can live any place on earth. Neither seems to realize that the Republican Party has turned into a national cult and is interested only in power, not governance.

The insurrection on Jan. 6 indicated the fascist steamroller was in first gear. Looking ahead, the plans are to shift into second gear by the 2022 elections and into third gear in 2024.
By that time 90% of the country will be yelling: “Please, sir, we want some more.”