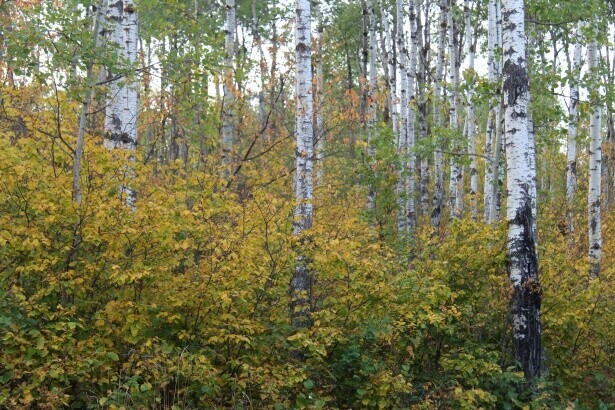 The paper mill in Cloquet made fine printing papers, but the Research Laboratory served the whole company, which included two paperboard manufacturers and a tissue mill. The paperboard was mostly for packaging, including milk cartons, which called for extruding plastic onto the paperboard surface.
The tissue mill produced that “industrial” sandpaper tissue that you find in public institutions everywhere.

Part of our job in support of the tissue mill was to evaluate brands of bath and facial tissues for quality, and especially their softness. We had instruments for this, of course, but nothing to compare with the personal hand test.

For this, numbered samples of tissues were spread out on the conference table, and people were instructed to test the comparative softness of the samples in any way they liked. The more people we had doing this, the better, so salesmen passing through might be led to participate.

If memory serves me, the best bathroom tissue in terms of softness was Charmin, and the best facial tissue was Puffs. Both of these products were manufactured by Proctor and Gamble.

So I was surprised recently by an article authored by an environmentalist taking P&G to task because their principal supply of wood was “from the boreal forests of Canada.”

P&G is a huge company, and I don’t know what else is in their product line, but as far as tissue paper is concerned, the best fiber comes from trees like aspen.

Aspen is regarded more as a weed tree. It is the first to regenerate after a forest fire, is very fast growing and is not long-lived. What it does have is short, very flexible, weak fibers which translate into softness in tissue paper.

Potlatch’s tissue mill had the worst fibers for tissue, for example: Douglas Fir and Ponderosa Pine – conifers with long, strong and relatively inflexible fibers. These properties made for excellent lumber, but as might be expected, they made for that sandpaper surface that did not make very good tissue, and therefore a not very profitable product.

Mary Minton, a colleague of mine at Potlatch Research, was given the task of trying to find ways to make Potlatch’s tissue products softer.

She worked very hard on that pro-ject, and ultimately came up with a technique that made the tissue feel significantly softer. It involved a processing step that kinked the long fibers. This work resulted in her first patent, filed in 1988 and issued in 1990.

Following that work, she was transferred to the Lewiston, Idaho, operation to continue her work.

Lewiston also had a paperboard mill, which produced multi-layered paperboard. Mary’s second patent involved employing a similar process as that in the first invention, except for use on the core ply pulp of a multi-layer sheet. This patent was filed in 1990 and issued in 1993.

Mary then went back to working on tissue paper, and her third patent was filed in 1997 and granted in 1998. This patent described a method for treating wood pulp with 90% concentration of liquid ammonia for 1 minute.

This also resulted in a softer feeling tissue, but would have required expensive gas capture devices to keep the ammonia vapor contained. If this was to be tried in a mill setting, it would probably have to be a new mill.

My biggest surprise were the names of two of my male colleagues I had worked with in Cloquet. One of the names, which I will not mention, I remembered as an arrogant IT type who spent a lot of time playing with Windows 3.0 and writing computer code. One of his dreams, he told me, was to write the code for a computer virus.

I can’t imagine that he had anything to do with this invention, except that he might have had a technician do some testing for her project.

This puts me in mind of what I have heard about the earlier days in the recording industry, where record producers would demand from young songwriters that they be given a writing credit for songs they recorded. This would cut the producers in on the proceeds for the record – a cut they had not earned.

I was surprised to see the second name ,too, although he probably did help Mary with her invention.

Gopal Goyal was a very nice man, a brilliant scientist, and would get my vote for the World’s Worst Driver. My surprise was that he was still alive in 1997. I retired in 1995, but I thought he would die in a horrible car crash in those two years.

In 1990, I attended a three-day conference with Gopal, in (I believe) Chicago. Gopal got the rental car. I know that in England, they drive in the left lane, and in America, we drive in the right lane. I don’t know which lane they drive in in Mumbai, but if Gopal’s choices were any judge, they take whichever lane is handiest.

I once rode with a man from China. He was bad enough, but his passenger door had a handhold which kept me in my seat. I was not a white knuckle passenger, but with Gopal at the wheel, I left my seatbelt unbuckled so I could jump in the back seat at a moment’s notice.

I hope his luck held out.