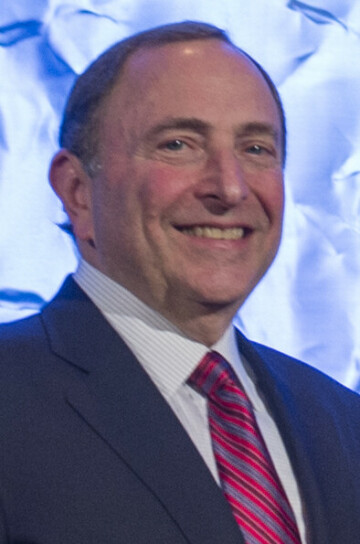 LARSMONT – One team came ready to compete in the 2022 NHL Winter Classic, and one team didn’t.
After a back and forth first period with both clubs trying to establish their play, the game stood at one each going to intermission.

Then the STL Blues came out for the second period, dropped the hammer on the Minnesota Wild, and never looked back. The Note put up a five-spot in the second frame to end it with a 6-2 lead, and that was that. The WILD would add a couple of late tallies long after this game was decided for a 6-4 final.

The event had such anticipation attached to it, and it was anticipation with an edge to it. The final score was a collective downer felt from Spring Grove to Warroad and Luverne to Grand Portage.

The reasons for this hockey body slam and excuses have been duly broadcasted and debated in every arena, locker room and warming shack throughout the State of Hockey. The basic consensus that emerged has been tied to key injuries, the Covid positive that cost star D-man Jonas Brodin a chance on a big stage, lack of recent games due to Covid postponements and some challenging conditions.

But actually, if you looked at their recent trending, the last time the club won a game was back on Dec. 9. That seems like so long ago now.

Since then, the team has lost five straight games, some in not very good fashion. Like yesterday’s debacle.

But in early December, I started looking behind the top couple of layers of this team and their practice of chasing games and then coming up with the thrilling comeback wins. Were some bad habits creeping into the team game that accounted for parts of these down streaks?

Was the team not “starting” on time?

I wondered if the team was becoming too reliant on the comeback games and big plays. Sure the injuries are disruptive to your roster and the flow of your game.

Everyone faces them, though. And they adjust. But missing the likes of Ericksson Ek, Brodin and Spurgeon is a pretty big bite out of a team’s overall talent and experience level. And this team is feeling that.

I am eager to see the team get rolling again. It would be an opportunity to reassess them and get a feel for where they are at this point in the season.

With the holidays over and the Classic behind them, it’s time to bear back down on the regular season and build their game back up.

The hockey gods can be unforgiving at times. Should fans be getting back down to earth about a team that is still early on in a “rebuild”? Had they been overachieving earlier in the season? Or were we seeing the highest level this team could play at in its current configuration?

There are more questions than answers now, but we shall have them in due time. How good is this roster, or does the fanbase need to find some more patience and realistically understand where the team is at?

Yes, I know; the average Minnesota sports fan is out of patience. Like me. I’ve been waiting since the NorthStar’s very first season to see a Minnesota NHL club win a Stanley Cup. The wait will continue.

THE WINTER CLASSIC, aside from the game result for the home team, was the league’s best to date. The wrappings and bows the NHL applies to each venue for the game were its best ever, and the entire production was outstanding.

The weather was stout, to say the least, so my decision to opt-out from attending in person was probably wise. I wouldn’t have made it through the game.

But I have to state that I was pretty focused on the whole event from midweek through the end of it, and I can only say congratulations to the league for the show they put on here.

I can recall 2008 with Sidney Crosby bearing down on Ryan Miller for a shootout-winning goal and say that game from an optics viewpoint to this week’s contest; the production quality here was an A+ for the NHL.

Now that I’ve offered my congrats let me flip my coin for you.

Hey NHL, you had the nerve to hold off granting the number one hockey state in the history of this country for 12 of these before this one?

Are you kidding me? Talk about some disrespect!

The very FIRST one should have been in the State of Hockey. That’s right.

I get all of your TV market size, ad sales, and revenue based on viewers’ formulas and so forth. But you blew that theory out of the water with at least two of these events that possess smaller TV markets than the MSP one does – starting with the one that kind of lit the torch for this game in good old Buffalo.

Sure, I also realize that as soon as he took possession of the club from Mr. Bob Naegele, Craig Leipold’s first phone call was probably to Commissioner Gary Bettman imploring him to grant the NorthStar State a Classic game.

Perhaps Uncle Leo got a bit overzealous with Gary, driving him nuts with countless requests for the awarding of the game to the club.

Then there was the semi-debacle with the ownership group in Nashville when Craig was a part of that, and I will likely never know why Bettman dragged his feet on getting this event here for so long.

In my view, though, you had no choice, Gary. You held off this tremendous hotbed of hockey until you couldn’t do so any longer without a smile on your face.

I’m sure Bettman has heard the state’s background for the game, so many times he can recite them. That’s alright.

I hope that every morning when you get up, Gary, and look into that bathroom mirror for the first time that all of the reasons, the rich heritage, and history of this hockey mecca are printed upon it, in PowerPoint form no less.

Because as far as I’m concerned, Minnesota is the most significant hockey state now and in the history of the United States. And I feel like you disrespected that, Mr. Bettman.

The league made the state and the WILD very proud. From start to finish, I think most Minnesotans had their chests puffed out a little bit extra last week.

The state had quite a bit of the country’s focus upon it, with the USA hockey community and many others included. If you had ever had anything to do with the game in these parts, you were probably bursting with pride. I can tell you that I was.

So, why did you make us wait so long, Gary?

If you want to get the next one scheduled for here right away, the State of Hockey would help you out and then some.

And the next one will be better than the one before it! That’s a State of Hockey guarantee! PEACE