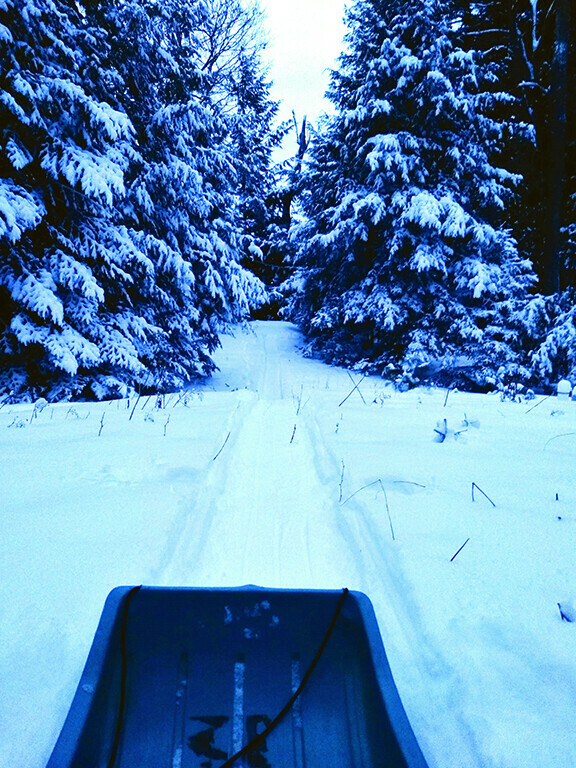 My sledding hill isn’t very big, but I do notice that playing on it does release stress and tension at the end of a day. Photos by Emily Stone.

The purple shadows of evening were sliding out as I pulled into the driveway.

After tossing my backpack inside the front door, I snugged up the hood on my puffy coat and grabbed the blue plastic sled from its corral behind the bike rack.

The first run was slow, as fresh, fluffy snow compacted beneath me. I stomped up the trail and launched again, this time gliding a few feet farther; my heart feeling a few ounces lighter.

I’ve always loved sledding. Maybe it has to do with my January birthday, or the thrill of going fast (but not too fast), or even the laughing chaos of a tumbling crash.

Once I became an “adult,” I would wait until Christmas break when I could use my niece and nephews as an excuse to play in the snow. But after finding a sled in a free pile on a curb last spring, the only excuse I need is to be already wearing snow boots and ski pants.

Last week, while researching play in young animals for our new Growing Up Wild exhibit, I happened across something interesting: sliding down hills is one of the more widespread forms of play, and one of the types of play reported in adult animals, too!

River otters are the classic sliders. I’ve followed their tracks for miles as they scampered up the short, steep banks of a lake, only to launch themselves back down.

Even on flat ice, they will propel themselves along the slippery surface.

Can we blame all of that playfulness on the juveniles? I doubt it.

The snowy home of polar bears is conducive to sliding, too. One bear was observed cascading off a glacier, dropping fifty feet into the water, and then climbing up to do it all over again.

Smaller hills – including the furry summit of Mom’s back – are also fair game for bear cubs.

Ravens and crows have been caught on video rolling down snowy car windshields, rooftops, and more.

Like (college) kids sledding on trays smuggled out of the cafeteria, one crow in Russia made do with a white jar lid.

With pokey feet resting on the slippery lid, and wings flapping madly for balance, the crow made run after run down the neighbor’s rooftop. No need for a chairlift, the crow picked up the lid in their beak and flew back to the peak. 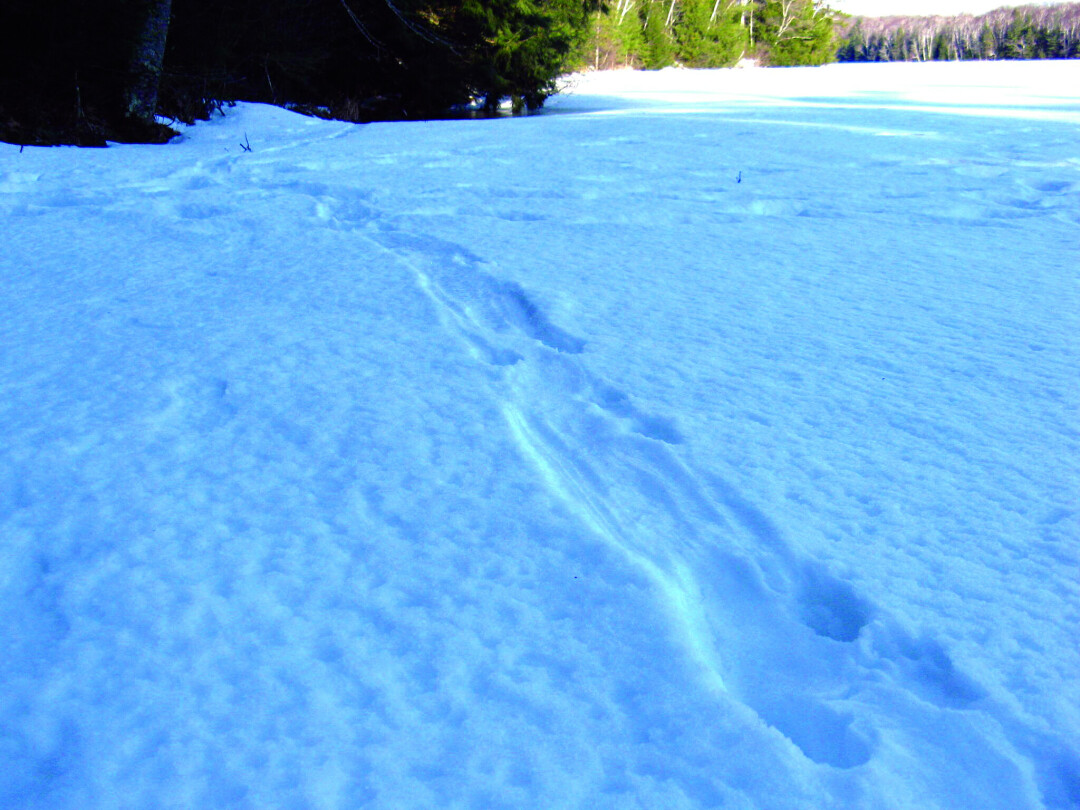 Otters are one of several critters who enjoy sliding on the snow, even on the flat surface of a lake!

Since wild animals slide down snowy hills, and likely have been doing that for millennia, the human history of sledding probably goes back pretty far, too, right? It’s hard to tell.

The use of sleds for practical purposes can be confirmed all the way back to 1900 BC, through paintings depicting rocks being pulled on sleds toward pyramids under construction. In the Cimbric War of 113 B.C. some Germanic tribes surprised Roman warriors by sledding out of the mountains on their shields.

It’s hard to believe that kids during these eras never saw the grownups using sleds for work, then nabbed one to race down a hill for fun.

Of course, childhood was probably shorter and less fun back then, especially for the working class. In contrast, the youth of Russian aristocrats in the 1650s seemed to have sledding backwards. They made their sleds from blocks of ice, and their chutes from wood!

Animals slide and humans sled, ski, and snowboard, but my next question is WHY?

Multiple experiments have confirmed that playful young are more likely to survive to adulthood. Despite many hypotheses, however, scientists haven’t been able to prove the mechanisms behind how play increases survival rates.

There are some interesting clues, though. Play might allow young to test, learn, and stretch their own limits and abilities. Creative play seems to encourage brain development.

The motor skills and physical fitness developed during play may improve animals’ ability to escape predation.

The short-term stress of play might also give the animal’s stress response practice in recovering quickly after an incident.

Even in adults, it’s likely that play can release tension, improve the immune system and ward off disease. What do you say to that?

Emily Stone is the Naturalist/Education Director at the Cable Natural History Museum. Her award-winning second book, Natural Connections: Dreaming of an Elfin Skimmer, is now available to purchase at www.cablemuseum.org/books and at your local independent bookstore, too.