The ghost of Bob Dole 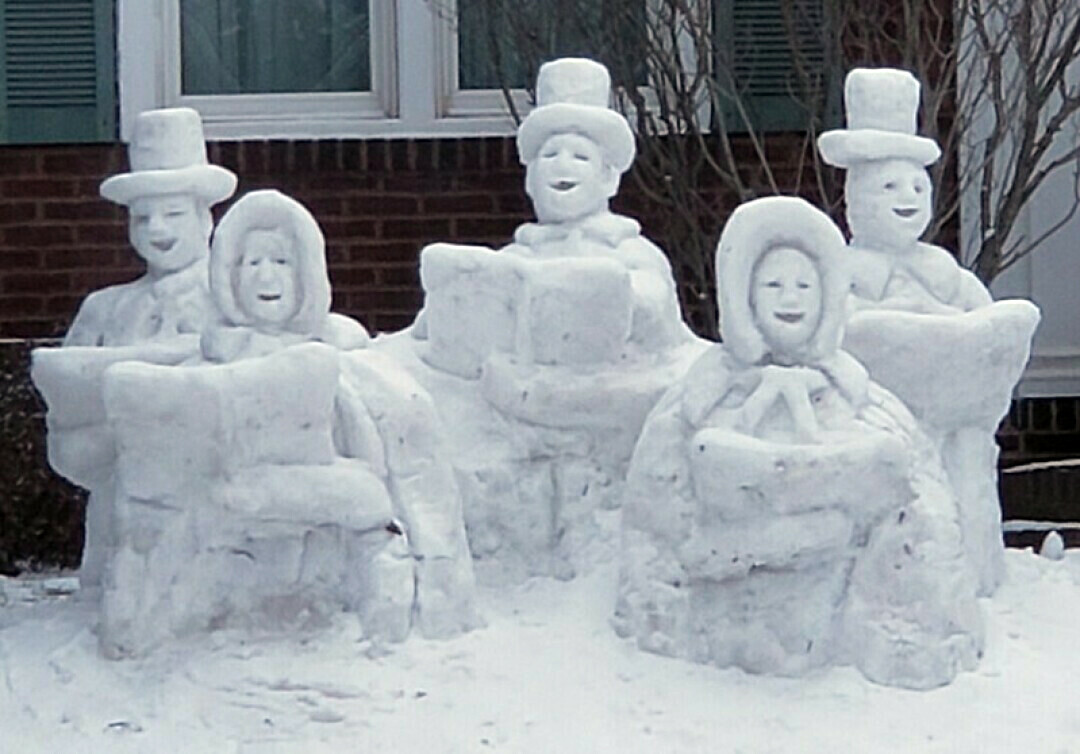 Russell endured record-shattering 100 mph winds six days after their native son lay in state in the rotunda of our nation’s capitol.

While Russell bent to the wind I labored to save a snow sculpture from heavy rains and Minnesota’s first ever December tornado watch.

I’ve been thinking a lot about Dole and his similarities to my Grandfather, George Seanor Robb. Both men received well-earned praise in death.

Both men were born in rural Kansas. Both enlisted to fight in a world war. My grandfather fought in WWI. Bob Dole fought in WWII.

Both got shot to hell. Dole lost the use of his arm. George Robb was awarded the Congressional Medal of Honor. Both men were revered in their respective home towns – Russell and Salina. Both went into politics. My grandfather became the Kansas State Auditor for 24 years. Bob Dole was the state’s U.S. Senator for 27.

The similarities don’t end there.

About 60 years ago my gGandfather told me that Democrats started all of America’s wars.

I wrote about this in an Oct. 31, 2002, Reader column: “Never vote for a Democrat and Other Simple Lessons.”

He told me the worst mistake of his life was his 1916 presidential vote for Democrat Woodrow Wilson. Woodrow won by promising to keep American boys out of Europe’s First World War.

I would have disappointed my Grandfather. While he amassed a 14-1 GOP presidential vote record during 15 elections I could only stomach five Republican presidential votes. I voted for seven Democrats and one Independent – ex-Republican Congressman, John Anderson.

One of my proudest Republican votes was cast in 1976 for President Gerald Ford. I blamed his loss on his Kansas running-mate.

Dole repeated my Grandfather’s accusation about Democrats starting all the wars on a nationally broadcast debate with Vice President Walter Mondale. Many war veterans were outraged.

My Grandfather died before he could cast his 1972 vote. One week week earlier I joined 2,000 Mankato State Students in a peaceful protest march against JFK and LBJ’s war. Nixon, a Republican, was the new villain.

Senator Dole died almost a year after his Republican President tried to overthrow the election results on Jan 6.

Until the end Dole supported the “Republican” Trump. This, I hope, is where the similarities between Dole and George Robb end.

The Republican Party was different in 1972 the year of the Watergate break-in. There was no Mitch McConnell turning a blind eye to Trump. When push came to shove arch conservative Barry Goldwater, my Grandfather’s hero, told President Nixon he had to go.

My Grandfather disliked Franklin Roosevelt and his liberal spending politics but he lived in the era of the “loyal opposition.”

If anything, the people who later swarmed into Lincoln’s Grand Old Party were the same people who had always cheated when they were Democrats by denying black Republican voters their voting franchise.

Otherwise, my Grandfather bore Democrats no ill will. He saved the jobs of the Democrats in his new office when the Republican Governor who appointed him State Auditor wanted them purged. He liked Harry Truman, a veteran who fought just a few miles distant from Grandfather’s patch of the Great War.

But he still grieved when he learned that his daughter voted with my Dad for Lyndon Johnson in 1964.

I would rather remember Senator Dole as an honest, pragmatic Republican. Suffering war wounds himself, he sponsored the big government ADA law for disabled people. During elections he fought Democrats hammer and tong but after the dust settled he worked across the aisles with them.

I don’t know if Dole had all his marbles when, at age 98, he supported Donald Trump’s re-election. I hope he didn’t but suspect he did.

His wife Elizabeth, also a former U.S. Senator, fired one of her husbands funeral organizers when she learned he had also had a hand in organizing Jan. 6th’s treachery.

When I started writing this I couldn’t remember if I voted for Dole in 1996 when he ran against Bill Clinton. I did. I found my votes posted on an old website of mine. Bob Dole was the second-to-last Republican presidential candidate I voted for.

I thought hard about that vote. I even read a short glowing biography of Dole called simply, Bob Dole, to persuade myself of my vote. I remember reading how he saved himself from one of the right wing’s first “primarying” attacks on moderates and how he survived it.

He disavowed the Supreme Court’s Republican appointee’s Roe v. Wade decision. Winning over pro-life votes was a matter of his political survival. It was an early sign of how moderate Republicans would be purged and replaced in the succeeding 50 years to become 20 million strong Trump traitors.

That’s not such a great legacy.

Up next week: “Why is Michelle Obama in my basement?”