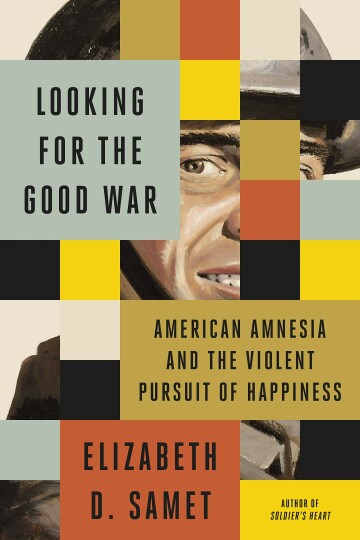 This year was the 80th anniversary of the Japanese bombing of Pearl Harbor. Dec. 7, 1941 – the day that “will live in infamy” – is not just a remembrance of the tragedy of war or the many people who died that day. It is a touchstone of America’s national mythology that still shapes our actions today.

The common narrative surrounding this event has been used to justify eight decades of militarism, excessive military spending and wars.

In our remembrance of Pearl Harbor the United States is the innocent victim of a surprise attack without provocation or justification. This treachery galvanized a reluctant nation to pursue a righteous vengeance that liberated the world from the evils of the Nazi death camps and Japanese militarism.

This story line did get a reluctant American public to accept going to war with Japan and Germany.

But the United States was not an innocent victim. We ignored our actions that increased tensions and led to war with Japan. But the false narrative allows us to justify our inhuman, violent conduct during the war. It allows us to righteously remember WW2 as the “good war.”

As author Elizabeth D. Samet has written it “...gave us a false impression that the violent force we inflict on others would inevitably yield virtuous results.”

More significantly, this narrative became a foundation stone for our current false beliefs in the necessity of military force as the primary tool for “leading” the world, controlling world events and keeping us “safe.”

David Swanson is an author, peace activist, and executive director of World Beyond War. He has extensively documented our government’s confrontational actions in the decade prior to Dec 7, 1941. In an article on his website he writes: “The U.S. government planned, prepared for, and provoked a war with Japan for years, and was in many ways at war already, waiting for Japan to fire the first shot, when Japan attacked the Philippines and Pearl Harbor. What gets lost in the questions of exactly who knew what when in the days before those attacks, and what combination of incompetence and cynicism allowed them to happen, is the fact that major steps had indisputably been taken toward war but none had been taken toward peace.”

The complete article is long but well worth reading (Google David Swanson’s “Have a Blessed Pearl Harbor Day”).

The list of provocations partially includes: restricting trade and impos-ing an embargo on steel and oil, in-creasing military bases in the Pacific, conducting naval war games in the Pacific thousands of miles from the U.S. coast, and supporting China in the ongoing war with Japan.

Not mentioned by Swanson are several additional facts. The U.S. became an imperial power in the Pacific after 1898. The Philippines were seized from Spain in the Spanish American War (and Philippine independence brutally suppressed by the U.S. Army).

Hawaii was annexed in 1898 and became a U.S. territory in 1900. Had we not had these colonies and other island possessions thousands of miles from the U.S. mainland we may not have come into conflict with Japan. Our imperialism opened the door for conflict.

Nowhere in any of this history, despite many U.S. citizens speaking out against the possibility of war, did the U.S. government make any serious effort to defuse tensions. Most of the diplomats and military leaders at the time expected and were planning for a war.

The World Beyond War publication A Global Security System: An Alternative to War points out that war is a planned human activity. Modern warfare requires considerable advance plan-ning and preparation. Wars are not spur-of-the-moment or heat-of-passion occurrences (although the specific spark, incident or mistake that starts the war may be sudden and unforeseen).

It takes time to recruit, indoctrinate and train the troops. Decades are required to design, fund, build, test and deploy complicated weapons systems.

Modern militaries identify enemies well in advance and develop contin-gency plans for expected conflicts. All this requires massive bureaucracies and huge amounts of money.
If nations put this much effort into living together in peace we would all be much better off. But this is not the case.

In the U.S. the 2021 “defense” budget was $753.5 billion. The State Department got $41 billion. The U.S. military has about 2.3 million active and reserve personnel. The State department and Foreign Service have only 77,000 including foreign nationals.

The Pentagon operates about 800 military bases world wide compared to 163 embassies and 93 consulates in foreign countries. Obviously war and preparation for war has a much higher priority in our country then working for peace.

Elizabeth Samet is the author of Looking for the Good War: American Amnesia and the Violent Pursuit of Happiness and teaches English at West Point. In a Time Magazine article on Pearl Harbor she says, “Relentless calls to “remember” [Pearl Harbor] served as a goad to revenge, and the propagandists’ message gave us a vocabulary still in use today for framing American violence” (“America Learned the Wrong Lessons From Pearl Harbor – And the World Is Still Living With the Consequences,” Time, Dec. 6, 2021).

And as a result she writes: “In recent years, we have become increasingly enthralled with the idea that when Americans die, they die for liberty, and thus we are repeatedly committed to sending more righteous liberators to die – in Iraq, in Afghanistan – so that others will not have died “in vain.”

We seem also to have grown to love the idea of being hated for our freedom, for “our way of life,” and this leads quite naturally to an obsession with American greatness and goodness.”

Many times in our history we have failed to see how our actions contribute to conflicts. We fail to see, or act upon, the alternatives to military violence. The terrorist attacks on 9/11 are only one example.

We have stirred the pot of violence in the Middle East from WW2 to the present. Like Pearl Harbor the 9/11 attacks didn’t happen out of the blue. We were not innocent victims.

Those who do not learn from history are likely to repeat it. We need to learn from the history of Pearl Harbor. We need work as hard at preventing war as we do preparing for war.