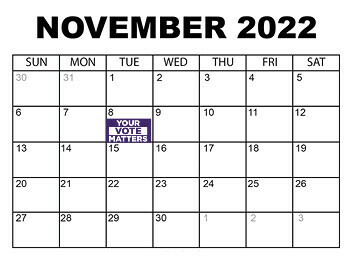 In this week’s issue we have a two-page ad paid for by a group of concerned citizens that asks area voters to take a look at the dismal voting record of U.S. Rep. Pete Stauber and then fire him for good reason when he comes up for re-election next November.

The ad makes great points, but I will add that if Stauber were an honorable man, he would publicly admit he is out of step with his constituents and step down immediately.

The No. 1 reason why Pete Stauber should no longer represent the 8th District is for his sycophantic support of the World’s Biggest Loser, Donald Trump.

One glaring example – in reaction to the Jan. 6 violence instigated by Trump and his minions after losing the Nov. 2020 election, Stauber told Fox News that he had “serious concerns over election integrity,” which, of course, is just spinning the Trump lie.

Shame on you for that, Pete!

Certainly a Christian man such as yourself must have a healthy fear of hell. Aren’t you afraid of burning there for eternity after spinning such nonsense?

Actually, the comment shows just how weak-minded Pete is, accepting pure bullshit from his Fuhrer rather than standing up for the Democratic principles the people of northeastern Minnesota elected him to uphold.

Because can anyone with a fully functional brain believe the 2020 stolen election myth?

If he could prove that he does have a fully functional brain, then I would have to say, totally disgusting and inexcusable behavior, Pete, to support a lie that large.

Either way, he was wrong. Biggly!

With that kind of baggage alone, Stauber should already be packing his bags and looking for a new way to spend his remaining time on this Earth. He should not be wasting our time as our representative when he is mired in the 19th century values of the Republican Party. He is a man in a party with backward tunnel vision. It is time for all of them to quit holding back the progress of this nation.

One exception I take with the ad is the final call to vote Democrat. There’s plenty wrong with that party, too.

This two-party system that we pretend is a democracy is the main reason this country is so messed up. Granted, the Republicans with their antiquated, fear-based values are the worst of the two evils, but both have conspired to pull us into a quagmire of convention, limited vision and a perpetual treading of water without getting anywhere.

But the two-party system is a problem for another day. Right now, let’s focus on how bad Pete Stauber is for Northeastern Minnesota.

To get an idea of where Stauber is coming from, his votes earn approval from the Christian Coalition, a group formed by infamous nutball and religious broadcaster Pat Robertson. Knowing the way their backward minds work, any effective representative would want to be on the other side of the crackpot Christian Coalition.

His slavish devotion to Neanderthal Republican values had Stauber staunchly opposing President Joe Biden’s nomination of Deb Haaland as Secretary of the Interior.

What? Are you kidding?

He opposed the appointment of a Native American woman to become head of the department responsible for managing federal land and natural resources, when, with all the Native Americans he represents here in the 8th District, he should have been celebrating the historic moment.

His stated cause for opposing her nomination? She supports the Green New Deal.

We – all Americans – need to distance ourselves from such cannibalistic dinosaurs. Yes, they are dinosaurs, unwilling to accept the fact they are extinct in the 21st century, and with not a clue how to move this country forward.

In short, Pete Stauber is more devoted to the worn-out policies of his extinct party than he is to the interests of the people of Minnesota.

It’s time for Pete to go.

For those interested in such things, you can see all the 2,179 individuals, businesses and political action committees that contributed the $2,869,476 to Stauber’s successful 2020 campaign at followthemoney.org.

Along with individuals in our community, Staubert reaped benefits from the usual right-wing suspects, fossil fuel advocates and crackpot conservative groups far, far away from northern Minnesota:

For our readers in northern Wisconsin, in a future issue we will take a look at the hidebound, outmoded thought processes and the strictly partisan, anti-progress voting record of 7th District Representative Tom Tiffany, a tiny-armed and brained T-Rex who does not realize his age has passed.