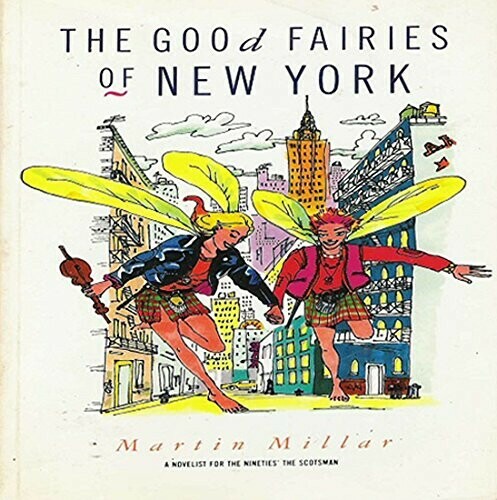 This column is written for my own amusement, and that’s my only reward. I know I have friends and relatives that read them, and they will occasionally mention one they enjoyed. I am sure there are some they hate, too, but they keep their traps shut about those. That’s what friends are for.

I know I meander, change the subject with no warning and sometimes go off topic. I’m entitled. I’m not as forgiving when reading something by a professional writer though. When an author is being paid to write, and I buy the book, he is obliged to write in a manner that holds my attention.

My favorite genre (for right now) is comic fantasy. I was fortunate to find good writers in this field at the start: Tom Holt, Terry Pratchett and, to a lesser extent, Christopher Moore. I realize these are fantasy, but even given that, I want the stories to be logically consistent. While I enjoyed a few of Moore’s books, the ending of the vampire books was marred for me in that he changed the rules for vampires to suit his own ends, but to me, the rules failed on the logic front. His Shakespeare-themed books were good enough that I finished them, even though he seems to like the tragedies while I prefer the comedies. These books lacked humor.

Martin Millar wrote a delightful book called The Good Fairies of New York, but then I read his Suzi, Led Zeppelin and Me, which bored me to tears. Then I read a couple books about a werewolf family in London. Interesting enough, but it failed the logic test, so I decided to quit that series.

Most of Tom Holt’s books were good, and only one had a fairly complicated plot, but failed to go anywhere. I liked most of Pratchett’s work, especially the stories centered around the city of Ankh-Morpork and the wizards of Unseen University, including their orangutan librarian.

I read a couple of the witches of Lancre books, but was not particularly fond of them. He started another series about a young witch, which I will sample. Unfortunately, Pratchett has passed on, so there won’t be any new books coming.

If I come across a promising author, the only thing I have to go on is the blurbs on their books. These, of course, are not to be trusted, especially if the blurb is written by another author. There is an element of quid pro quo here. I don’t know what drives the newspaper critics to praise a book that doesn’t quite live up to the level they are promising, I just am aware that they do it.

If the author is American, one of the blurbs will compare him to Dave Barry. Chris Moore is American, and Dave is obviously our most famous comic writer, but Moore doesn’t write anything like him.

I know I have disparaged Barry in the past, but that was for his musical snobbery. Truth to be told, I have a shelf full of his books where he is doing what he does best, but I strongly suspect he couldn’t write a song to save his ass, and he is assuredly NOT a novelist. Dave has been famous for a very long time, and he has come to believe that he is treated like a normal person. He is not. He is treated like a celebrity. Because of this, he has no clue how normal people interact.

Tom and Terry are English, so one of the blurbs for their books will say they write like Douglas Adams. They do not. Adams made his reputation with The Hitchhiker’s Guide to the Galaxy, a trilogy in 5 volumes. I suspect the vast majority of the public watched the TV version rather than reading the book, so most people know only that the TV show was hilarious. The first chapter of the book WAS hilarious, and the second was only slightly less funny. From there on out the story became progressively less funny. Adams said he was in a dark place when he wrote Chapter 5, and said he would like to write a 6th book, which would restore some of what he had destroyed. He died before he could do that.

His Dirk Gently novels were very funny, but I expect again that most people just watched the TV versions, which were good, too, but very different from the novels.

He later wrote a book with a friend of his called The Meaning of Liff. It must have sold well just on his reputation, so it was followed by The Deeper Meaning of Liff, which I have. These are books certain friends of mine and I would have loved to compose. They are dictionaries of words these guys made up to describe things that do not have words to describe them. For example:

A Nubbock is a guy who livens up a party by leaving it.
Brecles is a disease of artificial plants.

I am sure there was a lot of hilarity and more than a few beers consumed when they compiled those words. The problem is, you had to have been there for this to be really funny. I can imagine these two friends had a great time, but most of the humor is lost with the spontaneity when it is printed out.

Robert Rankin wrote a series of books about two English slackers that were popular in the U.K. for a while. I read one called Sex, Drugs and Sausage Rolls. I didn’t think it was particularly funny, but it did have some gross bathroom humor that I thought might appeal to an average 14 year-old boy.

Harry Harrison is a passionate anti-war person who has written a series of books about Bill, the Galactic Hero. He has a blurb by Terry Pratchett which says the book is the funniest sf story he has ever read. Pure bullshit. It just goes to show that even the best writers are not above greasing the wheels of commerce.

The fact is, Harry is trying to write funny about a subject he is serious about, so the humor gets to be a little heavy handed, sort of like a comedian who tells a joke, and then explains it.

Finally, I found Spider Robinson. Spider is an award-winning sf writer who apparently came on the scene after I took a break from sf stories. He is a good writer with an unfortunate love of puns, which he will go to great lengths to set up. The problem is, many of the puns contain references that are long out of date. One example:

Question: What does a family of great apes eat for Christmas dinner?
Answer: Yule gibbons eat nuts and berries.

This pun makes sense only if you are old enough to remember a man named Euell Gibbons, who wrote a couple of book on foraging for edible plants. Otherwise, the pun is just baffling.