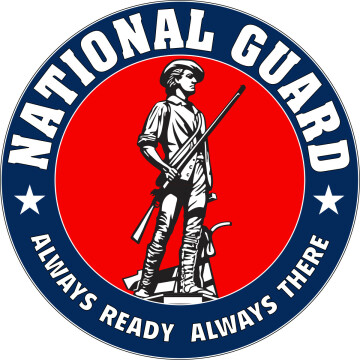 On Thanksgiving Day, 25-year-old Philadelphian Edilberto Miguel Palaez Moctezuma was eating his turkey dinner with his family at their dining room table when a stray bullet hit him. He was quickly flown to a hospital where he was pronounced dead. There was an argument among some neighbors about missing liquor, which resulted in an exchange of gunfire.

On Nov. 29, a Fargo elementary student brought a loaded firearm to his school, perhaps to impress his friends – or perhaps to murder a teacher or student.

In the Divided States of America a woman is fatally shot every 16 hours by a current or former intimate partner, a 58% increase in just 10 years.

On Nov. 9, a two-year-old toddler was killed by a stray bullet while sleeping in his car seat while his parents were driving on Interstate 880 in California. Apparently there was a “road rage” battle between cars on the highway.

On Nov. 15 a 12-year-old California boy died of gunshot wounds when his friend brought a Glock pistol with him for a sleepover.

On Nov. 30 in Oxford, Michigan, a 15-year-old student armed with a semi-automatic pistol killed four and wounded seven with 30 bullets in five minutes.

In the last three years Washington, D.C. police have picked up 40,302 brass casings of bullets fired into bodies, bushes or homes. Bullets do succumb to gravity.

Experts estimate we are flooded with about 435 million firearms – with the number growing by the millions each year.

In 2021, experts estimate 45,000 Americans will kill others or themselves with firearms and wound another 110,000. It’s another pandemic we have to develop a “vaccine” for. The gun culture represents a deadly pandemic by bullet.

The Centers for Disease Control and Prevention and the American Medical Association believe it is another public health crisis that has to be fought. We spend billions every year repairing shattered bones, torn organs and mushed brains. This pandemic is not worldwide. It’s a significant part of only the American culture.

Sometimes a hero in the culture ends up dead. John Hurley, a 40-year-old “conceal and carry” good guy in Denver, saw 59-year-old Ronald Troyke fire a shotgun at Officer Gordon Beesley and kill him. Troyke also had an AR-15. Hurley pulled his firearm, shot Troyke dead and picked up the AR-15.

A Denver policeman responding to the situation figured Hurley was the cop shooter and shot him dead.
Follow that? Hurley was a hero for a few minutes for killing a killer, but by “being a good man with a gun” he ended up being dead forever. That’s only one danger of the OK Corral conceal and carry laws.

The evidence is overwhelming: It’s our problem

In 2020 when we had about 14,000 murders by firearm, Great Britain had 30 by firearms and Japan had 17. Shouldn’t that shock the gun culture and Congress into action?
Our homicide rate is 13 times greater than France, 22 times greater than the entire European Union, and

23 times the homicide rate of Australia. We, of course, rank first in murder rate of all countries with more than 10 million people.

The greatest homicide rate among our states is actually not a state yet. Washington, D.C, the home and capital of our government, has a murder rate of 17 per 100,000 people and New Hampshire the lowest rate at 0.91 per 100,000. Even if New Hampshire has our lowest rate, its rate is nearly five times the rate of the whole European Union.

THE FBI National Instant Criminal Background Check System checked 14.4 million background checks in 2010. By 2020 it had processed 39.7 million and 22.2 million in the first six months of 2021.

Some individual shooters have had as many as 25,000 rounds of all loads and types, whether armor-piercing or hollow point.

During just one year of virus pandemic, between 8 million and 9 million firearms were sold along with 800 or 900 million bullets.

I bet there could be more than a trillion rounds just waiting to be fired at targets living and dead. We don’t keep track of firearm or ammunition sales although it’s imperative in controlling a firearm pandemic.

A firearms dealer in New York told a Guardian reporter: “You need to remember that 8 million or 9 million guns were sold to first-time buyers during the pandemic. So that’s two boxes of ammo each, or 800 million new bullets, and that has nothing to do with people who already had guns.”

Ammo manufacturers are producing ammo 24/7 but can’t keep up with the demand.

There’s a message somewhere. Early in the COVID-19 pandemic we were short toilet paper. Now it’s ammo. To get more, imports from Russia, South Korea and the European Union have gone up 225% in two years.

Where is that ‘well regulated militia shall not be infringed,’ Proud Boys?

What has the Supreme Court interpretation of “well regulated militia” in 2008 done to us? It has created a violent extremist gun culture that is very difficult to eradicate.

After the Rittenhouse disaster in Kenosha, Josh Horwitz, executive director of the Educational Fund to Stop Gun Violence, an organization that monitors firearm-related murders and suicides, summarized our outlier status in the world of guns: “Only in America can a 17-year-old grab a (‘cool!’) assault weapon, travel across state lines, provoke a fight, kill two people and injure another and pay no consequences.”

Besides that, he is praised by a former president, is described as a hero on Fox News and is offered office internships by a number of Trumplican senators and representatives.

Trump said: “Kyle: I got to know him a little bit. He called. He wanted to know if he (and his mother!) could come over and say hello because he was a fan. He was a nice young man who shouldn’t have been put through that prosecution.”

The Gun Owners of America presented him with a new AR-15, “a reward for defense of the Second Amendment.”

The Second Amendment states: “A well regulated militia shall not be infringed.”

What militia in the Divided States of America is “necessary to the security of a free state?”
Is it the Proud Boys? The Oath Keepers? All of the Michigan militias? The Boogaloo Bois? Any group of snoopers and poopers who have AR-15s and play war in the woods without even a trained corporal in charge?

The only “militia” that qualifies to participate in providing security for the United States “free” state is the National Guard, recognized as a valuable part of our military forces.

A “militia” person is not a guy or gal with a derringer, Glock, musket or AR-15 who has never had 15 minutes of training in how to use a weapon – and the many rules that go with that trigger pull.

Why do Mexicans have so many weapons and only one gun shop?

Mexicans have a constitutional right to possess a firearm but they can buy one only at one gun shop in Mexico City run by the Mexican Army.

It averages 38 sales a day. But smugglers from the U.S. cross the border with an average of 580 firearms a day, so Mexicans kill each other at an average rate of 30,000 a year. Drug cartel members blast each other every day in attempting to dominate a drug market in a section of the country.

Mexico is one country of three out of 206 in the world where citizens have the right to bear arms.
The other two? The United States and Guatemala.

Consequently, Americans own nearly half of all the civilian-owned guns in the world. Many firearms are concealed and carried by the gun culture that has turned every corner into the OK Corral at Tombstone City, USA.

The following is a one paragraph quote from the Fargo Forum about the actions of the North Dakota legislature in adopting “stand your ground” laws: “North Dakota will join at least 25 other states in having a so-called ‘stand your ground’ law, which expands the existing ‘castle’ law that permits the use of deadly force at one’s home or workplace but requires an effort to escape the attacker in public places unless one’s life is in danger. The new law eliminates the ‘duty to retreat’ and allows the use of deadly force to prevent a violent felony in public or any other place a person is legally permitted to be. The legislation doesn’t cover people who provoke violence. Supporters of the bill, a favorite of of gun rights advocacy groups like the National Rifle Association, said it promotes victims’ rights to protect themselves from attackers and violent criminals in public. Opponents argued it opens the door to false claims of self-defense by bad actors who were never in danger of serious harm and could negatively impact people of color.”

In that I put myself on the NRA mailing list a long time ago, I have been getting their propaganda for years. I can renew my membership for $30 instead of $45 this year!

NRA executive Vice President Wayne LaPierre, probably wearing $5,000 suits, $500 shirts and $200 ties paid for with hunters’ NRA dues, signed the letter. For 70 years I have had a passing interest in firearms, having commanded a Marine Corps heavy machinegun platoon and later a rifle company. I have qualified with a 1911 Browning pistol, won an expert’s badge with an M-1 semi-automatic Garand, fired a Browning automatic rifle known as the BAR, fired light and heavy water-cooled machineguns, 60 and 81 mm mortars, and 105 howitzers. Those experiences taught me to be a little nervous when handling or being around firearms. Too many people with firearms don’t know a rat’s ass about how to protect themselves and others. High noon in the streets or alleys is no way to handle disputes. We must rid ourselves of the NRA and the gun culture.

On Dec. 2, two parties in Alburgh, Vt., had an argument about who had permission to hunt on certain lands. Unable to settle the dispute, the two groups decided to hunt each other. Result: two dead, one seriously wounded. That’s insanity.