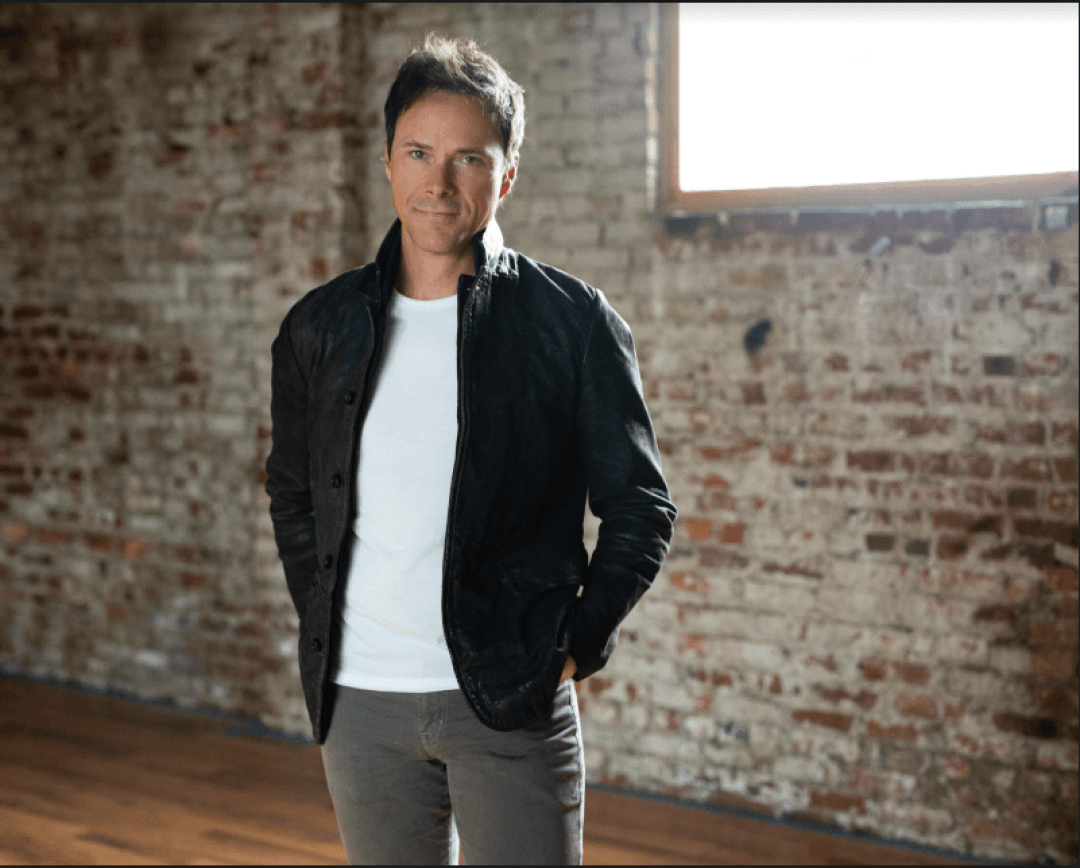 Only age 20 when he grabbed the big time, White had a voice that rang clear as a bell and made hearts swoon on lushly orchestrated ballads. He became a ‘90s icon and a bit of a heartthrob. By 1998 he was one of People Magazine’s “50 Most Beautiful People.”

At shows girls mobbed him and pulled him off the stage. That’s at least according to the internet. Asked by the Reader Weekly if it was true, he laughed, “Definitely a few times. Not in a while.”

Not that he regrets being a teen idol. “I never thought of it that way,” he said. “I got mentioned in teen magazines that also catered to county music. If that’s the case, I’m proud to be associated with anything that brings new people, young people to country music.”

Oddly enough, he got into music expecting to be a session drummer. Raised in Oklahoma City under musical parents, he took up drumming at age 5, but his mother also encouraged him to sing.

“I had a light bulb moment when I was 16 or 17, trying to become a singer,” he said. “My dad knew I recorded a few demos, but I wouldn’t call them songs by any means.”

His father happened to know songwriter/producer Billy Joe Walker, Jr. and passed the demos on. Walker invited Bryan to Nashville and produced his first three albums.

The eponymous first album went platinum and resulted in two chart toppers, “Someone Else’s Star” and “Rebecca Lynn.” With subsequent releases he racked up a string of hits (“I’m Not Supposed to Love You Anymore”, “So Much for Pretending”, “Sittin’ on Go” and “Love is the Right Place). He dueted with Shania Twain and wrote songs for Sawyer Brown, Diamond Rio and Lila McCann.

He won awards from the Academy of Country Music (Top New Male Vocalist, 1995), Country Music Association (New Artist of the Year, 1996). Also in 1996 he shared a Grammy nomination for playing drums on “The Brickyard Boogie” with Steve Wariner, who just so happened to be White’s longtime music idol. “It’s crazy I got asked to play drums on an instrumental album of Steve’s,” he said. “He felt intuitive about it.”

He released a greatest hits album in 2000, but after that, just sort of dropped off the map. Several things happened around that time. One, he married actress Erika Page White, who at the time starred in the soap opera “One Life to Live.” They have two children together.

Second, he underwent something of an existential crisis.

“I got started at a really young age,” he said. “I knew I wanted to make music and be a singer, but when you get thrust into that kind of success, you see your identity wrapped up in that. You find that stuff is really plastic. I needed to step away and do some soul-searching. The music industry is a crazy world, you’re expendable. You might have a heyday, but things become a lot clearer.”

He found his way out of the crisis through Christian faith, though his music remained mostly secular. In 2009, after splitting from Warner Brothers, he released his first indie record and his most personal album, “Dustbowl Dreams,” about his Oklahoma roots. Steve Wariner paid him back a favor by dueting on the rowdy track “Hands of Time.”

Over the years, musically, “I don’t think my style has changed much,” he said. “My lyrics have more to pull from, from a songwriter’s perspective. I’m pulling from a deeper well.”

His next album, 2014’s “Shine,” was financed through Kickstarter. “You don’t necessarily need a record label these days,” he said. “You definitely need funding. What’s going on in the genre is not my cup of tea, but I understand it follows trends and I respect those who are out there.”

He enjoyed a career revival of sorts in 2016 when his 1999 song “God Gave Me You” became an unexpected hit in, of all places, The Philippines, where it was used for a popular TV show. That led to it going viral worldwide on Youtube.

He sometimes tours with a trio or a full band and sometimes solo acoustic. A tour of Twin Cities cafés around Christmas time has become a traditional journey, venturing from the warmer climes of Tennessee where he lives with his family. “My kids are jealous. If we want to see snow we have to drive three hours north,” he said.

Recently he taped a solo acoustic show for children’s hospital. “The engineer called and said, ‘You’ve got to release this.’ I’m kind of a perfectionist and said, ‘Eh, let me listen to it.’” But he ended up agreeing and will soon release a live acoustic version of a Christmas song.

At the West Theatre he expects to play a mix of his old hits, new songs and Christmas songs. “I love the storytelling aspect” of playing solo acoustic, he said. “The structure’s not so rigid. The intimacy I enjoy a lot. I feel more connected with the audience.” Though it’s hard to imagine being more connected than teenage girls pulling you off the stage.