Organizing a union of substitute teachers? 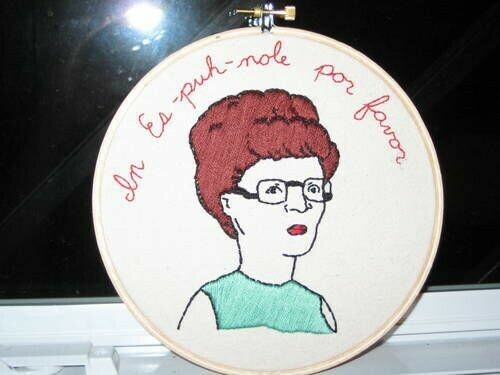 Two weeks ago I promised to write about my attempt to start a substitute teacher’s union. It turns out there may not have been that much to it.

In a month-long organization of my archives I have found nary a reference to my attempt to start a union in 1983.

It’s true that my Dad was the president of the Mankato State Faculty Union.

It’s also true that four years later, in my final year of teaching, I had joined the Duluth Federation of Teachers’ contract negotiations team and was eager to challenge the union president.

It’s also true that when there was talk of organizing a sub-union I thought it was a smashing idea. The problem is I can’t find paper proof of my involvement, and I keep everything. Even a book I started writing about those years a few years later makes no mention of this.

Yet over the years this episode has grown in my memory far beyond any proof of it that I can find now.

During this unionizing talk I was offered an almost full-time contract with benefits in the Duluth School District. I always wondered if hiring me was a move by ISD 709 to strangle the unionizing.

But as I’ve thought about this column it’s occurred to me that there may be a better explanation. I’d been working as a sub for a month in the heart of Old Central, the Admin building. Maybe I just made a good impression.

On the other hand, I did have a long conversation with one of the subs who had gotten an invitation to join such a union. She was an older woman who was content with the $75 a day she earned. Her husband was a businessman and she didn’t need health insurance. She was firmly in the grip of the pro professionalism of the NEA (National Education Association) not Al Shanker’s radical, blue collar AFT (American Federation of Teachers).

She was positively horrified by any association with unions, their strikes and uncooperative chip-on-the-shoulder attitudes. As the scales fell from my eyes I looked at a column I wrote in 2006 called simply “Collective Bargaining.” It’s about my Dad’s class on contracts and his collective bargaining game.

I love the story because it's about my liberal arts heart taking his Business Administration class. He had a such a good reputation that when my Mother was finishing her degree a few years before me she wanted to take his class. He told her NO.

So naturally when it was my turn I wanted in. My experience in the class is what I wrote about but in rereading the story I was struck by the prescience of the last three paragraphs in that column in those George W. Bush years:

There have been some profound changes in labor/management relations since I graduated. The most dramatic change has been the globalized market place which has undermined the once potent threat of a strike. “You want to strike? Go right ahead. We’ll just take our factory to Asia where non-union workers will work for peanuts.”

I don’t wish to make any moral judgments about the world’s new economy. Certainly, I’m happy that workers in the third world are getting the same kind of opportunities that Americans have long enjoyed.

But I have a word of caution for the NAFTA loving politicians who have helped bring this new world about. Elections are won by majorities. As long as a majority of Americans can count on having jobs, pensions and medical benefits there is hope for the free traders.

To that end the free traders ought to encourage the establishment of strong unions in the third world.

If workers in the emerging world take advantage of the power to strike for their own benefits, safety and health it could help slow down the great “race to the bottom.”

If the race doesn’t slow down the free traders will find themselves caught up in it as well.

Anyone wondering how Donald Trump became the Republican Party has only to look back at my prophetic words. They presage Donald Trump defender of factory jobs, his 2016 election, his disputed defeat and his attempted January overthrow of the government. Who were/are his warriors? Guys whose jobs are everywhere but in America today. Many of them used to be Democrats. They have no love for the Republican Party because it was the party of Free Trade.

But to the fury of Republicans Bill Clinton co-opted the issue and gave us NAFTA. Trump’s workers can’t trust anybody.

And where are Republican Free traders today? Some have done what Congressman Paul Ryan did. He crawled into the fetal position back home in Janesville, Wis.

However, most of them have become Donald Trump’s eunuchs.

“Right-to-work” Republicans won the day and muzzled unions but something funny is happening today. While anti-union laws have flattened both inflation and wages, Donald Trump’s panic over Covid and its despoliation of our economy have made quarantined workers very choosy about their jobs. Wages are rising again and without unions. Even substitute teachers are getting in on the rising paychecks. Consider it hazard pay.