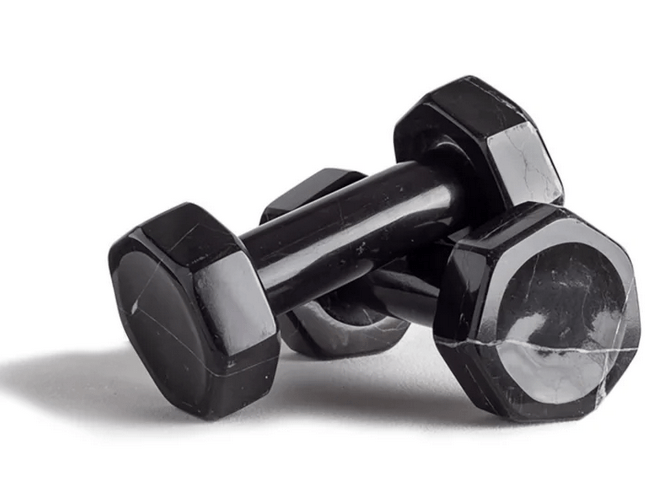 The wealth gap between the top 10 percent and the bottom 90 percent has reached staggering proportions.

In 1970 the wealthiest families owned about 20% of the nation’s household wealth. Today it owns more than 35%.

Elon Musk, who often pays no federal income taxes, made $38 billion in one remarkable day on the New York Stock Exchange.

In the first 19 months of the COVID-19 pandemic, U.S. billionaires added $2.1 trillion to their stash.

Before the pandemic about 40% of our families were living paycheck-to-paycheck. Today it’s close to 80%.

The pandemic, which has no real signs of aborting, has allowed the rich to stay in their mansions, yachts, vacation homes and five-star hotels, order their meals, collect their stock dividends, bank their investments and have luxury items delivered by those paycheck-poor forced to work in air saturated by viruses.

In 2020, 46.2% of unemployed white households and 65.2% of black unemployed households could not come up with $400 for an emergency. Meantime, the richest 1% own one-half of the entire stock market wealth.

A New York Times article titled “Why Is It So Dangerous To Be Pregnant in America?” points out why women in the richest country in the world have the highest rate of maternal mortality in the developed world. The article points cites facts:

“A woman’s chance of a healthy pregnancy varies greatly depending on where she lives, based on factors such as whether she has a high school diploma, her exposure to poverty, her access to OB-GYNs and midwives, and her access to abortion clinics.”

One woman in five of reproductive age in our Southern states lives in poor counties with a high risk of death and other poor maternal health outcomes, such as post-partum hemorrhage, pre-eclampsia and preterm birth.

American Indian and Alaska Native women are 2.6 times more likely to live under conditions that create problems during and after pregnancy.

Women living on American Indian reservations die at higher rates and have riskier pregnancies.
White women are more likely to live in good physical surroundings, in communities with less pollution and violent crime, live in higher quality homes, have better transportation options and financial resources, and have healthier food options.

In the last 20 years maternal mortality has increased 60% in America, the country with the widest gap of wealth inequality on Planet Earth.

What were the wealthiest doing the last 20 years and during pandemic?

I was wondering about the poor. When would they get so fed up with wealth inequality and the theater of luxury they would take matters into their own hands?

It was Nov. 20 when as many as 80 looters smashed-and-grabbed a San Francisco Nordstroms, a major supplier of luxury items for the wealthy, and stole $1 million worth of luxury off the shelves. They assaulted employees, smashed windows and glass tops. Cars were waiting for them and the loot in the street.

This happened in one of the most unequal cities in the world – mansions with the most bathrooms while thousands of homeless urinate and defecate in the streets, parks and alleys. Workers can’t afford to live in the city they serve. This is just the beginning of mass smash-and-grab.

The wealthy maintain health by using the finest doctors, the most expensive treatments and the finest gym equipment. The wealthy filled mansion rooms with expensive fitness equipment during the pandemic. To emphasize their capacity to play and win, they bought Louis Vuitton hand weights crafted of lustrous metal and engraved with the LV logo selling for $3,000, and black marble dumbbells for $2,000. The luxury games are on!

I particularly love the one about lining fitness and meditation rooms with pink Himalayan salt because it cleans the air!

With so many clubs, theaters and gourmet restaurants closed, there are few times to wear 6-inch stilettos, so the wealthy concentrate on buying comfortable fitness shoes. Ah, what a luxury sport!

The famous fashion names of Gucci, Prada, Balenciaga, Chanel, and Vuitton got into the luxury sport shoe market because a lot of money was to be made. How about $2,000 electric blue sneakers covered with crystals, flowers, and fancy logos to satisfy rich happy feet? Or Croc clogs starting at $650?

The Rolex watch company can’t keep up with the demand!

When a wealthy bidder at an art auction raises his hand to bid on a Picasso, Rembrandt or Van Gogh, he will most likely let his shirt sleeve slip to expose a Rolex watch to the auctioneer and other bidders.

There are so many people playing the Rolex watch luxury game, the watchmaker company can’t keep up with the demand for a watch that normally sells for $6,500 to $75,000. Specialty Rolexes sell for much more. (Remember the Air Force veteran at the Bonanzaville Antique Roadshow who fell to the ground when he was told his Oyster Rolex would bring $700,000 on the antique market?)

Billionaire hedge fund executive Ken Griffin of Chicago evidently loves to win luxury games. I don’t know if he has one Rolex or a dozen, but he recently leads the luxury game of possessing the most expensive apartment in New York City by parting with $238 million for one near Central Park.

The other night he won another luxury game by bidding $43.2 million for an original copy of our Constitution. He paid double the estimate in a bidding war. Five hundred copies were printed in 1787 for Constitutional Convention delegates but only 13 still exist.

The question is: who loses the luxury games that take trillions of dollars to play? It’s the millions of families who have supplied the workers who have made the trillions for the wealthy in the first place – and allow them to live 13 more years.

In the last 30 years, governing plutocrats participating in the luxury games have failed to make life better for two-thirds of their workers who do not have college degrees.

No, but you should be able to live comfortably for your service near mansions on the shining hills instead of starving in the ghettos of dark dry arroyos.

Why does the wealthiest country have the highest poverty rate?

Jared Bernstein of the White House Council of Economic Advisers studied poverty in the richest countries on four continents and discovered the Divided States had the highest poverty levels of the 20 countries he examined.

As a share of their Gross Domestic Product, France, Austria, Denmark and Finland all spend at least 50 percent more than the DSA to assist poor people – and their poverty rates are about half as high.

Three facts that support the evidence we are at the bottom of 20 rich countries:

(1) Blacks in the U.S. are twice as likely to live in poverty than Whites,
(2) Adults without a high school diploma are nearly six times as likely to be poor as a person who has a BA degree, and
(3) People below the poverty line are eligible for food stamps. But they usually run out of stamps by the middle of the month. (More than 42 million poor Americans are on food stamps.)

Studies show that nearly 60% 0f Americans between the ages of 20 and 75 will experience periods of poverty – and more than that will fall into “near poverty.”

So, while poor Americans are stressed about having enough to eat for the rest of the month and where their table might be, rich Americans luxuriate in throwing $2,000 marble dumbbells, $75,000 Rolexes, and their many-bathroomed mansions into luxury game finals.

There was poverty in America prior to 1981 when Ronald Reagan was the first president to attempt to dismantle FDR’s New Deal and LBJ’s Great Society.

The great budget balancer cut taxes, cut $22 billion from social welfare programs, wasted billions on the military remodeling old battleships that would never again fire a 16-inch gun, and tripled the national debt by adding $3 trillion to it.

Somebody must have messed up the 3x5 cards he kept in his pocket that carried his political program. His social program based on the local welfare queen driving a new Cadillac made the poor even poorer.

Heard much from the patriotic millionaires lately?

The Patriotic Millionaires Club was formed eleven years ago to lobby Congress to change tax laws so the Top 10 Percent would actually pay a rate higher than burger flippers, taxi drivers, house maids and broccoli pickers.

Hedge fund manager Morris Pearl formed the group because: “I do pay some taxes [either none or little] from time to time, but it’s not a regular thing the way people that earn wages and salaries do.”

For some reason the club has not shown much enthusiasm for paying their fair share of taxes. Out of the 20.2 million millionaires and the 788 billionaires in the Divided States, only 200 have joined the club since 2010! Not a single billionaire has signed up!

On Thanksgiving Day the Pentagon announced that 160,000 young military families, or 14% of the total force, were not paid enough to supply adequate food and housing to military families assigned to wealthy areas of the country. On Thanksgiving Day the Department of Agriculture announced that 40 million American families suffered from “food insecurity” on that day. That’s a fancy term for not having enough to eat.

Speaking of food, billionaire Bill Gates and ex-wife Melinda are the biggest farmland owners in America at close to 300,000 acres, according to NBC. The farms are in 20 states and managed by Cascade Investments. The farms supply most of the potatoes made into French fries by McDonald’s. Bill is not a Patriotic Millionaire either.

If you want to see the winner of the most luxurious mansion in the country, visit the George Vanderbilt estate called Biltmore near Asheville, North Carolina. Beginning construction in 1889, at least a thousand workers from around the world took years to construct the 178,926 square-foot residence of 254 rooms on 700 parcels of land totaling 125,000 acres. The estate includes diverse farms, a dairy, and a winery. We took two days just to visit part of it. It may be the all-time winner in the luxury game, costing $1.6 billion in today’s money.