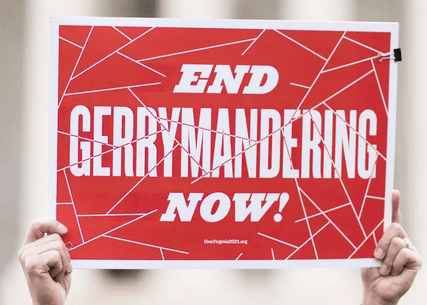 “... the preferences of the average American appear to have only a minuscule, near-zero, statistically non-significant impact upon public policy.”

This was the conclusion of research done by Professors Martin Gilens (Princeton University) and Benjamin I. Page (Northwestern University) back in 2014. They were merely elucidating the obvious.

The very wealthy and big business interests have always called the shots and public opinion, or the common good, has never mattered.

As the railroad magnate William Vanderbilt said in 1883, “...the public be damned.”

In Wisconsin it is obvious that on the issue of redistricting and gerrymandering the Republican-con-trolled legislature couldn’t care less about public opinion.

On Nov. 11 they passed their rehash of the highly gerrymandered 2011 legislative and congressional district boundaries.

Gov. Evers has vetoed these bills. This will throw the redistricting process into the courts. The result will be a long, expensive, divisive battle with no public input and little chance that the will of the people will prevail.

A majority of Wisconsin voters want gerrymandering ended. Polls taken by Marquette University (and other organizations) show the voters want redistricting to be done with an independent, non-partisan commission. Seventy-two percent of voters favor this process. This is supported by 63% of Republicans, 83% of Democrats and 76% of independents. Advisory referendums across the state also show majority support for an independent commission.

Evers did create a “Peoples Map Commission” but it is only advisory. The state constitution would have to be changed to allow an independent, nonpartisan redistricting process.

Problems with gerrymandering are well known. President Ronald Reagan, speaking to the Republican Governors Club in 1987, called for “...an end to the anti-democratic and un-American practice of gerrymandering congressional districts....The fact is, gerrymandering has become a national scandal.”

Reagan, of course, didn’t do anything to end gerrymandering during his eight years in power. He didn’t speak out because he was a great advocate for fairness, democracy, or good governance. He was merely angry that Democrats controlled many state legislatures and had stacked the deck in their favor.

At that time the Republicans were the party being gored by the system.

In Wisconsin the Republicans control the legislature and extreme gerrymandering is just fine with them.

In 2011 they created highly gerrymandered districts. Since 2010 Republican behavior has been scandalous, undemocratic and un-American. Gerrymandered “safe districts” allowed them to ignore public opinion on many issues. The public be damned.

Wisconsin Public Radio has a good series of six investigative podcasts that tells the story of how Republicans ran the redistricting process in 2011. Called “Mapped Out,” reporters Shawn Johnson and Bridgit Bowden document how Republicans used their total control of state government to produced the worst partisan gerrymandering in Wisconsin’s history (see wpr.org/mappedout).

They describe how a private law firm, hired with public money by the legislative leadership, using secret meetings, partisan consultants and no public or Democratic input created the new districts. The new district boundaries were rammed through the legislature in one week with only one public hearing. The hearing was done at the same time as the massive Act 10 protests at the capitol so got little public attention.

Of course, lawsuits followed. The Democrats had proof – including testimony from one of the Republican consultants – that the new maps were deliberately gerrymandered for partisan advantage.

In 2016 a three judge federal court ruled 2-1 that the maps were unconstitutional. The case was appealed to the U.S. Supreme Court. In 2018 the Supreme Court remanded the case back to the lower court on a technicality.

In 2019 cases involving partisan gerrymandering in North Carolina and Maryland came to the U.S. Supreme Court.

The court ruled by 5 to 4 that resolving gerrymandering disputes is a political issue and not the task for the courts. This killed any additional legal challenges in Wisconsin. Gerry-mandering for political advantage and partisan control was just fine. The public be damned.

Adding insult to injury this ruling was the result of the U.S. Supreme Court itself having been effectively “gerrymandered.”

Literally within hours of Scalia’s death, Republican Senate Majority Leader Mitch McConnell publicly stated he would not accept any Obama appointment. The nomination would be on hold until after the November presidential election.

There was nothing in law or precedent to require or justify this outrageous action. The Republican Judiciary Committee refused to hold nomination hearings for 293 days until end of the 114th Congress on Jan. 3, 2017.

After Trump was elected, he appointed Scalia’s replacement maintaining Republican control of the court.

In the past some judicial nominees were withdrawn and a few were voted down, but none were simply stonewalled without a hearing. Once again scandalous, anti-democratic, un-American manipulation was used to perpetuate partisan power and control.

In other words, the people and democracy be damned.

Perhaps if Ronald Reagan had been the plaintiff before the Roberts’ court we would have had a more democratic ruling. But gerrymandering is not about “both sides doing it.” It is not just partisan whining because your party is currently loosing.

Gerrymandering is a fundamental threat to democracy and it hurts everyone. One party being in complete control – that is, one party rule – leads to one-sided decisions that result in bad public policy.

The “public be damned” is not a good way to run a railroad, a democratic government or a society.

As with many other problems, we know what needs to be done about redistricting and gerrymandering.
There are procedures, guidelines and statistical tools that can produce better results. There are objective measurements that can tell us when districts are competitive, less gerrymandered and more democratic.

Next week we will look at how redistricting should be done if democracy really mattered.