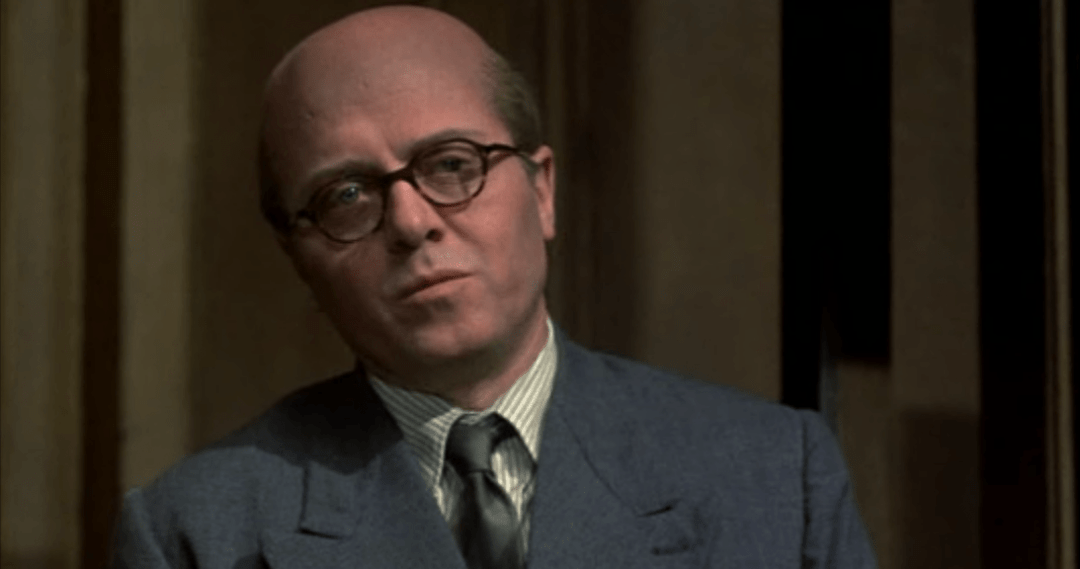 It’s a blast to soak up all the great horror movies in the Halloween season, and then see those monsters and miscreants walking our streets and begging for treats on the big night.

I’m a big fan of classic horror and sci fi, but I got to thinking the other night which Halloween monster or hobgoblin I would least like to see on my doorstep.

After considering all the usual suspects, I decided the worst monsters are real ones, so I would hate to have John Reginald Halliday Christie on my doorstep.

Christie was a pink-faced, sickly, whiny, wheedling serial killer. Or that is the way Richard Attenborough plays him in the 1971 Richard Fleischer film 10 Rillington Place. He’s like a murderous Elmer Fudd. But this is no cartoon, and the story has an unbelievable twist in that a 25-year-old illiterate Welshman was wrongfully convicted and executed for the murder of his wife and baby daughter, crimes that Christie confessed to three years later before his own execution.

Christie did not look like the monster he was. He looked like Caspar Milquetoast, a cartoon character from the 1920s who gave name to any male who personified timidity.

Yes, sometimes we look for horror in all the wrong places. As Ray Parker so wisely said in his one hit wonder: I ain’t ‘fraid of no ghost.

But I am afraid of John Christie. Watch 10 Rillington Place and you will be too.

It begins with this written prologue:

“This is a true story. Whenever possible the dialogue has been based on official documents.”
That is shown to an air raid siren, which merges with muted trumpets. Creepy woodwinds and a harp take over. We’re in the capable hands of English jazz composer/saxophonist/film scorer John Dankworth.

The movie is based on the 1961 book Ten Rillington Place by Ludovic Kennedy.

Director Richard Fleischer is a favorite of mine for an early film, the tight, taut 1952 film noir The Narrow Margin, starring Marie Windsor and Charles McGraw. Also among his many films are things such fun things as 20,000 Leagues Under the Sea (1954), The Vikings (1958), Compulsion (a fictionalized account of the Leopold/Loeb murder, 1959), Fantastic Voyage, Doctor Dolittle and The Boston Strangler (all in 1968), Soylent Green (1973), Amityvlle 3-D (1983) and Conan the Destroyer (1984).

We first meet Christie in 1944. It’s London during the blackout. A woman comes to his home for a bronchitis treatment. He’s in his air raid warden suit, his bulbous pink head floating above the dark blue. He brews up a poisonous mixture and puts a mask on her face, tells her to breathe deeply of the vapors.

She struggles, and he presses the homemade mask harder against her face. She passes out, and he finishes her off with rubber tubing and buries her in his back yard. It was suspected he had sex with the body.

Oh, he’s a nasty one. A horrible pink little man.

We move forward to the post-war years and a young couple has come to look at the squalid two-room flat above Christie’s. The couple, Timothy and Beryl Evans, are portrayed by John Hurt and Judy Geeson. They moved into the flat the spring of 1948. That October Beryl gave birth to their daughter Geraldine. 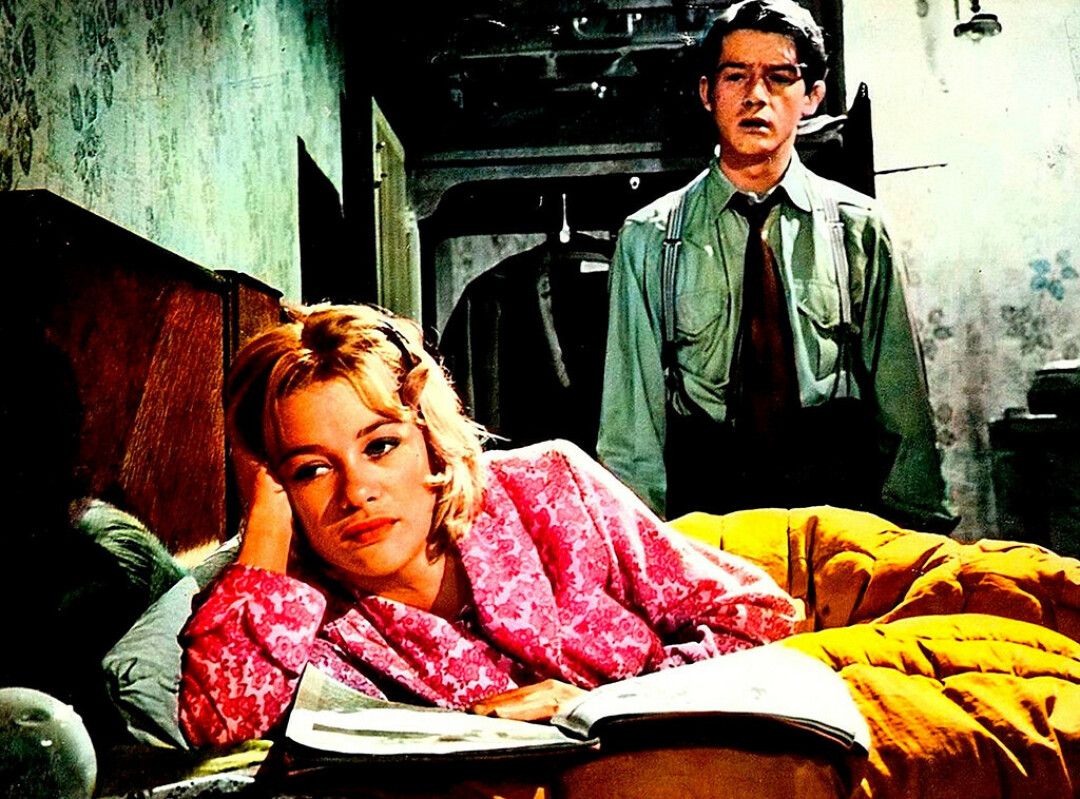 A year later she is pregnant again, and Christie offers to use his medical knowledge to abort the child.
Hurt plays Evans like a pretentious braggart who claims to be the son of an Italian count and used to the finer things in life, when, in fact, he is a functional illiterate dreamer and an incurable liar. There’s an English word for the kind of person Hurt is representing – gormless. Hurt’s Evans is the epitome of gormlessness, made to be manipulated by the likes of Christie, who preys on the gormless.

Hurt was an amazing actor, and he plays this dummy beautifully. After Christie kills Beryl Evans, he convinces Evans to go on the run. When he eventually gives himself up to police and then is accused of the murder of his wife and baby daughter Geraldine (Christie had told him the daughter is with a nice couple in Acton), it looks like Hurt did something painful to his eyes (or they had an extremely skilled makeup artist on the set) because they look more like assholes than eyes.

Evans told police that Christie committed the murders, but somehow they eventually got a confession out of him, but, in retrospect, it appears the confession was contrived by the police who were certain they had their man.

It was later determined that had the police made even a cursory investigation of 10 Rillington Place, they wold have found plenty of evidence to convict Christie rather than Evans, such as a human femur that was supposedly later found propping up a fence.

Instead, Christie, with quite an extensive criminal record for theft and assault, was the chief prosecution witness against Evans.

Meanwhile, Mrs. Christie doesn’t like the turn of events and will no longer sleep with her husband. One day she makes the mistake of telling him that she is leaving him to live with her sister in Sheffield. Fearing that Ethel will spill the beans on him, Christie kills his wife and buries her under the floorboards in their dingy living room.

On top of being a murder, Christie is said to have suffered a personality disorder that caused him to seek attention by exaggerating or feigning illness. 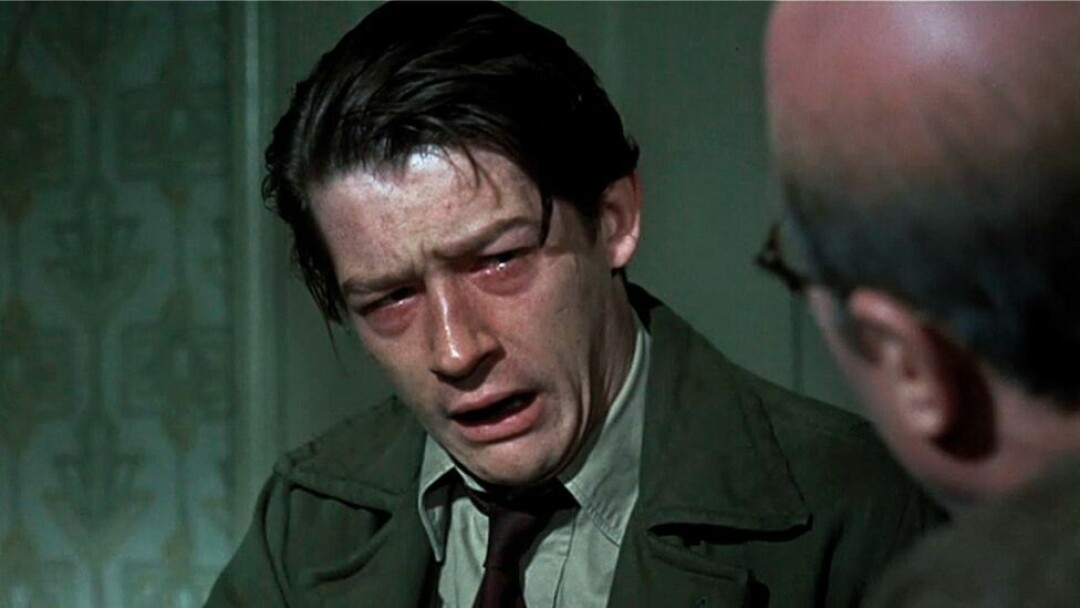 John Hurt plays the illiterate Timothy Evans, who was wrongfully convicted and executed for the murder of his wife and daughter in 1950. John Christie confessed to the murders just before his own execution in 1953. Evans was granted a posthumous pardon in 1966. His case was key in the abolishment of capital punishment for murder in the UK in 1965.

Christie eventually confessed to seven murders (that did not include Gerladine Evans), but investigators believed there could have been more, largely due to Christie’s trophy collection of pubic hair from his victims. His collection did not match the victims found in the walls, floorboards and back garden of 10 Rillington Place.

In the end, he was charged only with the death of his wife. He pleaded insanity, but the doctor who evaluated him said while he suffered from a “hysterical personality,” he was perfectly sane and knew he was doing wrong.

On July 15, 1953, Christie went to his death by Alfred Pierrpont, the same hangman who ended the life of Timothy Evans.

Evans wrongful conviction and execution is one of the key reasons Britain abolished the death penalty for murder in 1965.

In 1966, Timothy Evans was given a royal pardoned after a second inquiry, but it was absolution on a technicality. In 2003, after an independent assessment of the case, the Evans family was granted compensation payments for the miscarriage of justice.

That investigation also looked at Evans’ confession, and determined that it appears to be written more in the language of police than in that of an illiterate man. So just another case of stupid, incompetent, lazy police. They are a disgusting breed, but that’s a completely different story, how our fear of everything led us to the brutish police state we live in today.

I would like to see the 2016 BBC mini-series Rillington Place, starring Tim Roth as Christie.