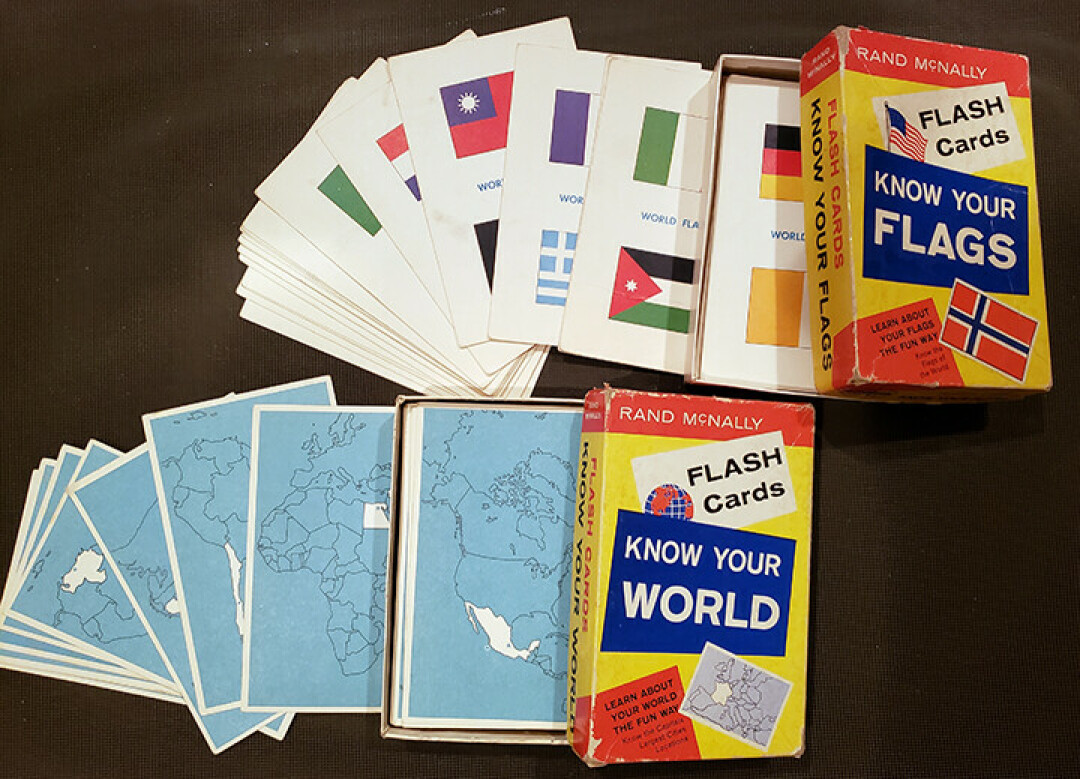 I have been everywhere in the United States for 10 minutes. That’s how I describe my Dad’s mania for introducing his three kids to America. His hope was to get all three of us to the 50 states.

When he got his new job as a college teacher at Mankato State he suddenly had the means to accomplish it, summers off, or at least half a summer. Suddenly he was like today’s French citizens.

Discovering that national parks only charged five dollars a night to pitch a tent sealed the deal.

From the summer of 1964 until 1969, the year I started college, Dad’s five and six-week odysseys got us to 10 Canadian provinces and 49 states. The only state we had to pick up on our own was Hawaii.

This was supposed to be a column about a somewhat different vacation of discovery in France that my wife and I just returned from. But, still jet lagged, I woke thinking about my scion.

Rummaging through odds and ends of Dad’s life I’ve found lists he made of the states he visited each year of his early life. After our summer treks across the continent he traced the routes we’d taken in different colors on a wall map. I do this too.

I have a fragile note he wrote in crayon for his mother, promising to take her on a world trip. The year we moved to Minnesota he wanted to use his first summer off to take us to Europe.

My Mother, who was less interested in galivanting across the globe, told him he should take his Mother to Europe while she would rent a cabin in northern Minnesota with the kids. He did and she did and I discovered Lake Superior agates at Grand Rapids’ Lake Pokegama.

As a child I was fascinated by a thick scrapbook of war news Dad had clipped from Life magazine about the war America would soon enter. They covered every remote place that Life sent photographers.

Dad would later test his wanderlust as a sailor crossing the Panama Canal; watching his pals get hustled into Mom and Pop brothels during shore leave, and picking up melted debris walking across the blasted surface of Hiroshima, Japan.

When I was little he bought a set of Rand McNally “Know your flags” and “Know your maps” flash cards. He taught me the outlines of the world’s nations. Although borders changed as colonialism was put to bed they are still embedded in my brain.

As colonies became nations of rival tribes, sects, languages and traditions Dad helped me collect stamps that gave me insights on what each country wished to memorialize about itself. I showed one of my dusty stamp albums to a grandson who was astonished to find a stamp with Adolf Hitler on it. Time travel.

I became an avid watcher of an early reality television series called Bold Journeys. It showcased the home movies of successful ex-GI’s who took movie cameras on tours of exotic lands which encyclopedia maps a decade earlier had described as “unexplored territory.” They were unleashing their inner Ernest Hemingway on lands soon to be erased by modernity, population increase, industrial exploitation and habitat loss. I saw “primitive” Amazonian women chewing leaves and spitting them in a communal pot to ferment into an alcoholic beverage. I learned a lesson from Africans singing in cadence as they paddled canoes something I have imitated ever since to make work lighter.

My Father’s interests made me an avid reader of the Weekly Reader, Junior Scholastic and Senior Scholastic, magazines published for schools. Its hardly surprising that I transferred this enthusiasm when my seventh grade English teacher introduced me to the wonder of Readers Digest. (see “ Me and Reader’s Digest, Duluth Reader April 15, 2021)

Alas, I failed to instill the travel bug in my own son. When Robb was five and his mother was working in Florida we arranged a flight to join her for a visit to Disneyworld. On the dark morning I woke my children to get them to the airport my son told me he would not go. He locked himself in the bathroom.

Time was ticking so, suppressing panic, I summoned my sternest voice and told him, “If you do not unlock the door I will take it off its hinges and I will be very angry.” Defeated by my ominous threat Robb reluctantly opened the door. I was deeply relieved that my son did not grasp that the hinges were on the inside, his side, of the door and thus beyond my reach.

My son has maintained an almost ascetic view of travel which, considering the introduction of invasive species, the spread of exotic diseases and the contamination of the skies with jet contrails, is not an entirely unfortunate inclination.

As for me I’m glad we no longer live in a world where peasants are born and die in the same village rarely traveling more than a day’s walk from the place they will be interred. Oh, and what did I discover on my trip? That’s coming up in next week’s Not Eudora.

Harry Welty pops out of the Internet to survey the world at lincolndemocrat.com.