Will another empire die of greed? 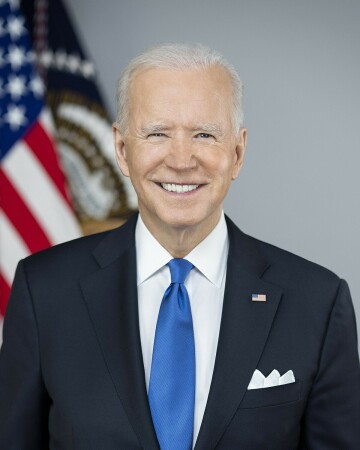 Will we soon see a documentary called Requiem for a Lightweight?

It’s plain to see The Divided States of America still has two political parties. One is called the Democratic Party. The other is called the United States Supreme Court.

The country is now being harassed and demoralized by a vicious cult of gunslingers formerly known as the Republican Party. Cult zombies wear Hawaiian shirts instead of brown, tactical clothing, weapons of every description, swastikas, and blue suits, ties, and pantsuits as they sit in the Senate and House chambers.

They are led by a former president, a narcissistic pathological constipated nutcase who can’t tell the difference between truth and lies.

At this point in our history, I think retaining our democracy has a less than 50% chance. When I saw Iowa Senator Chuck Grassley appear at a Trump rally in Des Moines, he proved he was a cult zombie when he said he appreciated Trump’s endorsement. Before my eyes he made a ball of Trump’s dung and started to push it around the plains of Iowa like a dung beetle would.

After watching Joe Biden and his White House (“the most experienced staff in history”) operate for nine months, they seem to be infertile. The list of what they have to get pregnant is getting longer instead of shorter: voting rights, gerrymandering, student debt, immigration, DACA children, gun control, ghost automatic weapons, economic inequality, minimum wage, health care and drug prices, climate change, robo calls, homeless Americans, abortion, evictions and many other outrages.

Stop chewing gum, Joe, and get on with it. Who wants a return to that “normalcy!”

I have never been a Biden fan. Down to the last 10 Democratic candidates for president, I put him at tenth. He was elected to the Senate for six terms by guessing what the majority of Delawarians would vote for. He seemed to have the same year of experience 36 times. Election was his only goal. He promoted tax-haven status for Delaware because it got him votes.

After watching his administration stumble, bumble and fumble its way trying to get agreements on basic issues even from its own members, I tremble for our democracy. Joe B has failed to corral Joe Manchin, so far who has only two loves: TV cameras and Joe Manchin.

What has Joe M ever done for the poor of West Virginia? Nothing – while making himself rich by coal investments. There goes climate change!

Biden had also failed to connect with Arizona’s Kyrstal Senima, a golddigger like Melania Trump, prostrating and prostituting herself before the drug cartels of Big Pharma with its 3,500 lobbyists for Citizen’s United cash.

This political drama reminds me of Requiem for a Heavyweight

In Rod Serling’s dramatic opening scene of his movie, Mountain Rivera, played by Anthony Quinn, is having the crap beat out of him for seven rounds by a young Black heavyweight actually played by Cassius Clay before he renamed himself Muhammad Ali. Mountain has been a fighter for 17 years and has always worked hard for his manager Maish, played by Jackie Gleason. Maish is also a gambler on the side who owes the Mob a great deal of money.

After the fight, the ring doctor tells Mountain and Maish he can’t fight again because he might end up blind. Mountain’s trainer Army, played by Mickey Rooney, wants only the best for Mountain. Maish wants Mountain to become a wrestler to make some more bucks to cover his gambling debts.

That’s when the movie begins to ponder the question: Can the punch-drunk fighter, with glory days gone, find a new life? It’s a great story told by three great actors.

Joe Biden got elected because he ran on Bernie Sanders’ Medicare-for-All and his policies for improving the lives of poor and middle class households. It’s the foundation of the $3.5 trillion Build Back Better Act that will bring us close to the other 37 industrialized countries that have developed and paid for social safety nets for many years.

We lead the world with COVID deaths and infections because we didn’t give a damn about poor families. A strong majority of Americans support key elements of Bernie’s policies: 88% believe we pay too much for prescription drugs, 84% believe Medicare should be expanded to include dental care, hearing aids and eyeglasses, 73% support family and medical leave programs, 67% want universal pre-k, 67% believe the federal government should raise taxes on high-income people and corporations.

1. Big Pharma is spending hundreds of millions of dollars lobbying Congress because it doesn’t want Medicare to be able to negotiate prices with the cartel. Just today, Merck said it would charge $712 for a pill that costs $17.74 to produce – after the government had paid them to develop the drug! So far they have hired three lobbyists to harass each member of Congress. They have poured so much money on the golddigger Krystal Sinema they think she will stay bought. So do I.

Heck, Americans can afford to pay 10 times what people in other countries pay for drugs! While one out of four Americans cannot afford to fill their prescriptions, the six largest drug companies made $50 billion in profits while the 10 highest paid CEOs made more than $50 million each last year.

2. Nearly 40% of U.S. households have faced serious financial problems this year, while 59% of households making less than $50,000 have terrible problems. The totals by group: 57% Latinos, 56% Blacks, 50% Native American and 29% White. During this COVID time, millions of senior citizens and people with disabilities cannot afford home health care, dental care, hearing aids and eyeglasses. Insurance companies are fighting this proposal by spending millions of dollars because they don’t want Medicare expanded. They want us to pay twice what every country with universal care pays to maintain their people’s health. Greed is deadly.

3. The two richest Americans own more wealth than the bottom 40%, pay no federal income taxes, and have bought more than their fair share of Congressmen. Sixty-five of the largest corporations paid no federal taxes. Need I say more?

4. The Build Back Better Act will cut child poverty in half, expand Medicare to cover dental, hearing and vision, cut prescription prices, improve care of the elderly and disabled, cut down on climate change, and finally tax the rich and corporations to cover costs of the “common good.” Why would anyone with personal and family values exchange these policies for changing into a beetle for pushing Trump dung around Iowa for votes?

5. Why isn’t the Best Congress Money Can Buy embarrassed for being the only “advanced” country in the world not guaranteeing paid family and medical leave? The richest country in the world spends $500 supporting toddlers while the other 37 countries in the Organization for Economic Cooperation and Development (OECD) average $14,000. The U.S. spends about $1,000 a year on low-income children two years or younger and averages $200 for other toddlers. Fourteen states offer no programs for public preschool children. European schools start three-year-olds in public school programs and allow new parents 14 months of paid leave to start their family. It’s no wonder we have to import educated foreigners to keep our economy going.

6. Do you think the Best Congress Money Can Buy should be interested in why 50 Democratic senators represent 42 million more Americans than 50 Republican senators?

Why will Jews marry Catholics but Democrats won’t marry Republicans?

Numbers for Republicans feeling “unfavorable” about Democrats in the same periods: 17%, 43%, and 52%. Another interesting “unfavorable” position: in 1958 28% of parents objected if their daughters married a Democrat or Republican. By 2017 that figure had risen to 55%. I would like to see what the number is in 2021 – after four years of Trump and QAnon.

Stupid, power-hungry Trumplican zombies, pushing huge balls of Trump Big-Lie dung have increased frustrations to the explosive point by refusing to pay the bills incurred by their administration when they raided the treasury for tax cuts for rich sponsors. A debt ceiling? It’s a fake argument! Pay the damn bills! It can’t exist in a democracy that functions for every citizen.

The two Joes want to “bipartisan” with Trump zombies? Those days are long gone. The lobotomized zombies are marching in the Trump wilderness through the night of the living dead.

Tragically, he’s an old man at 78. A few years ago I played bridge in a foursome with three men who had reached 95, 96 and 99. It was great fun because they were all younger and smarter than Joe Biden.

Our top One Percent has been making trillions of dollars from the labor of underpaid workers in all fields of the economy, particularly during the last 40 years.

They have made that money by destroying unions and by buying Supreme Court judges and members of Congress.

A few realize that if they don’t improve the conditions of their workers, they will kill the Golden Goose that lays such large golden eggs. The majority of the superrich are so busy helicoptering over desperate, hungry people living in rat-infested ghettos, they don’t look down. Then they board their $80 million private jets or $500 million yachts to fly or sail to resorts and mansions around the globe.

If they don’t share the wealth they gained with workers who live paycheck to paycheck because of them, their safe rooms may not be enough.

It has always been so with the end of empires. If the progressives do not hold firm on their proposals, real democracy will go down in the maelstrom. Joe Biden will then be the star of a show called Requiem for a Lightweight.