Some questions and predictions 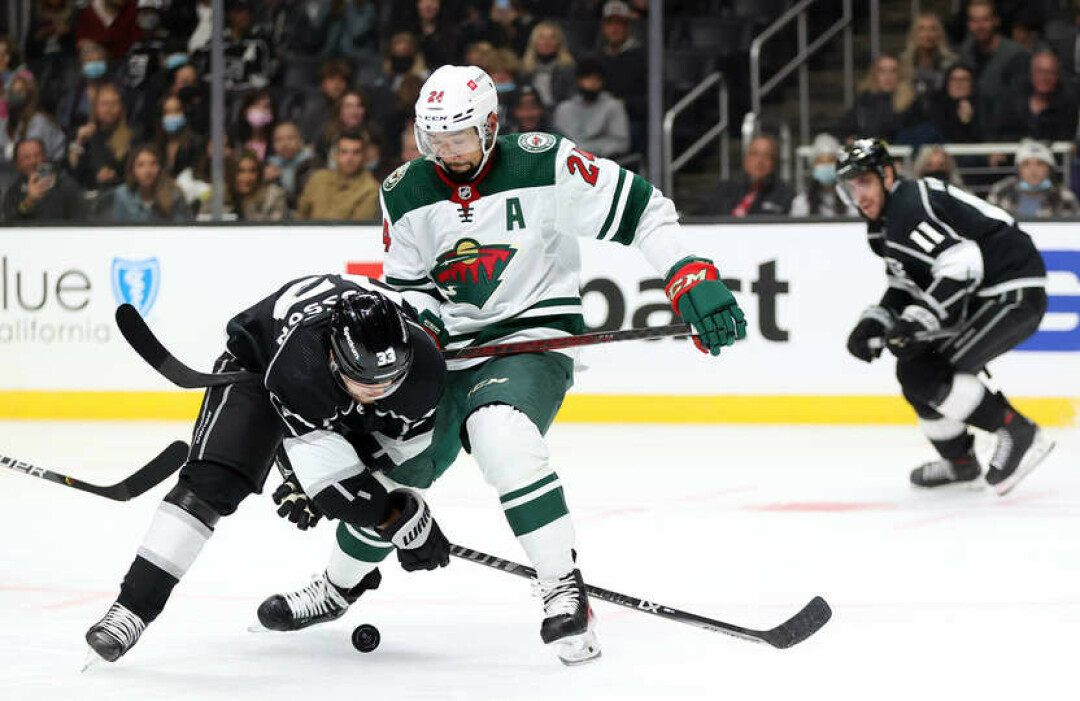 ENGER PARK – The 2021-22 National Hockey League season has commenced, and we are halfway through the first seven days.

The Minnesota WILD didn’t play until Friday night and followed that with their first back-to-back the next night. There wasn’t much travel involved except for the trip out and back home since the opponents were the Anaheim Ducks and the LA Kings.

The WILD prevailed both nights, 2-1 versus the Duck and 3-2 against the LAK. Their home opener takes place in a couple of nights, with the Winnipeg Jets visiting St. Paul on Tuesday eve.

The Jets also began the season with a West Coast swing but dropped consecutive tilts to the Duck and the SJ Sharks. I’ve seen both clubs play and feel the WILD are more on their game at this early point of the new season.

IN THE PAST WEEK, I’ve seen a couple of teams hand out some major money contracts to retain players, with Charlie McAvoy inking an eight-year/ $76mil contract to remain in Boston and Brady Tkachuk received a seven year/$57.5mil deal to stay in Ottawa.

Obviously, these weren’t the only deals of this magnitude to be forged duriing the offseason; they are merely the most recent.

While I am all for talent getting compensated in pro sports, is this sustainable for the NHL? That’s my only question about this.

League and team revenues took a significant hit in the past 18 months due to the pandemic, and most of the clubs are just now reopening their arenas to fans and their wallets.

We already saw some clubs, having too many such contracts on their books, have to fill out the remainder of their rosters with young players on ELCs or bringing in veterans on their last legs willing to accept minimum deals to hang on to their careers a bit longer.

So, with the salary cap remaining flat this season, and probably for the foreseeable future (to offer the teams a chance at some financial recovery): how do teams and their GMs adjust?

If every team has 5 or 6 guys on big-dollar deals, with 17 to 18 on lower dollar deals, how long does this work out for the large majority of guys who aren’t the big money players?

Do the lower roster guys complain at some point?

Is this simply another march by the teams, owners and GMs toward the same type of financial madness that led them to fight for a salary cap in the first place?

In addition to this, that monster in the closet, aka “escrow,” is still there. And yes, the players still aren’t happy with the way it currently sits.

ONE THING THAT always captures my interest every season is the preseason predictions by some of the major hockey media. I look at several of them, mentally dissect them as much as possible, and then determine if they are valid or just a bunch of hooey. Few, if any of them are ever correct (including mine) and in this age of league parity, are more challenging than ever to nail down.

So, if for no other reason than to have mine “on the record,” I’ll offer up my own.

Here are my projected order of finishes:

Atlantic notes: FLA will be the cream of this crop, TBL will still be strong, but lost the components that won Cups for them. TOR forward group is excellent, not enough ‘D’ or tending to do anything. BOS has tending issues and an aging core; they also lost David Krejci, which will hurt them.

The OTT youth movement will begin paying dividends; with the Eichel drama out of the way, BUF improves. DET rebuild continues with some improvement, and MON lost too much from last year’s Cup entrant to do much of anything.

Metro notes: CAR had some major changes but will continue to be very good. NYI Captain Anders Lee returns from injury; I’m not sure they have enough to get over the hump. PIT begins the year with injury issues to their best players; the Cup window is closed. OVI continues all-time Gretzky goal pursuit for WAS, Backlund starts the year on IR, and the whole OVI thing will distract the team as it goes on. NYR is still up and coming. They will be better and should make the playoffs.

NJD will improve based on the signing of D-man Hamilton and the maturation of other players. Playoffs? Maybe. The CBJ just had a tough offseason and has a new coach to adjust to. If the players think they are getting a break with no more Torts, they should think again. PHI? Goaltending issues will continue to dog this team.

Pacific notes: EDM offense should own this division. But tending will prevent playoff success. VGK will be tough, but not quite as tough as prior seasons. VAN improves, tender Demko continues to get better.

LAK has accumulated some excellent younger players, and they will begin to push the aging core aside. CAL is still a mystery. I’m questioning their roster mix at this point. SEA will not have the same first-year success the VGK had. ANA is in full rebuild mode. SJS. Tough group to analyze at this time. How does GM Doug Wilson still have a job?

Central notes: COL is still the team to beat and may have improved their tending for this year and beyond, a balanced team. MIN had some offseason losses but appears to be oblivious to them. Team chemistry and camaraderie may be the best in the league, and that counts. STL still has some quality players; is G-Binnington one of them? Not in my book.

DAL has some quality on the roster on the front and backends. Holtby comes in as the new tender. Does he still have “it”? Not sure. WIN has Paul Maurice, and he is a solid coach. With so much roster upheaval over the recent past, is this the year it finally hits them?

Oddly, CHI made some big changes in the offseason. No more Duncan Keith, Jon Toews returns from illness, the Flower comes in as the new tender, and all-world D-man Seth Jones comes on board. For the life of me, I don’t think this moves the needle for them. NSH made roster changes too. But losing defensive rocks Ellis and Arvidsson, will not advance their cause.

ARI is this year’s sleeper. But the reason for their slumber has nothing to do with this year. They will be dead last in the league, with a shot at the number one overall pick in the entry draft, and if they obtain that, they will be on their way to a new future.