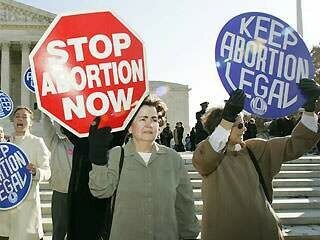 Sex Bio-ethnics Professor Katie Watson says a woman who regularly has sex once a week or more during her reproductive years will have to dodge at least 29 pregnancies if she has two kids and no abortions. So she will have to be very careful about 1,040 times she has sex.
In an average lifespan of 80 years, a woman between the ages of 13 and 51 will have about 500 periods.

If she uses an intrauterine device, she will spend a minimum of $2,600 plus $500 for removal. If she uses contraceptive implants, she might spend $9,750.

If she screws up with this protection and needs an abortion, it will cost about $500 plus housing and travel costs – and loss of wages.

Add some of it up. The average total cost for 500 periods runs $18,171 in the Divided States of America. All of these costs might just cramp the sexual style of some women.

While girls and women are sweating out periods, economic costs and responsibilities of pregnancies or preventing them, what are men doing?

Most likely they are scratching their scrotums on ball fields, thinking about sex, and not realizing that they have enough blood left to run their brains and penises – but never at the same time.

What’s the difference between Muslim and Christian Talibans?

Pro-life forces may possess religious beliefs based on “life begins at conception,” but the written record in the last 5,500 years indicates that the subject of abortion is basically used to enhance power over women. We have two major religious groups, Muslims and fundamentalist Christians, who wish to maintain power over the female half of Homo sapiens.

Here are some basics of Muslim sharia law:

1. Women cannot go out of the home without the attendance of a blood relative.
2. Women cannot wear shoes with heels that click or make sounds to attract the attention of men. High heels are strictly forbidden.
3. In public, a woman’s voice should be heard only by her escort.
4. Windows at street level and first floors of homes must be painted over or covered so no one can see women inside the home.
5. Women are prohibited from having pictures taken, filmed or displayed in newspapers. books, stores or homes.
6. The word “women” cannot be used in place names.
7. Women cannot appear on residential balconies.
8. Women cannot appear on television, radio or in public gatherings.
9. Females between the ages of 12 and 45 must agree to marry Islamic fighters.
10. Schools and universities are closed to girls and women. Their only purpose is to serve men.
Aren’t these a match for the Ten Commandments? But there’s more!
11. When in public the female body must be covered from head to toes with hijab and burqa.
12. Instrumental music is banned. Songs known as tarannas can be sung.
13. Female adulterers are stoned to death. One woman who married into another Islamic sect had her nose and ears cut off. A woman caught wearing nail polish had her finger tips cut off. Thieves often have one hand cut off.
14. A woman who was covering up for her daughter who killed her father was executed by rifle shot before 30,000 in a stadium.

Fundamentalist Protestants and conservative Roman Catholics have done their share of religious killing. Abortion doctors have been shot and killed while clinic workers have been killed by bombs. Harassment, ridicule and death threats take place at abortion clinics.

We will never know how many women have killed themselves or have been killed by others performing their abortions because clinics have been closed. Many are women too poor to pay for an abortion, travel and room.

Here’s how the American Taliban men attempt to control women:

1. Since Roe v. Wade in 1973, states have passed 1,336 abortion restrictions with Arkansas topping the list with 20 this year. In 2021, 19 states have passed 106 new limitations on abortion procedures.
2. Women do not have the mental capacity to lead.
3. A woman’s place is in the home.
4. Women are inferior to men.
5. Men are the natural heads of households.
6. Whites are superior – and the Christian Identity churches have taught that Blacks were created by God to serve Whites.
7. The American Taliban believes the goal of Christian women is to produce as many children as possible to combat numbers produced by the Muslim Taliban.

By the way, the world’s record for the most children a couple has produced is held by Feorder Vassilyev and his wife Valentina of Russia. Between 1725 and 1765 with 27 births, they had 16 pairs of twins, seven sets of triplets, and four sets of quadruplets. Certified by a monastery, only two did not survive infancy.

8. Teaches that women must remain virgins until marriage.
9. Sex must be reproductive. There’s no joy in Sexville. Sexy Casey has struck out.
10. Places a premium on fertility.
11. Opposes abortion and contraception.
12. Opposes homosexuality, same-sex marriage, and the LBGTQ+ community.
It has come to pass that Homo sapiens over many thousands of years have enjoyed sex and performed abortions. Egyptian women used various herbs, plants, sticks and even cow dung (as a contraceptive!) to abort fetuses. Such acts were recorded 5,500 years ago.

Many of them are Jews and Protestant and Roman Catholic Christians. For some reason we have not heard much about the Clergy Consultation Service on Abortion which has been around for half a century. Clergy in many faiths help women secure safe abortions. Besides helping to arrange abortions, the organization of 3,000 clergy promotes the need for women to have control over their reproductive health as well as their role in social justice.

We have to remember that Catholic women have already given the ignorant old men in the Vatican their answer about Vatican Roulette (the strategic use of calendars for having sex) and “natural law.” They get abortions at the same rate as all American girls and women because contraception is not at 100%.

Presbyterian Minister Rebecca Todd Peters, a Christian professor of religious studies and an ethicist who has had two abortions and is the mother of two, recently outlined her views about abortion in USA Today. She makes so much sense the Vatican won’t believe any of it because it comes from the gender they have ignored for 2,000 years – except for having sex with.

Her statement: “I did not make my abortion decisions despite my Christian identity and faith, but rather because of it. Christian values that support healthy and secure families also require careful, thoughtful and morally rich consideration about the decision to become a parent or not. The fact that the social, physical and moral well-being of the children is primarily the responsibility of parents meant that my husband and I thought carefully and deeply about our decisions to have and not to have children. And I can say, without a doubt, that the two decisions we made to have children were far more morally significant than the decision to end two pregnancies. Guided by Christian principles that promote abundant life, seek justice and recognize the human dignity of women, the decision to end a pregnancy can be a morally good decision.”

We always hear the cries of “life begins at conception” and accusations of “murder!”

Life is a matter of the imperfect. We don’t have perfect fetuses because 15 to 20% are rejected from life by miscarriages.

Although the Bible says God checks out every fetus in the womb, He sometimes misses facts. Sometimes fetuses are formed as conjoined twins, with organs outside the body, with three arms or one, and with no brain.

Life can begin at birth presently, whether it is at 24 or 39 weeks. Some day in the future fetuses may survive to birth at 18 weeks. Death is always present at conception. Present natural law allows about 80% of fetuses to survive to life under a blue sky. That’s life in the 21st century.

Forum columnist Roxanne Salonen writes that “abortion haunts the world” and that the Roman Catholic Church “exists to wholeheartedly welcome unplanned pre-born children into the world.” Here are a few facts:

1. The people she represents violently support fetuses in the womb and violently oppose social safety nets and educational programs that would help children born of the poor survive and prosper under the blue sky. Our planet does not have the resources to support every unplanned unwelcomed pregnancy.

2. Sex plays a major role in everybody’s life because it permeates practically everything we do. Whether we like it or not, sex industries flourish on most continents. Think Bangladesh, Las Vegas, and Moscow.
3. The Vatican refuses to recall the tragic policy of celibacy which has caused the haunting of priests and Catholic countries around the world with sexual abuse by priests and popes. While bankrupting dioceses and costing Catholics billions of dollars that should be used to support unplanned children, uncelibate priests continue to commit sexual abuse.

A recent report indicated French priests had assaulted 330,000 children in the last 70 years. Sex rears its ugly “head” again. The president of the French investigating committee said: “Until the early 2000s the Catholic Church showed a profound and even cruel indifference towards the victims.” Think about the neglect of Pope John Paul II.

4. The Vatican is on life support because Catholic countries around the world are decriminalizing and accepting abortion as a fundamental need. Ireland told the Vatican to bug off years ago, while abortion has been accepted by most European countries. Mexico, Argentina (the home of Pope Francis): Cuba, Uruguay and Guyana have approved abortion. Brazil, the largest Catholic country in the world is on the brink of accepting abortion. Germany, the home of former Pope Benedict, has had its Catholic bishops overwhelmingly endorse same-sex marriage and the LBGTQ+ community as important constituents.

Catholic countries Columbia, Belgium and The Netherlands have even approved methods of euthanasia. Living in the Middle Ages is not popular in the 21st century.

With advertising, music and other forums permeated with sex, teaching abstinence is not enough. Teenagers need to know everything that happens when a penis enters a vagina and starts the great hunt of a million sperm for a single egg. Slipping a condom on a banana and calling it a day won’t cut it

The group Businesses for Birth Control states it position: “Access to birth control – the ability to plan and when to have a child – is key to a thriving and sustainable work force. As this nation grapples to address systemic inequities and revitalize the economy, reproductive health care – including birth control – remains for employee retention, diversity, and inclusion, and the financial stability of all people.”

Abortion is not about religious doctrine or faith. It’s about political power. Get real.