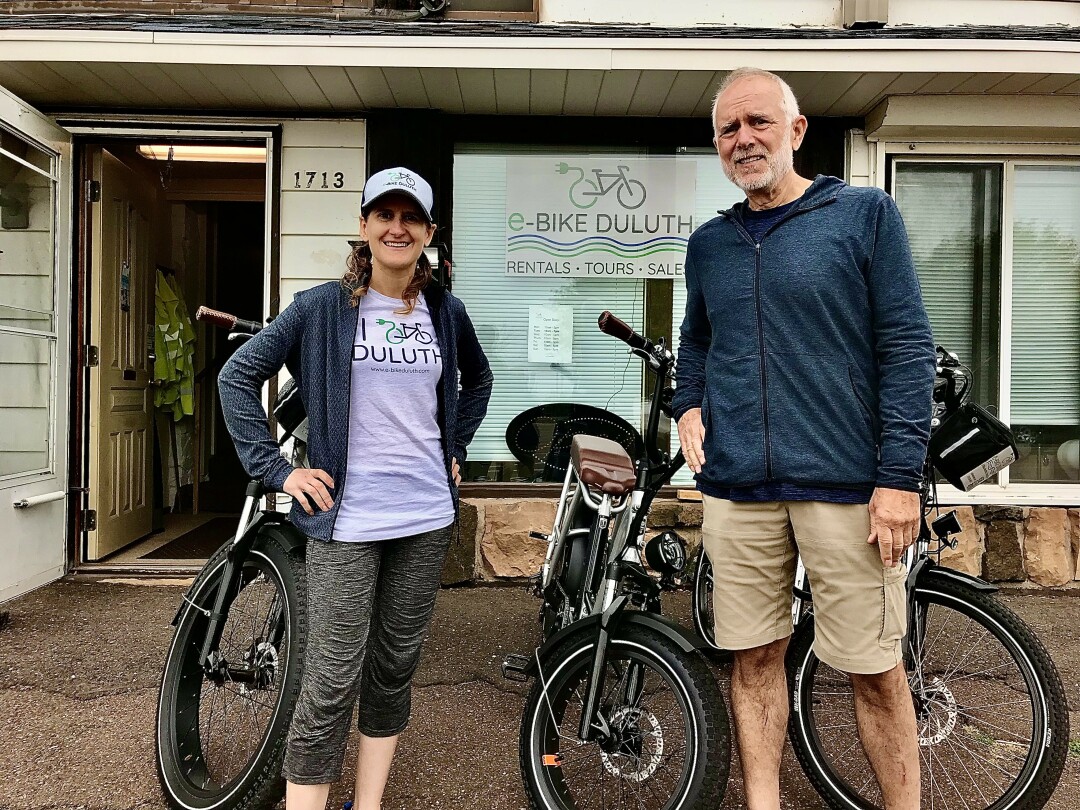 Ever since buying a fat tire e-bike as my main mode of transport earlier this year, I’ve gotten used to people stopping to ask me about it, but recently a fellow came up to me at the bike rack at the local grocery store as I was unlocking my machine, and it turned out he was Tony, an employee of E-Bike Duluth, a business that just opened in June, renting Rad e-bikes and giving tours on them.

Had I not met Tony that day, I might not have known about this new business, which would have been a shame for my daughter, Clare, and son-in-law, Alex. They had planned a visit for the first weekend of October, and it was my job to find fun stuff for us to do.

My mind first went to water, but the rental watercraft situation for that weekend was limited to kayaks and canoes.

Keeping that in mind as an option, I remembered talking to Tony about the new e-bike rental business.

Hah, I thought, I bet they would love to see Duluth they way I see it every day, on an e-bike. So I easily booked two bikes with the help of E-Bike Duluth marketing manager Rachael Sand and plotted a course to ride that took in both the lake and hills.

On the appointed day, I met Clare and Alex at the bike store at 1713 London Road. The business had just opened for the day, but things were already hopping with a couple of guided tours ready to roll.

After getting a helmet and safety vest from Rachael, Clare and Alex were given instructions on how to run the e-bike, and we set off for Leif Erickson Park. I had hoped to show them around this park that played such a role in my youth, but it was crowded, being ground zero that morning for a women’s 10k, so we headed to my favorite spot on Brighton Beach to breathe in some fresh lake air before heading up Seven Bridges Road to Hawks Ridge. It was the first real weekend with color in the leaves, so it was a magnificent ride rich with autumnal smells and views.

We watched some high-flying hawks heading south, marveled at the incredible vista of Duluth and the shore stretching as far as we can see, and enjoyed the spectacle that is Hawks Ridge at this time of year before heading back down the hill a bit to a rocky prominence I had found the week before. We had a picnic there and enjoyed the view until rain started spitting on us. We finished the exciting, twisty ride down Seven Bridges with big smiles, despite the intermittent downpour.

By then we’d eaten up half the day, and we had other things to do. We returned the bikes, and as we moved on to our next assignation, Clare and Alex talked about how much they enjoyed the ride.

Clare mentioned seeing a rider on a conventional bicycle struggling to get up the same hill we three easily climbed on the e-bikes, and said, “I can go places on it that I normally would not go on a bike,” she said.

Alex agreed. “But I still feel like I got a workout,” he said.

“Yes,” I said. “It’s not like a magic carpet that you climb on and it just goes. You still have to peddle and maneuver a 70-plus-pound bike.”

(Well, you can get around using the throttle only, but what fun is that? Most people reserve throttle use for starting on hills.)

Like most people after their first e-bike ride, Clare and Alex are converts. I see e-bikes in their futures.
If you want to experience e-biking, give it a shot at E-Bike Duluth, 218-206-3659. They are conveniently located just off the Lakewalk. 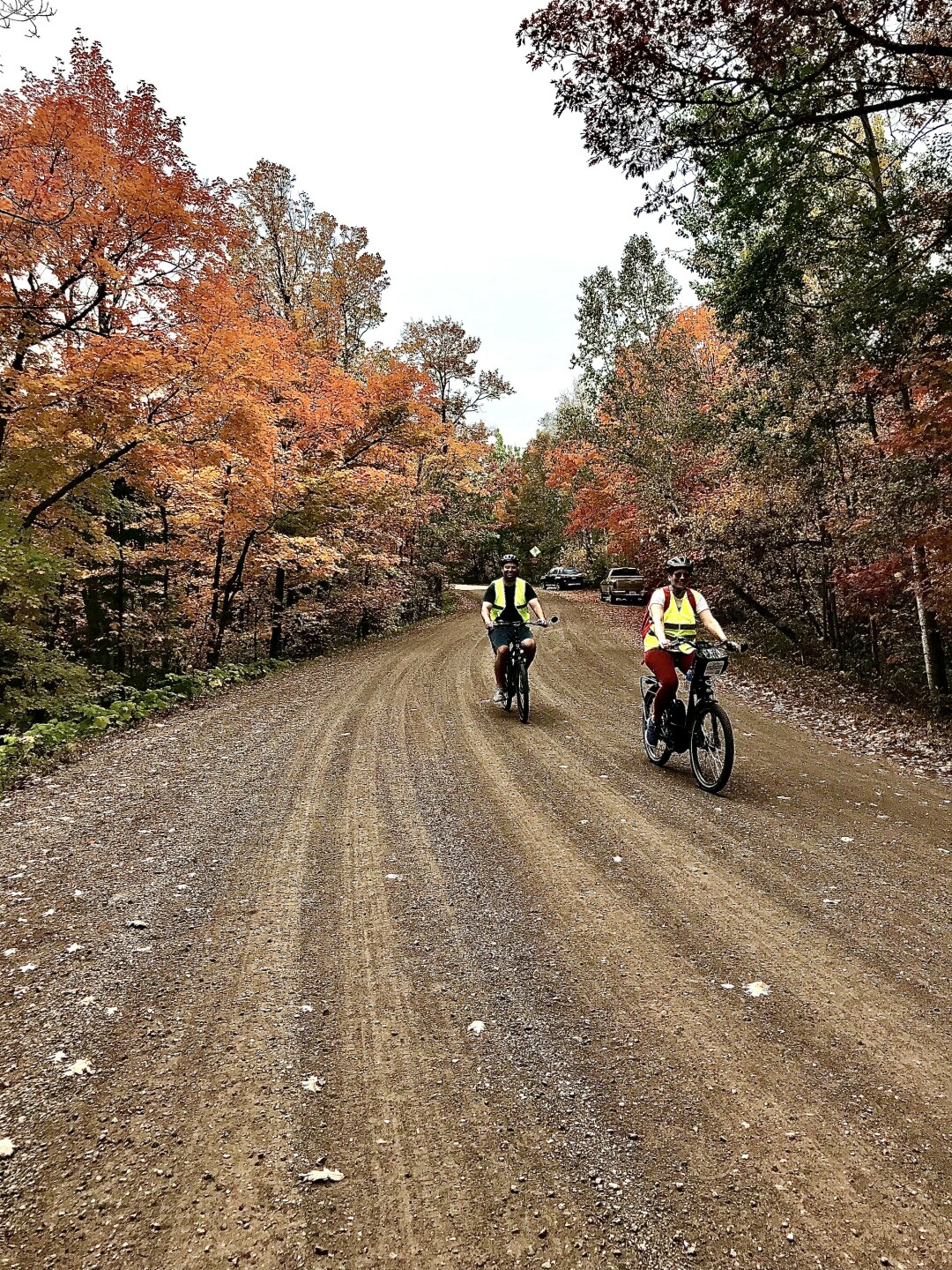 Daughter Clare and son-in-law Alex on their first e-bake ride, coming down from Hawks Ridge.