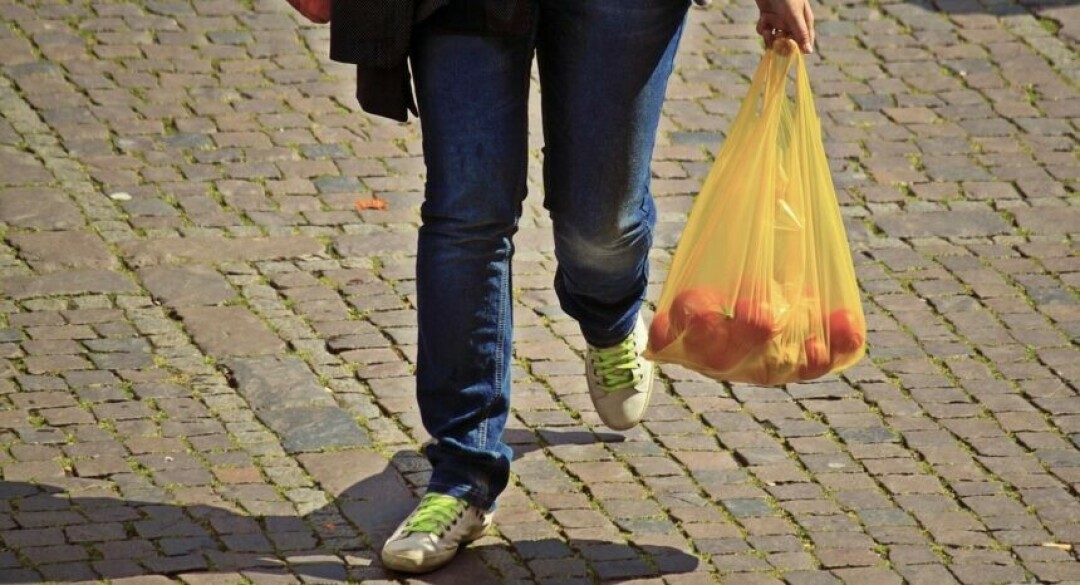 You can thank, or blame, Sten Gustaf Thulin for the single-use plastic bag. The Swedish packaging designer came up with what he called “Bag with handle of weldable plastic material,” which went into production in 1962, as a way to save trees.

His idea was to replace single-use paper bags, which had been around since the 1852 invention of the paper bag-making machine, with single-use plastic bags.

Thulin’s son, Raoul, has told modern interviewers that his father would be abhorred by the idea of people discarding the plastic bags. His intention was for the bags to be reused.

“To my dad, the idea that people would simply throw these away would be bizarre,” Thulin Jr. told a reporter. “He always carried [a plastic bag] in his pocket folded up.”

Would Thulin be surprised by the nightmare his “solution” to paper bags has become – so rampant that Waste Management magazine estimated up to 1 trillion plastic bags are discarded annually around the globe, where they clog waterways, kill wildlife and escape from landfills to float from nearby fences and trees like plastic tumbleweeds?

In 2002, Bangladesh became the first country in the world to ban the use of plastic bags, blaming discarded bags for choking the country’s drainage system during flooding. Yet the number of factories that make plastic bags in Bangladesh has more than tripled since the ban took effect.

Minnesota and 16 other state legislatures have placed bans on municipalitities from banning single-use bags, however they can ask retailers to charge for the bags, which is just what the Duluth City Council has done.

The city’s single-use plastic bag fee goes into effect Friday, Oct. 15. From then on, expect to be charged a nickel for every plastic bag you use to carry your groceries or other purchased goods.

The idea is to change your behavior – i.e., to get you to bring your own reusable carrier bags or use paper bags instead of plastic.

However, you should know that paper bags pose as big an environmental nightmare as the plastic ones.
According to the Environmental Protection Agency, producing paper bags leads to a significantly higher rate of air and water pollution and the manufacturing and recycling of paper bags requires much more energy than producing plastic bags.

Plastic bags are a one of the many creations of the petrochemical industry.

According to the Center for Biological Diversity, Americans use 100 billion plastic bags a year, which requires 12 million barrels of oil to produce.

The center also tells us that it takes 1,000 years for a plastic bag to degrade, and while breaking down chemical leachates from the plastic impair the growth of a marine bacterium that provides one-tenth of the world’s oxygen.

And of course there is a very wealthy and powerful industry and lobbying effort to prevent our elected officials from taking any meaningful action against the industry. That’s why we’re seeing a variety of attempts to change behaviors of consumers rather than change the industry that does the polluting.

The bag fee has worked elsewhere.

• Five years after Ireland instituted a 15 Euro cent levy on plastic bags in 2002,it saw a 90 percent reduction in use.

• One year after its ban San Jose reported “a reduction in bag litter of approximately 89 percent in the storm drain system, 60 percent in the creeks and rivers, and 59 percent in city streets and neighborhoods.”

• UK researchers found that a fee for plastic bags introduced in October 2015 has led to a sharp decline in the number single-use bags taken at checkout, from 25 percent to 7 percent after one year.

What about those reusing plastic disposable bags for garbage bin liner?

Those that use their single-use bag for other purposes are actually “down-cycling.” While this should be applauded, these individuals are a small minority of the population. A bag fee has been shown to be the most effective means to shift the entire community to reusable bags.

Does this prevent anyone from using a single-use disposable bag?

Those on WIC or SNAP will be exempt-ed from the bag fee. In addition Bag it Duluth has helped foster a network of reusable bag collections and free reusable bag donations to local social service organizations and congregations.

Why not just put a fee on plastic bags?

The proposed model ordinance is intended to promote reuse, a better choice for all. In cities and states where a fee has been placed only on plastic bags, consumers simply shift to using single-use paper bags. Yet, both paper and plastic both have environmental impacts. Studies show that the application of a minimum charge on single-use disposable bags increases reuse rates to 90%.

What is the best type of reusable bag?

Each type of bag material has an ecological impact. Depending on the type of material, one might persist in the environment longer, another might have larger climate impacts from production, and the other might not be recyclable at the end of life. This ordinance is a policy first step designed to promote reuse rather that to predetermine which type of ecological impact is better (or worse) than the other.

What about the home delivery of newspapers in plastic bags?

The proposed model ordinance is focused on promoting reuse of carryout bags. It would be a great idea if the Duluth News Tribune were able to adopt a better choice than single-use thin film plastic bags. This model ordinance doesn’t suggest that it will solve all of the waste problems in Duluth.