The Universal horror of the Laemmles 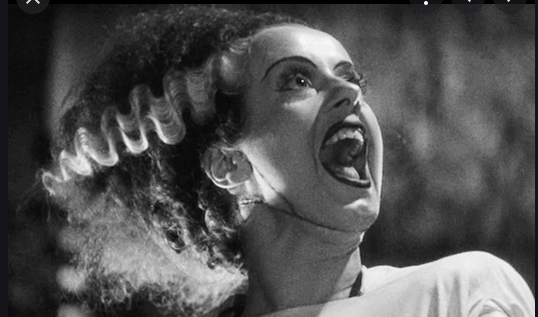 Else Lanchester as the titular character in James Whales’ The Bride of Frankenstein reacts to meeting her intended mate.

In fact, it was son Carl Jr. who cemented the studio’s legacy with a series of classic horror films that are being celebrated this month on the Criterion Channel.

These are the movies that haunted my childhood. Not because I had seen them – because I had not – but because of my intense desire to see them one day. The best you could do back then before VHS, DVD and streaming was to pick up a copy of the magazine Famous Monsters of Filmland, which especially celebrated the horror legacy of Universal – Dracula, Frankenstein, The Invisible Man, The Mummy, The Wolf Man, Creature from the Black Lagoon.

Dracula started it all in 1931, but instead of the Bela Lugosi version, Criterion has chosen to show the Spanish version, starring Carlos Villar (also listed as Villarias) as Conde Dracula. Some critics have said that this version directed by George Melford is superior to the Tod Browning-directed version starring Lugosi.

The first difference is that the Spanish version is 29 minutes longer than the 75-minute English version. The Criterion description adds that it is also “racier” than the English version and “is more than a mere curio – it’s a significant artistic achievement in its own right.”

I had never seen it before it showed up on Criterion, and upon a first viewing, I have to say it certainly looks good. Both versions open with the swan theme from Tchaikovsky’s Swan Lake.

While I am a big fan of Dwight Frye who played the fly-eating Renfield in the Browning version, Pablo Alvarez Rubio is an equally creepy Renfield in the Spanish version.

The Count, however, does not convince. Too much bug-eyed grimacing for me. Eduardo Arozamena’s Van Helsing also has his bug-eyed moments, but he’s an able foe for the vampire. 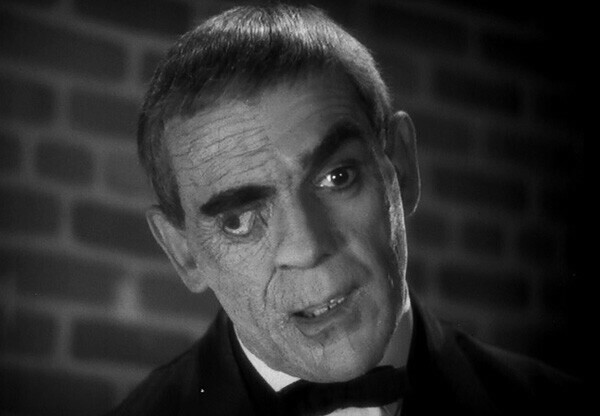 Karloff in "The Raven."

I wouldn’t go so far as to say it’s a better version. It’s different and definitely worth a watch.

Among this eight-film lineup, there was only one other that I had never seen, the 1935 Poe-inspired The Raven, featuring Boris Karloff and Bela Lugosi. It was the third and final Poe-derived Universal film starring Lugosi, after Murders in the Rue Morgue (1932) and The Black Cat (1934 – only The Black Cat is part of the Criterion lineup of Universal horror):

Let’s look at The Black Cat first. It was directed by Edgar Ulmer, who 11 years later would make my favorite B noir film, Detour.

The Black Cat was the first time Universal’s two top horror stars, Karloff and Lugosi, were paired (they would make five more together for Universal):

Lugosi plays a psychiatrist whose wife was stolen 18 years before by Karloff, who plays an Austrian architect who performs Satanic rituals and keeps beautiful dead women on display.

Lugosi’s character has a dread of cats, and early in the film he knives one of the architect’s cats to death. It’s a very strange film, relying more on psychological horrors than monsters.

In The Raven, Lugosi is a Poe-obsessed lunatic who also happens to be a surgeon, and Karloff is a murderer on the run. He asks Lugosi to change his looks. Lugosi manages to make half of Karloff look like a slack-jawed, walleyed monster in order to make him a willing servant with the promise of fixing his face if he follows Lugosi’s direction.

The movie was not well received. The London Times decried that it is simply “’horror’ for ‘horror’s’ sake.” And to the claim that it was inspired by the creative genius of Edgar Allen Poe, The Times called “non-sense.”

The British Board of Film Censors declared that The Raven would be the last horror film that body would pass (it wasn’t). 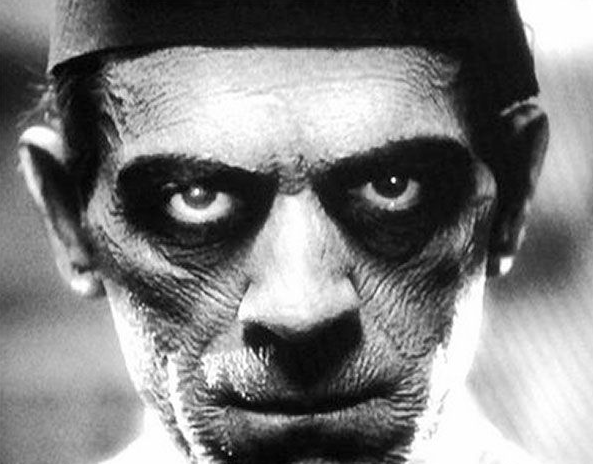 Here are the rest:

The Mummy (1932): Boris Karloff’s portrayal of Im-Ho-Tep is recognized as a landmark performance in the annals of screen history. Accidentally revived after 3,700 years by a team of British archaeologists, the Mummy takes his revenge in this dream-like masterpiece.

The Invisible Man (1933): Poor Claude Rains. He was well known in theater circles, but for his first film role, he’s invisible. We don’t see his face until the final seconds of the movie. Karloff was originally scheduled to play Jack Griffin, the scientist who becomes unhinged after an experiment that makes him invisible. He goes from simply playing pranks on pub patrons to murdering members of search parties looking for him and derailing a train, killing 100 people. This project also went through a number of directors until finally falling to James Whale, who had success the year before with The Old Dark House. Whale, who also directed Frankenstein, did not want to become known solely as a horror director, but...

The Bride of Frankenstein (1935): Don’t know why the original Frankenstein (1931) is not included in this lineup. It would make a natural progression. However, if I had to choose between the two films, I would choose Bride every time.

In the credits of Frankenstein, the original source novel is attributed to Mrs. Percy B. Shelley, but in Bride the credit goes to Mary Wollstonecraft Shelley, due to the prologue featuring Elsa Lanchester as the author telling the story on a stormy night to her husband and Lord Byron. It was a brilliant idea to then use Lanchester as the Bride.

My favorite character, however, is Dr. Septimus Pretorius, played by Ernest Thesiger, who convinces Frankenstein (Colin Clive reprising his role from the first film after being thrown by the monster from the top of a windmill) to create a mate for the monster.

The Wolf Man (1941): I’m not sure if it’s harder to believe in the story of lycanthropy or the ridiculous idea that tiny Claude Rains could be the father of hulking Lon Chaney Jr. Still, I love watching Chaney’s tortured soul trying to deal with becoming a werewolf.

Creature from the Black Lagoon (1954): This movie contains my favorite monster theme music, and the theme for the Creature reminds me of the song of the red-winged blackbird.