In a climate emergency, every pipeline leaks 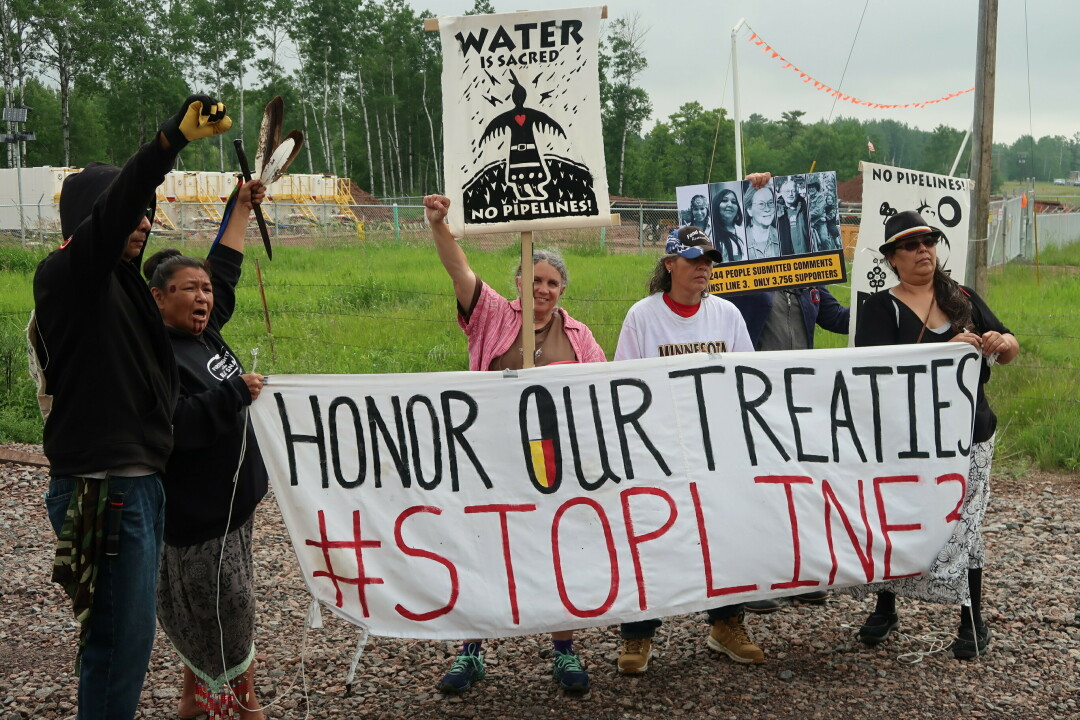 Let me be the first to congratulate the loud and proud minority of adoring superfans of Enbridge’s Line 3 pipeline on the sweet, toxic smell of victory.

As of last Friday, the world’s dirtiest oil now flows directly through the cherished waterways and broken treaty lands of our beloved Minnesota.

Like rooting for a team with a racist mascot in a season where everyone loses, the fiddlers are raising their bows while the planet burns for a tune called by Mother Earth, played by her enemies.

Before I helped organize and performed at the “Water Is Life: Stop Line 3” music festival in Duluth in August, I had no idea there were so many admirers of a project helmed by Calgary’s wealthiest CEO that will directly improve the lives of Minnesotans absolutely nil.

With the potential to raise global temperatures .4 degrees Celsius, Line 3 is a glaring example of spiritual bankruptcy and greed, the alcoholic’s equivalent of just one more drink.

An interview I did with Duluth TV station WDIO generated more than two hundred comments on Facebook, a litany of vitriol and misinformed insults from people who apparently love oil as if they drank it for breakfast.

Modern survival skills tell us never to read the comments, but behold some direct quotes from the bereaved over the audacity of a festival standing up for clean water at a time of record drought, rising global temperatures and sea levels, breakneck extinction rates in vulnerable species, with fires and floods turning entire communities into climate refugees:

“I presume that they all walked there or rode horses; a wagon train? I hope they don’t have any petroleum based products in any of their musical equipment either”

“Musicians are the least informed and most emotional people in our society.”

Of Winona LaDuke, the tireless Indigenous activist who has devoted her life to re-establishing Native sovereignty and climate justice across North America (and a dear friend): “She is not camping in the wild while doing this.she is wasteful of the natural resources she supposedly wants to save. There is no sacrifice in her life”.[sic]

The criticism I don’t spend a shallow breath thinking about, but what is truly sad is the sound of the final nails being driven into the coffin of the collective good; the sound of billionaire executives and shareholders laughing while poor people argue for the right to be robbed blind of their resources and bespoil their own homeland.

From the beginning of America, the ruling class has rewritten the rule book every time the self-interest of the super-rich conflicts with legally-binding treaties with Indigenous people.
It’s difficult to image how a certain population that resents being told what to do, from mask-mandates during a pandemic to the right to bear arms, has no empathy for tribal communities being forced to abide a pipeline through the rivers, lakes, wild rice beds and lands promised them after the theft of their original homes.

The truth is, in a climate emergency, every pipeline leaks.

The U.N. climate report issued this summer is a greatest hits of imminent threats to our very survival on Earth.

What is now clear a year and a half after the start of the Covid pandemic is that Americans no longer have the capacity for shared sacrifice, nor the vocabulary of compassion that understands that our futures and the well-being of our children is inextricably tied to one another.

It’s as if we suffered a head-on collision with the 1% billionaire class, and now we stumble about mumbling with a spiritual speech impediment, blaming each other for having cars.

A Minnesotan from a blood-red county up in the Deep North once said there is a battle coming that will soon shake our windows and rattle our doors; that battle is here and it is climate change.

To Enbridge, and all the corporate roadkill out on the disinformation highway, there is a new road emerging; get out of the way if you can’t lend a hand. 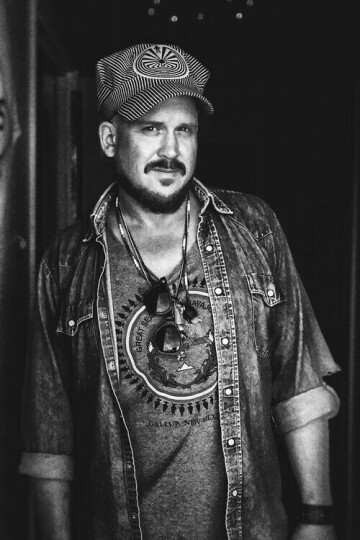 David Huckfelt is a singer-songwriter, activist and international touring folk musician with two solo records & several releases with his acclaimed band The Pines. He is a frequent collaborator with Indigenous artists and leaders including Winona LaDuke, Keith Secola, Annie Humphrey and the late John Trudell.

He was the recipient of he 2017 Isle Royale National Park artist-in-residence award, and was an organizer and performer at the “Water Is Life: Stop Line 3” festival in Duluth. More info & music available at www.davidhuckfeltmusic.com.

On Sept. 30, Treaty People Walk Line 3 brought its prayerful walk to Superior. The Indigenous walkers and their non-native allies are urging President Biden to follow Article VI of the Constitution and take immediate action to direct the Army Corps of Engineers to cancel Enbridge’s permits.

The 160-mile journey along the route of Enbridge Line 3 started on Sept. 12 in Backus, Minn., and ended at Wisconsin Point in Superior, the Line 3 endpoint on the Gitchi-Gami, Lake Superior.

This comes after Treaty People walked more than 250 miles from the Mississippi headwaters to the Minnesota State Capitol in August, and the day before Enbridge will start pumping tar sands oil through the line.

Uniting with the Treaty People Walk Line 3 in Superior were water protectors from Wisconsin and Michigan who are standing together in opposition to Enbridge Linie 5. They have made multiple trips to the front lines of Line 3 in Minnesota to offer continuous support to the Anishinaabe and continuous opposition of Enbridge Lines 3.

Running from Superior through northern Wisconsin and Michigan, Enbridge Line 5 is currently operating without permits in Wisconsin’s Chequamegon National Forest, as well as through the Bad River Indian Reservation. Enbridge easements to operate on the reservation expired in 2013. In July 2019, the Bad River Band of Lake Superior Chippewa filed suit against Enbridge to force the decommissioning and removal of Line 5. Enbridge has refused, and in response, has charted a dangerous new line to run 42 miles through the water-rich Penokee Hills.

Line 5 is also operating illegally under the Straits of Mackinac. In November 2020, Michigan Governor Gretchen Whitmer and the Michigan Department of Natural Resources terminated the 1953 easement that allowed Enbridge to build and operate Line 5 in the Straits. Michigan, Minnesota and Wisconsin water protectors met on May 12 in Mackinaw City for the Enbridge Line 5 eviction.

The journey to stop Enbridge’s violation of treaty rights and destruction of land and waterways of the upper Midwest continues. Together, they will continue their protection of our Great Lakes, upholding their treaty rights, and ensuring the next seven generations have clean water.