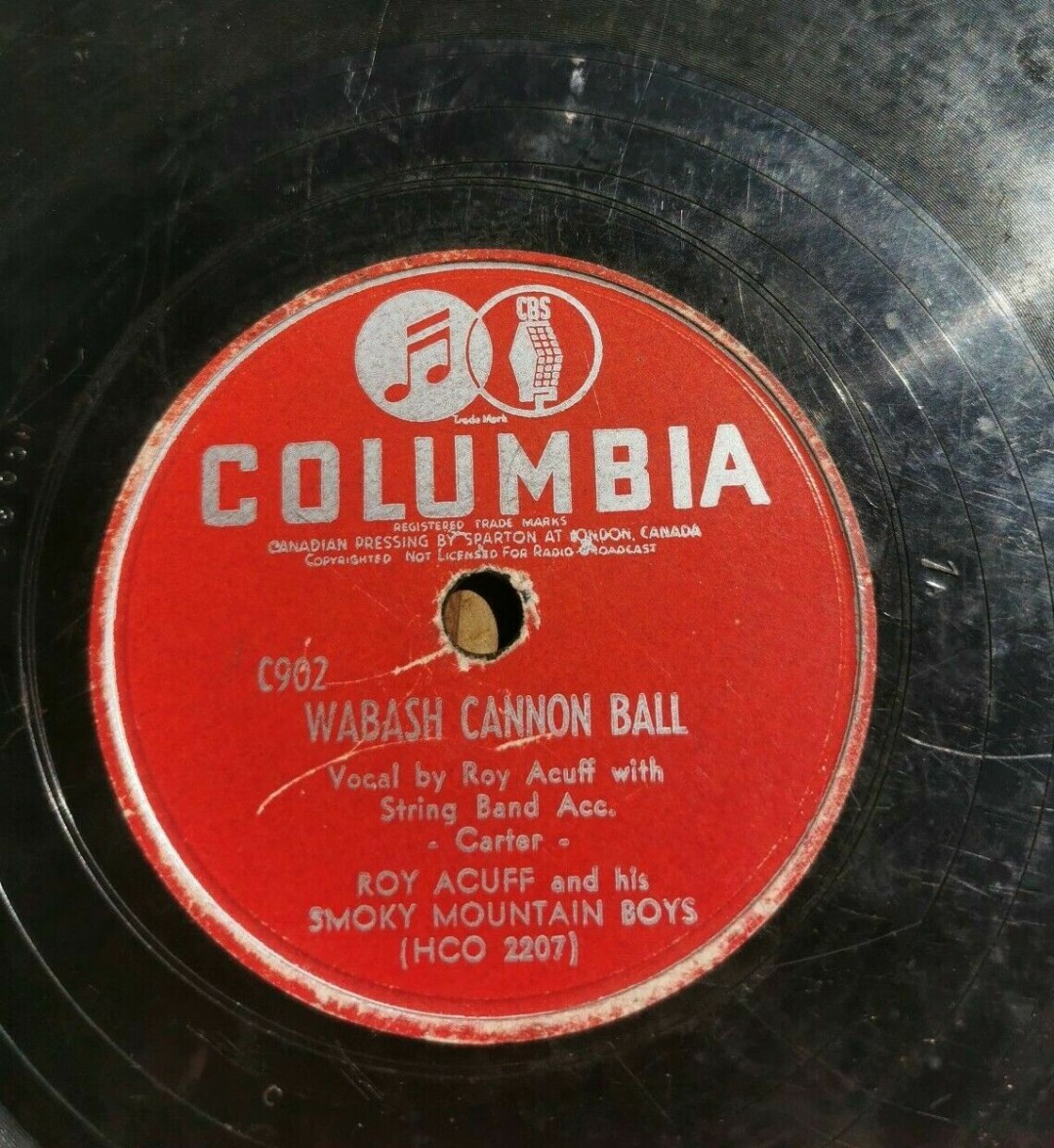 While my uncle Sig was doing his part in North Africa and Sicily, I was back home, playing his records – or, to be truthful, his RECORD. The only record I played was “Wabash Cannonball” by Roy Acuff.

I don’t remember any of the other records. I suspect they may have been big band records. Big bands were more my parent’s music, but they still produced some hits into the ‘50s.

Country music was seldom heard in this area in the ‘40s and ‘50s, at least by me. The little I heard was by the three Hanks: Hank Williams (loved his songs, hated his voice) ,Hank Thompson (Western Swing) and Hank Snow (Canadian singer who loved Jimmy Rogers, and had a few good songs and a few crappy ones.)

I used to be able to imitate Snow’s voice when I was younger.

Of course, on Duluth radio, Famous Lashaway and Eddy Williams had shows, but they were on in the morning, and that was my mother’s turn to control the dial. We were most often listening to Arthur Godfrey, who might play his uke, or bring us Julius LaRosa before he was fired.

At night, I listened to my favorite shows, which were all comedies. I had no taste in those days, I admit. I listened to Bob Hope, Red Skelton, Burns and Allen, and Jack Benny.

The only one of those whose comedy has held up is Jack Benny, who was funny all his life. He was portrayed as a cheapskate. I still get a charge out of this routine:

Thief: “Your money or your life!”

Benny: “I’m thinking about it.” 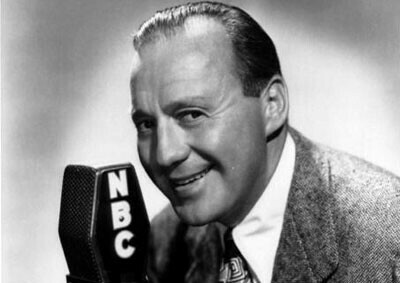 I got as tired of Bob Hope as Johnny Carson did, except I didn’t have to pretend he was still funny. Red Skelton became downright maudlin. I know Ed Wynn had a show, but I could never get it. I loved Edgar Bergen and Charlie McCarthy, and occasionally got Fred Allen and Eddie Cantor.

Abbott and Costello I didn’t think were very funny. Martin and Lewis were funny for a while, until Jerry Lewis got sickening. Never could figure out what the French liked about him. Probably because they didn’t understand the language.

Neither duo ever were as funny as Laurel and Hardy.

Two other shows I heard were Fibber McGee and Molly and Duffy’s Tavern. I used to laugh when they opened McGee’s closet, but I didn’t think that show was humorous when I found a cassette tape of their shows.

I don’t know how Duffy’s Tavern would do. All I remember is the opening line: “Duffy’s Tavern, where the elite meet to eat. Archie the manager speaking – Duffy ain’t here.” The show always had a celebrity guest.

When we ever heard Grand Ole Opry it was mostly static. There was another station that came in clearly, and carried Louisiana Hayride with Lulubelle and Scotty. 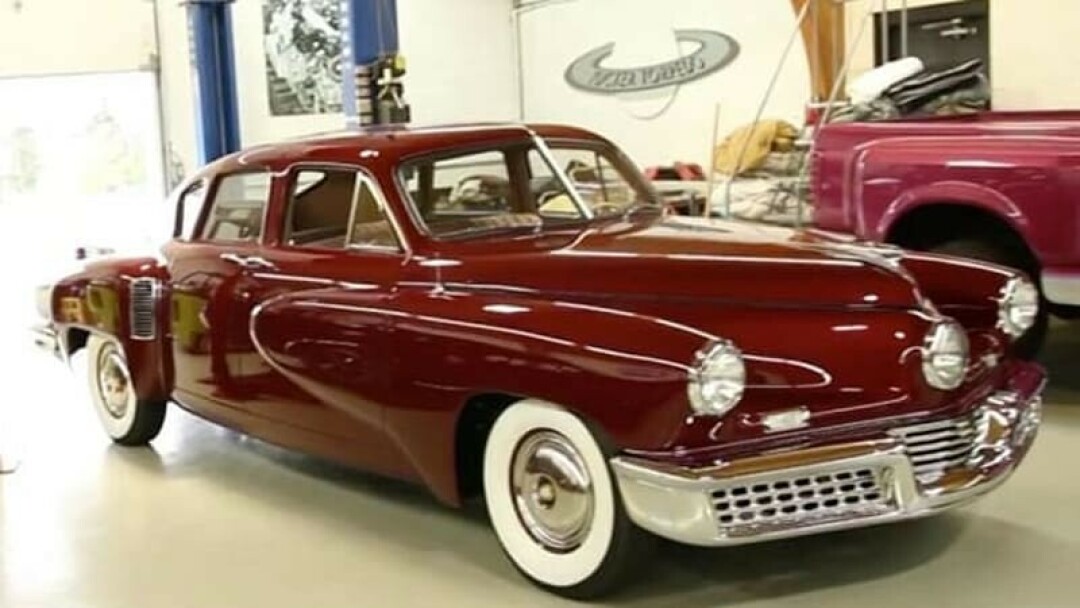 Pop music was the popular genre of music, hands down. I could look back at the records I bought in that era. Rosemary Clooney (George’s aunt), Eddie Fisher, Doris Day and Perry Como were famous pop singers. Eddie Fisher had a good voice, but had terrible timing, which made him difficult to accompany. He went on to marry Debbie Reynolds, with whom he had Carrie, the famous Star Wars princess. Then Liz Tayor stole him away from Debbie for one of her shorter marriages. He didn’t have good timing, so it’s no surprise that he wasn’t good at two-timing either.

Pop singers I remember were Patti Page and Frankie Laine. Both had a little country western influence in their music. Patti Page did the ultimate version of “Tennessee Waltz,” and it still is the most popular version. She later went more solidly country. Laine did “Ghost Riders in the Sky,” plus some more country western songs, and ended up doing some rock and roll too.

In the late 1940s, WKLK radio started up as Cloquet’s first (and only) radio station. They began with a late afternoon show called Harmony Ranch, which was supposed to be for country music. People would call in and ask for polka music, so obviously a lot of people didn’t know the difference in the two categories.

I was still not really listening to any new country music. On a jukebox in Wisconsin, a heard a song I liked in 1954. I had to write down the name of the artist, whom I had not heard of before.

It was Elvis Presley, and the song was “Mystery Train.”  The guy at the music store had never heard of him, either. “Elvis who?” he asked.

He released it on the RCA label too, but I got the Sun version. I could have gotten it on a 45 rpm, but I didn’t think the 45s looked like records, so I got it on a 78rpm. Breakable, but at least it looked like a record to me. It’s still in one piece, although I did transfer it to a CD, so I don’t have to worry about breakage. 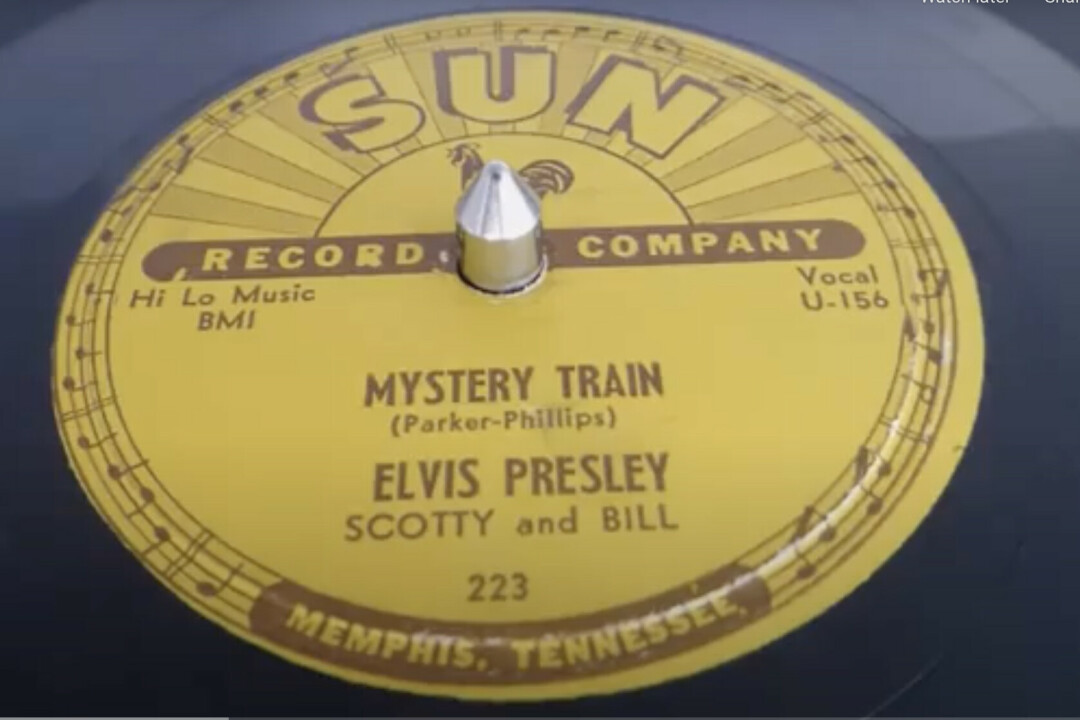 I never became a big Presley fan. I liked some of his songs, and didn’t like some others. I did go to his last Duluth show. He had to be prompted for the words to some of his songs. There were still middle-aged women sighing every time he curled his lip. In the ‘50s, there was some argument about who would be the biggest star: Elvis or Gene Vincent (“Be-Bop-A-Lula”)

Then Johnny Cash began pumping out songs. Luther Perkins played simple but catchy lead lines behind him. I began collecting Johnny Cash songs, never dreaming that one day I would meet him. I was running around with some musicians then, and one showed me a few chords on a guitar, and I was off and running.

When I still attended church once in a while, there were a couple of women who thought they were singers, and so would get themselves penciled in to perform solos. Even devout families might be tempted to miss church on those occasions.

I am sure every church had women like that. Imagine the voice of that woman emanating from the second story of a car dealership:

“Just a song at twilight,
When the lights are low,
And the flickering shadows
Softly come and go.”

And this was my favorite locally produced TV ad of the ‘50s. With Mr Tiege proudly announcing that this was the voice of Mrs. Tiege serenading you while accompanying herself on the piano. And then with a voice most closely resembling that of a bullfrog, he would extoll the virtues of his newest Buick automobiles.

Another thing about the ‘50s: every brand of car had its own dealership. A Lincoln dealer might handle Mercurys too, but never a Ford. General Motors had dealerships for Chevrolet, Oldsmobile, Buick and Cadillac, all separate. Studebakers were fairly popular, but who remembers Kaisers, Frazers or Packards? And what did AMC make before the Pacer?

Spec Hebert brought one Tucker to his showroom, but I don’t think any were sold locally.
Sig Munson (whose father had the Chrysler dealership in Duluth) used to drive his custom sports car with the big Chrysler engine in it around Cloquet. I met Sig at the Carlton House about 20 years later. He still had the sports car in his garage.