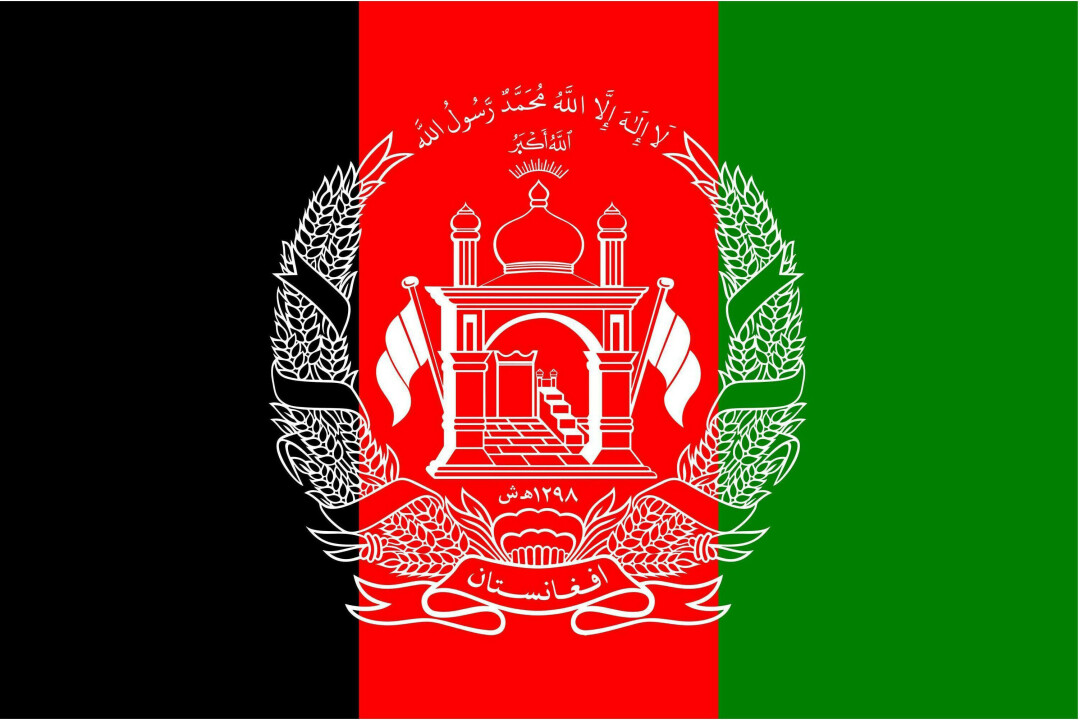 The national flag of Afghanistan adopted in 2013.

The Afghan people are facing a humanitarian disaster. Currently 14 million Afghans – one in three – lack sufficient food. There are 2 million Afghan children who are malnourished. A drought in 2020 destroyed 40 percent of the nation’s crops. Food prices are increasing. There are 3.5 million people in Afghanistan who have been displaced from their homes.

Forty years of war has wrecked the limited public infrastructure. The country has a severe shortage of medicine and the already inadequate healthcare system is expected to collapse. The economy is highly dependent on foreign aid (especially U.S. military spending) which is ending with the Taliban takeover. Plus Afghans, like the rest of the world, are suffering from climate change and the COVID pandemic.

In addition the war in Afghanistan is not over. Just because American troops are gone doesn’t mean the fighting will stop. The tribal, ethnic and political conflicts that spawned decades of civil war are still present.

There will likely be power struggles between various local factions, war lords and the Taliban. Even the Taliban are not unified and have internal ethnic and ideological divisions. It is unlikely there will be a period of peace or stability allowing the Afghans to rebuild or deal with their many problems.

In addition to the internal strife, our government has not accepted defeat by the Taliban. There is no indication that we will stop meddling in the internal affairs of Afghanistan.

The CIA will most likely try to destabilize the Taliban by backing local militias or warlords. The Biden administration has already indicated drone attacks will continue to be an option. The existing economic sanctions against Taliban leaders will continue.
Despite U.S. statements that sanc-tions will not apply to humanitarian aid, they will limit any economic recovery.

The recent concern by many Amer-icans for the plight of the Afghan people, especially women and girls, is remarkably hypocritical. Media pundits from both the left and right are lamenting the refugee situation, the rapid collapse of civil society, the shattered economy, and the repressive, patriarchal, theocracy ruling the country.

But U.S foreign policy has seldom considered the impact on people by our military or economic sanction interventions. Nor has the corporate media, or the general public, ever significantly challenged these interventions.

Our mistakes and harmful actions go back to President Jimmy Carter’s administration. Our arming and funding the mujahideen against the Soviets is a classic example of ignoring the humanitarian consequences of our militaristic policies. Not only did we fuel the ongoing Afghan civil war but we armed and trained the radical religious fundamentalists who later became the Taliban and al Qaeda.

There are always alternatives to any decision. Carter or Reagan could have engaged diplomatically with the communist Afghan government.

“Constructive engagement” has often been used when an excuse is needed to continue relationships with dictators or other repressive governments.

We could have minded-our-own-business or ignored the communists in Afghanistan. The communists were secular and supportive of education and civil rights for women. They attempted to modernize the country. Their rule would certainly have been more positive and less destructive than 40 years of war.

Had Carter not intervened, and Reagan not continued the mistake, the situation today in Afghanistan could have been very different. But for our government the ideological power struggles of the Cold War were more important than lives of the Afghan people.

So the current bad situation should not be blamed on the recent withdrawal of American and NATO combat troops.

The question for today is what should we be doing to mitigate the bad situation we helped create? Can we set aside our national pride to engaging diplomatically with the Taliban to mitigate the humanitarian disaster? Will we accept that we lost the war, we don’t control everyone in the world, and take responsibility for our past destructive behavior?

To begin with we should adopt the advice of the Hippocratic Oath – “first do no harm.”

Specifically the U.S. must stop making war on Afghanistan. We must stop conducting drone strikes, bombings, CIA covert destabilization actions, and providing weapons to any rebel fighters. We must not impose economic sanctions that harm the Afghan people.

We should work with the U.N. and other nations to welcome and provide permanent legal status for all refugees. This must include welcoming many refugees into our country.

We should organize and fund international assistance for anyone wanting to leave Afghanistan. Hopefully this could be done with cooperation from the Taliban. But if not, the Afghan people must know that they will be welcomed if they can flee the country.

We should support and fund humanitarian aid to the remaining Afghan people. This must be done thorough the United Nations or other nations to ensure acceptance by the Taliban.

We should engage diplomatically with the Taliban and support other nations doing the same. This does not have to include formal recognition or acceptance or their theocratic government or policies. But it must be non-threatening and intended to create peace and a minimal stability to allow humanitarian assistance.

In other words we should adopt a new approach to how we behave in the world. We should stop trying to control and police the world for our selfish “national interests.” We should learn from our past mistakes and adopt a new peaceful foreign policy.

We can show our good intentions by getting our troops out of Iraq, Syria, Somalia, and other nations. We can stop fueling conflicts in Yemen, Syria, and Iraq. We should end sanctions on Iran, Cuba, Venezuela, and North Korea. We should stop being the number one weapons supplier in the world.

To begin this process we should investigate and punish those responsible for all the lies, bad decisions, fraud, profiteering, and mismanagement of the longest war in American history.

But we also must do what is right by the Afghan people – not because we “owe them” or because they “fought for America.” We should help them because it the right thing to do.