So glad to have 'Skylights' on vinyl 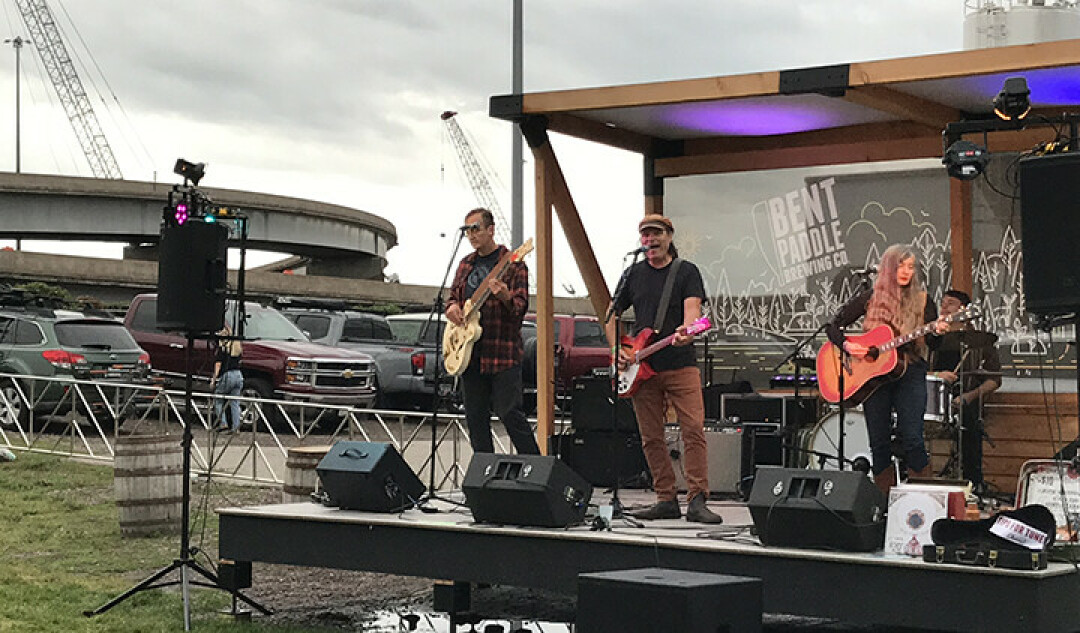 Rich Mattson and the North Stars performing recently on the outdoor stage at Bent Paddle Brewing. Photo by Jim Lundstrom.

Every time KUMD played a cut from Skylights – the new recording from Rich Mattson and the Northstars – I would stop and listen and wonder where I could pick up a vinyl copy.

Little did I know at the time I was wondering this that despite Skylights being the fifth full-length release from the band, it is the first one available on vinyl.

Back in mid-July Mattson and his life and musical partner Germaine Gemberling appeared on KUMD’s Live from Studio A with Music Director Christine Dean, where Rich mentioned that he had 27 copies of the vinyl left. I immediately emailed him via the band website and asked where I could get a copy. Rich quickly responded that I could do it online through Paypal.

Anywhere locally I could buy a copy, I asked. He said he didn’t know of anyone selling vinyl locally since Electric Fetus pulled the plug. I suggested Globe News in Superior.

A couple weeks later I found myself unexpectedly in Superior, so I stopped by Globe to see if I could get a copy of Skylights. Sure enough, there were several in the New Releases box. I went up to the front of the store to pay for it. Owner Tom Unterberger saw what I was buying and said, “Oh, did Rich send you here?”

“No,” I said, “I sent Rich here so I could buy it locally instead of through Paypal.”

Two cuts I recall hearing on the radio – “Death Valley” and “Against the Wall” – just happen to open the album as songs 1 and 2 on side one.

“Death Valley” begins with a Phil Spectorish Wall of Sound. Mattson’s lyrics remind me of a Raymond Chandler story with a Santa Ana wind blowing through it all. I love the opening lines:

“O yea there’s plenty of life in Death Valley, you can go and see it for yourself

There’s burros and sheep and there’s lizards and creeps that don’t belong anywhere else.”

That could be the start of a classic film noir.

In addition to Rich and Germaine, the band includes Keely Lane on drums and Kyle Westrick on bass.

Despite the title, “Against the Wall” has a jaunty, laid-back feel, with a rubbery guitar and bounce that makes me happy. In fact, there is a lot of great guitar throughout this record. “Why don’t you throw it up against the wall?” I think the first time I heard this, without knowing who it was, I thought it might be the North Mississippi All Stars, from their latest recording (which shall make an appearance here soon):

“Short Lived” is a bouncy song about life being short but going on.

“Kiss the Sky” is one of two songs contributed by vocalist/acoustic guitarist Germaine Gemberling. Between Mattson’s crisp, ringing guitar and her pure, rich voice, we are brought to a dreamy place of contemplation. Trampled By Turtles fiddler Ryan Young contributes to the sonic atmosphere.

“In Flight” opens with a hooky guitar and features great harmonies and duet singing. Rich and Germaine’s voices blend beautifully throughout this record, but are especially aligned here.

Side 1 ends with “Iowa,” an ironic song about being Rich Mattson, maybe. It’s got the great name-dropping line:

“Never gonna play in Idaho
But I wouldn’t put it past me
You never do know
Doug Martsch called me once on the telephone
And he said ‘I like your sound.’”

Doug Martsch is of the Boise, Idaho-based band Built to Spill.

Lots of ferocious guitar on “Another Stupid Song,” which kicks off side 2 with a good dose of cynicism.

“Processing” has a nice jangly feel, followed by “Just Telling Stories” with a rocking groove that owes much to Lane’s solid drumming.

“How Can It Be” is Germaine’s second contribution, and seems to be her concise comment on recent events, with incendiary commentary in a blistering solo by Mattson.

“Morbid Fanatic” opens with a psychedelic guitar blazing away to a New Wavey beat. I was reminded of Graham Parker’s band The Rumour when they performed without Parker, such as on the 1979 release Frogs Sprouts Clogs and Krauts.

The record ends with Keith Secola’s beautiful “King By Now,” with Secola contributing backing vocals and Native flute. It may seem odd to end such a personal album with a cover, but it works. It feels like signing off with a melancholy dream.

So glad to add this sweet slab of vinyl to my collection. 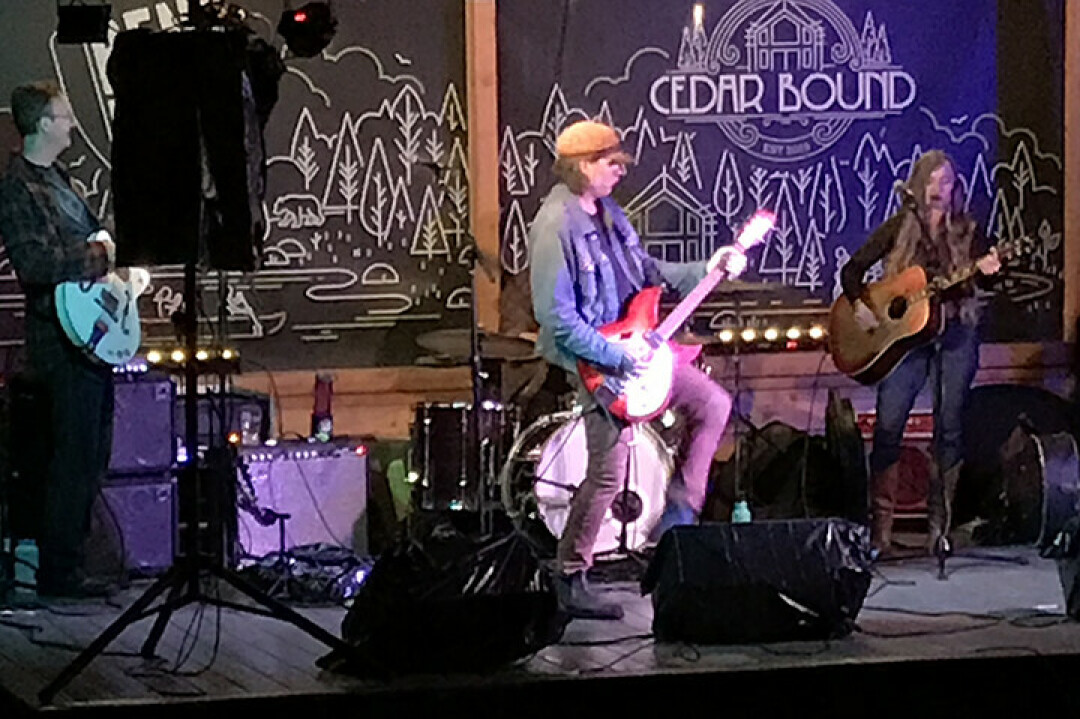