The rise and fall of the Chinese Lantern 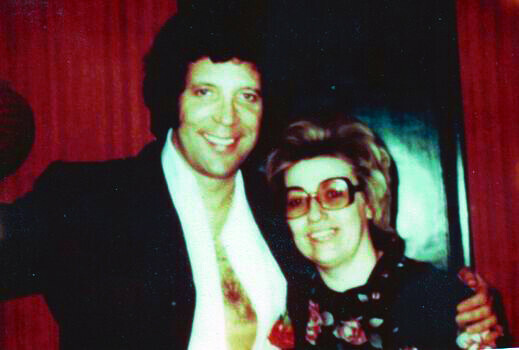 Tom Jones was the most accommodating of celebrities to visit the Chinese Lantern, taking time to pose with waitresses, including my wife.

Joe Huey had a diner in what is now the Canal Park District. It was not the best location at the time, but it was a popular place for people to go after the bars closed, to get a hamburger or an early breakfast. What’s more, it was open 24 hours a day.

Joe’s son Wing had the same entrepreneurial spirit as his father. His idea was to open a Chinese restaurant that offered a fine dining experience. The perfect building for this enterprise was on main street, owned by one Jeno Paulucci.

Its location would require a fairly substantial rent. I don’t know the exact terms of the subsequent rental agreement, but I think it is fair to assume it included, at least in part, a percentage of the take from the restaurant. At first, this would be minimal, but as the restaurant grew in popularity, it would become much larger.

The restaurant was a huge success. Wing brought in his own Chinese cooks from China, and found them places to stay. The menu was largely Chinese, but there also was a large American selection.

The American cooks worked on one side of the kitchen, and the Chinese on the other.

It seems unbelievable now, when a 5 oz. lobster tail is hard to find, but in those days, the lobster tails served in the Chinese Lantern were a minimum of 1 lb. If Wing saw one coming out that was less than that, he would send it back to be cut up for the Chinese dishes.

The other American specialty was prime rib. Hockey teams that came to play UMD would stop there for a meal before their games, and the coaches would complain that they would always order the prime rib, and be unable to skate because they were so full.

The prime rib I observed there looked like something I would serve my family for Sunday dinner. It was at least 2 pounds of meat.

At the back of the restaurant was the Pagoda, which concealed a private table. The Paulucci’s would always reserve that table when they ate there.

The Chinese Lantern became THE place to go in Duluth. Celebrities who played the DECC always ate there, and their pictures lined the walls.

Tourists would make it their first stop, and there was always a waiting line.

At the height of its popularity, my wife got a job as a waitress there, which gave me a glimpse of the inner workings, the good as well as the bad.

Loretta Lynn and Conway Twitty ate there, although Conway loudly let it be known that he was not about to buy anyone else’s meal. Loretta was sweet to everyone.

Bob Hope was an arrogant and rude customer. He left with some young ladies who undoubtedly would be entertained in his suite at the Radisson. 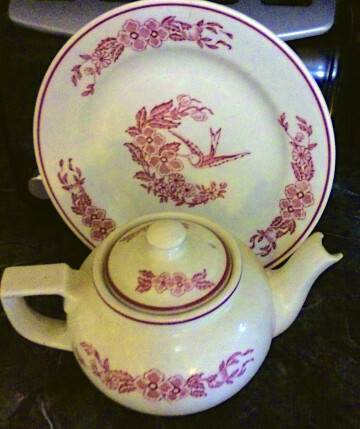 The most accessible celebrity was Tom Jones. He stopped and patiently took pictures with several of the waitresses individually, my wife included.

Wing, who grew up in Duluth, of course spoke excellent English, but if there was a complaint, he suddenly lost all that, and could speak only Chinese. Complaints were always referred to one of his English-speaking staff.

I only heard of one customer finding a bar of soap in his Chinese food. The Chinese cooks cut up and washed the vegetables in large tubs. They also washed their hair in those tubs, and at least once forgot to take out the bar of soap when they were done.

The main source of complaints were the cockroaches. Some people found them humorous. One customer called my wife over and said ”I see you grow your own lobsters here,” and pointed to an especially large cockroach climbing the wall.

Others, finding a cockroach in their food, were not so amused. They got a free meal, of course, if they had the appetite for it.

For some reason, the largest family of cockroaches was in the closet where the dish covers were stored. Waitresses in a hurry might forget to check the inside of the dish cover when they went in there to pick one up, only to get an irate customer with a large roach sitting on their food.

All the waitresses would shake out their clothes before leaving at night, to make sure they didn’t bring any roaches home.

Despite the roach problem, the Chinese Lantern continued to prosper. People lined up to get in, as always. But now, Wing began to resent the percentage that was going to Jeno.

When the Duluth Athletic Club building went up for sale, Wing bought it, and turned it into Chinese Lantern II. Here was his chance to keep all the profits. The problem was, Chinese Lantern II was not a roaring success. The tourists would gladly wait in line at Chinese Lantern I, but were not interested in going up the street to a restaurant without that atmosphere, and the chance that they might glimpse a celebrity. 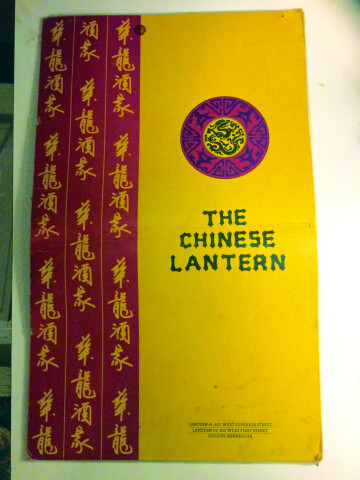 And here was where Wing made his fatal mistake: he hired a person to stand by the door of Chinese Lantern I to stop people from coming in, telling them the restaurant was full, and they would need to go to Chinese Lantern II.

Jeno did not begrudge Wing for trying to make more money with his second restaurant, but now, chasing people away from the door of Chinese Lantern I was a direct assault on Jeno’s pocketbook. Anyone who had ever had business dealings with Jeno would know this was a HUGE mistake. It did not take long before Jeno took notice.

Wing had long used a large room for storage. It was not part of the deal, so Jeno’s first act was to tell Wing he could no longer use that room. Wing had to find room elsewhere for storage. He began to realize that he had made a mistake, but it was too late.

As Jeno clamped down the screws, Wing started to lose sleep at night. He was beginning to look pretty haggard, and my wife and her girlfriends began to look for employment elsewhere.

In 1994, a fire broke out that destroyed that restaurant. Wing didn’t try to rebuild – he retired and moved to the Twin Cities. The Chinese Lantern was no more.