A green caramel apple in a can 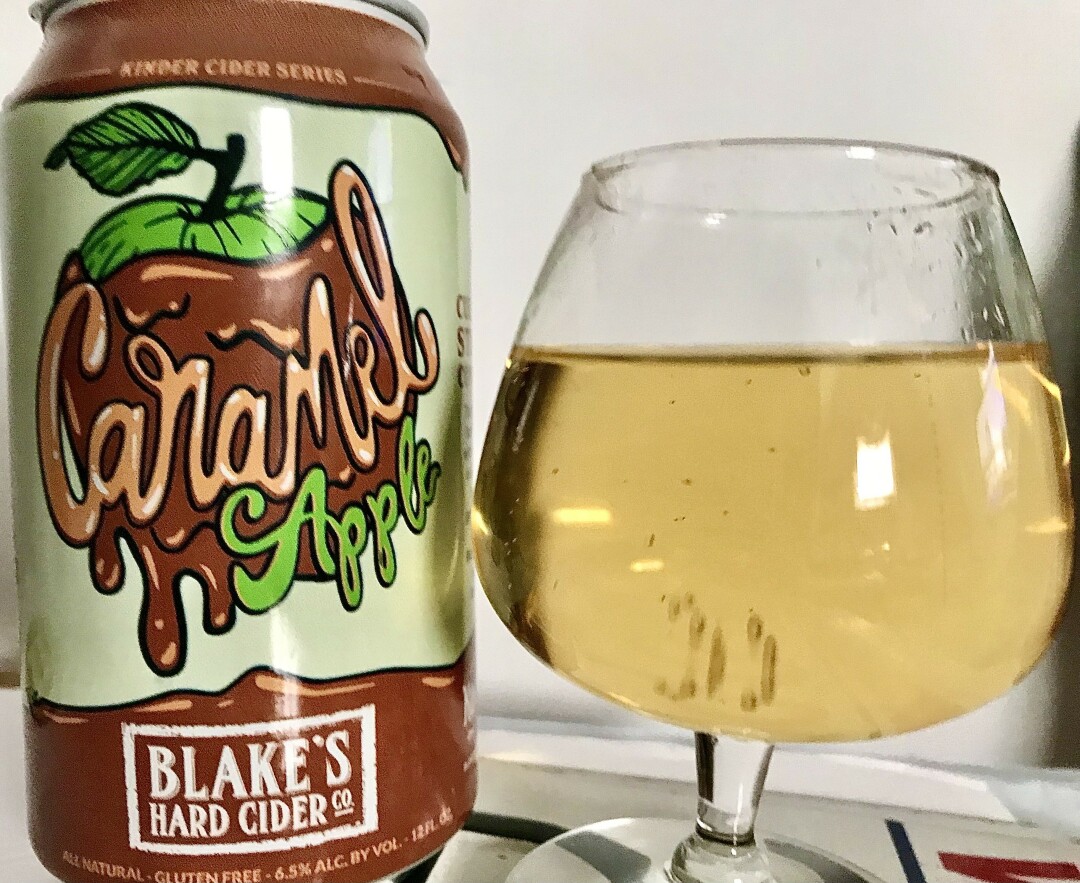 As soon as you crack the seal on a can of Blake’s Caramel Apple Cider, the sweet aroma of caramel wafts up to greet you. It feels like a big, warm hug.

So it’s surprising when you take the first sip and feel your palate recoil slightly from the sharp, tangy green apple flavor that dominates this tasty seasonal cider.

The caramel is very secondary to the bright apple taste, but in the aroma department, the caramel wins, which helps put over the caramel apple conceit of this cider. The lovely caramel aroma envelops you with each sip.

The finish is much like I remember a real caramel apple (I must admit it has been a while since I’ve had the real thing, but this has got me thinking I should seek one out soon): It finishes with a slight tartness on the back of the palate and a long-lingering caramel flavor. Love the way that caramel lingers. Then another sip to begin the long process all over again.

This is an easy-drinking cider that provides the proverbial party in the mouth, with the added benefit of the brilliant caramel aroma.

Better yet, this is one of Blake’s Kinder Cider Series.

The Blake family has been growing apples for decades on the family farm in Armada, Mich. Andrew Blake started the hard cider brand in 2013. In 2017 they created the Kinder Cider Series – “an idea to produce impactful ciders that support meaningful causes and their issues,” according to Blake’s website.

In addition to the Caramel Apple, other ciders in this exciting series include Rainbow Seeker, a pineapple and sage cider to benefit the LGBT National Hotline and Saint Cheri, a bourbon barrel-aged cherry cider to help a Detroit nonprofit putting homeless people to work. Both os those sound amazing, and I will be looking for them.

They have also retired a hopped raspberry and grapefruit cider they called Fido that went to aid Pets for Patriots, a nonprofit that pair veterans with shelter animals.

Since launching the Kinder Cider initiative, Blake’s Hard Cider has donated $150,000 in monetary and in-kind donations to regional and national nonprofit organizations.

Caramel Apple made its debut last year, and quickly became the best-selling new cider for Blake’s, which is the largest cidery in the Midwest.

Through the sales of Caramel Apple, Blake’s is donating 50 mature fruit trees to Keep Growing Detroit, a nonprofit organization dedicated to promoting a food sovereign city where the majority of fruits and vegetables consumed by Detroiters are grown by residents within the city’s limits. The company plans to deliver the trees, valued at $20,000, in late October and host a volunteer planting day with staff.

“Tree fruit like apples, peaches, and cherries are not only delicious and nutritious, but they also have environmental benefits by helping with urban cooling, managing stormwater, and providing food for beneficial insects like bees,” said Ashley Atkinson, co-director, Keep Growing Detroit, in a press release announcing the partnership. “We are super excited to partner with Blake’s to bring all of these benefits to Detroit next spring by planting fruit trees in urban gardens and farms across the city.”

So give yourself a warm, sticky glow with this liquid caramel apple treat.