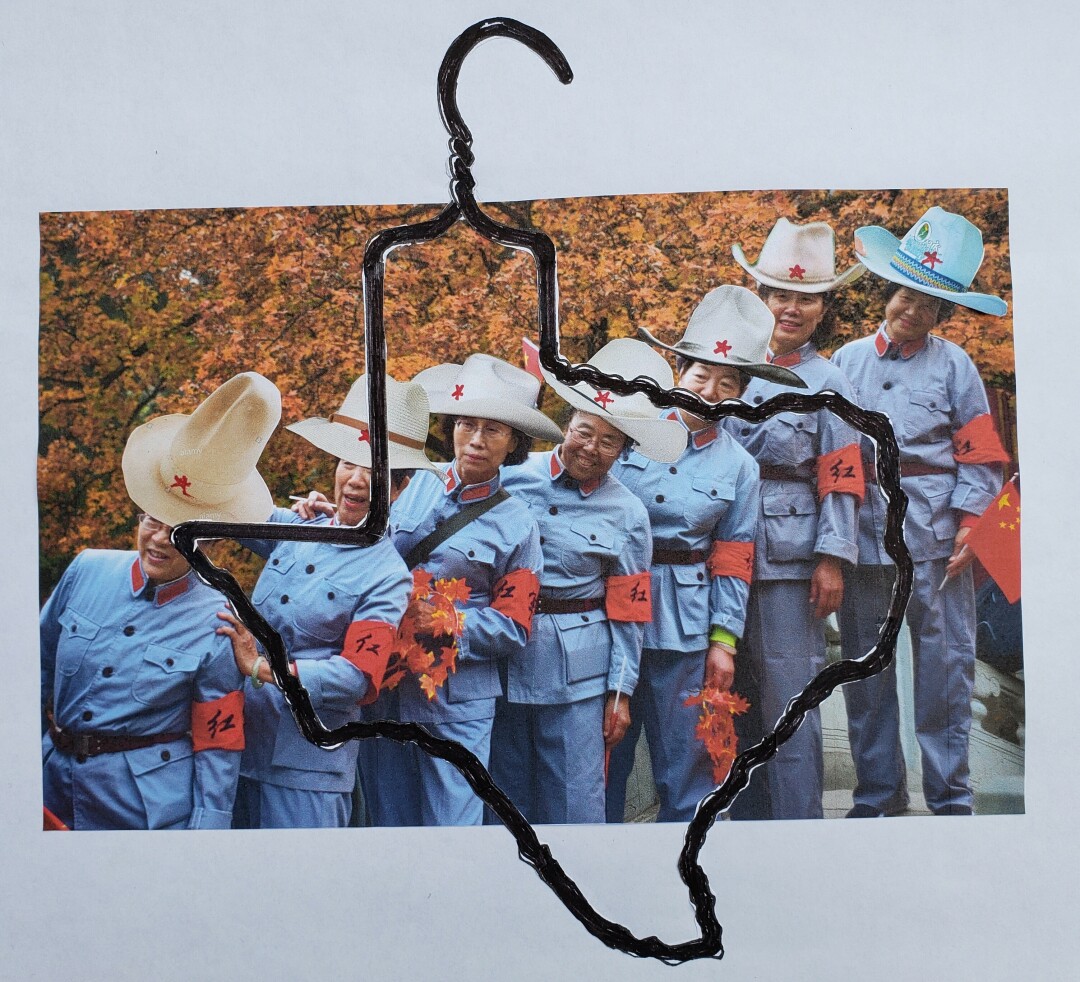 When Mao Tse-tung decreed that no Chinese family could have more than one child he created a spy network in every city neighborhood and rural hamlet. It was composed of women with sensitive noses who could smell it when a women with a child missed her period.

With the help of the state they had a hundred ways to ferret out the truth. Guilty mothers-to-be were handed to the nearest abortionist to keep China’s population from exploding. You’d have thought they were illegal immigrants in America.

Today something similar to Mao’s police state is unfolding in Texas. The Republican’s ten gallon hat club has deputized Texans to poke through their neighbor’s lives for pregnant women just like Mao’s spy network. And better armed Texans can collect bounties for tracking them down.

The brainchild behind the law establishing this spy network is Mark Crutcher of “Spies for life.” He’s on the Internet at lifedynamics.com, with a list of the “most wanted” abortionists. He’s been building an army for years.

One spy he groomed is James O’Keefe. O’Keefe’s greatest triumph, back in 2010, was to send fake reporters into a local office of an organization that had been registering poor and black citizens to vote for 40 years. O’Keefe fiddled with his videos, which led to the closing of every ACORN office across the Country. Could Planned Parenthood be far behind?

Crucher’s Texas Law offers a reward of at least $10,000 to any evangelical bounty hunter who catches a doctor, nurse, mother, father, brother, sister, neighbor, minister or Uber driver that helped a woman get an abortion after her sixth week of pregnancy.

This is 18 weeks short of Roe vs. Wade’s constitutional waiting period. What’s more, the law stacks the deck to insure that those accused of helping pregnant women can’t effectively defend themselves.

If the vigilante’s case is brought to a court with justices like the ones Donald Trump appointed to the Supreme Court there is no limit on the fine. Its as high as the Texas sky.

The Texas law is intended to bankrupt abortion supporters so a million dollar fine for helping a desperate young woman is in the cards.

It reminds me of the Fugitive Slave law. And there is no exception even when the “sperm donor” is Uncle Dick, a stepdad, the boyfriend who wouldn’t take “NO” for an answer, or a stranger slipping drugs into a drink.

Crucher is now connecting bounty hunters to the internet to better track pregnancies. Facial recognition, black ops, email theft or hacking pharmacy records may not be far off.

Holy causes justify their means and other states, particularly those adverse to masking, are drawing up their own versions of abortion bounty hunting laws.

It’s as though Texas Republicans are repudiating Texas-born President, Lyndon Johnson for passing civil and voting rights laws for Black Americans and Texas’s role in passing Roe v Wade on to the Supreme Court.

The considerable gravity of our second-most populous state shows clearly on maps of the states near its orbit. They were slave states; members of the Confederacy; passed Black codes to reinstate a slave-like non slavery; segregated schools; suppressed black voters; resisted masks and vaccines; saw an explosion of Covid 19 and, of course, voted for Trump.

Texas is firmly part of the South that fought the Declaration of Independence’s proclamation that: “All men are created equal.”

As far as Texas is concerned, pregnant women need not apply either.

Who are these Texans? They are God’s people in all or mostly white churches. Anyone who tells you that religion and politics don’t mix doesn’t know their history. When Iran’s Ayatollahs took over Iran they were intent on eradicating minority religions. But they were confounded by a Muslim law that forbade the execution of virgin girls. But like Texas Republicans they found a simple work around. If somehow the girls were raped executions could follow.

I was old enough to get a girl pregnant eight years before the Supreme Court put an end to the “back alley” abortions that took the lives of thousands of unhappy women. Women like my Mother lived those years when sex wasn’t just taboo, it could mean death. Before the Roe vs. Wade era the coat hanger was the deeply personal symbol of religious oppression. Texas wants it back.

The bloody irony of the evangelicals is their alliance with the Republican Party which prefers to keep the taxes of the increasingly super rich low by the denying poor and unwanted children the homes, education and security those taxes could provide. That’s socialism, a system that works well for all our European allies and their citizens and which evangelicals must avoid at all costs.

The old feminist pro-choice rally cry was “Its my body!” Today its the rallying cry of the the Texas Christian Abortion Rangers.

Harry Welty thinks for himself at lincolndemocrat.com.