A free spaghetti western with a barrage of Faulkner 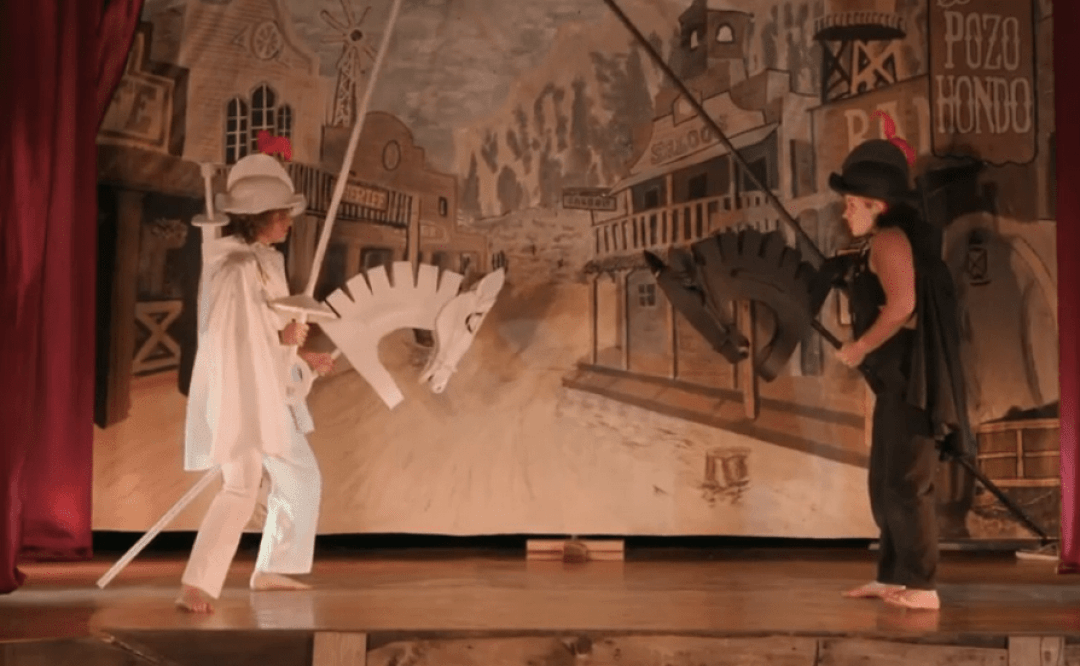 With Lake Superior as a backdrop, the Twin Cities-based Fox & Beggar Theater will present this Labor Day weekend what director Nat Allister describes as a “black comedy” called Goodnight, Absalom!

With free, all-ages performances both Friday and Saturday nights (7:30-9:30 pm) at Gichi Ode’ Akiing (Lake Place Park), above the Lakewalk in beautiful downtown Duluth, Goodnight, Absalom! promises to have something for everyone.

Knowing that Fox & Beggar Theater bills itself as a circus/puppet/dance/art organization, you can bet money that this will not be your typical theatrical performance. This will be a spectacle, not just in the Aristotelian sense (the visual components of a performance, the least of his six components of tragedy), but also in the dictionary definition of the word – “something exhibited to view as unusual, notable or entertaining.”

“I think they’re going to have a great time. I think that there’s definitely something for everybody in this very fun show,” Allister said in a recent telephone call from Cloquet, where most of the company was company out at a farm, rehearsing for this weekend’s performances.
In this new reality, the company decided to build a pop-up traveling stage that will get its first public workout at Gichi Ode’ Akiing.

“This is the new freedom and risk that comes with moving over to our pop up,” Allister said. “All the shows are free. We’re just going to pass the hat at the end of everything, so at least if it gets totally rained out, at least there’s no paperwork to do with tickets or anything. I’m pretty happy about that. It’s just kind of the nature of a new style of art making.”

The performance includes live music from a band that includes Allister on drums.

Here’s a description of the show:

In the fictional town of Absalom, a surreal chess match is played between two nefarious railroad barons for very high stakes. Their strange game moves through a series of poignant and unique vignettes – the Dance of the Pawns, the Dance of the Knights, the Dance of the Bishops, etc. – in which the unfortunate chess pieces find themselves being made to do battle inside a prison they do not fully understand. As the game progresses, the chess pieces begin to become cognizant of their bleak situation…and attempt to lead a rebellion against the game itself.

Goodnight, Absalom! is a black comedy about a plutocracy that has gamified our world, obsessed with winning more and more wealth until the world’s resources are gone.

The show fuses the Spaghetti Western genre with some contemporary coding (not to mention a barrage of Faulkner references), taking a hard look at a critically polarized nation and questioning who might gain from keeping it divided, distracted, and disenfranchised. 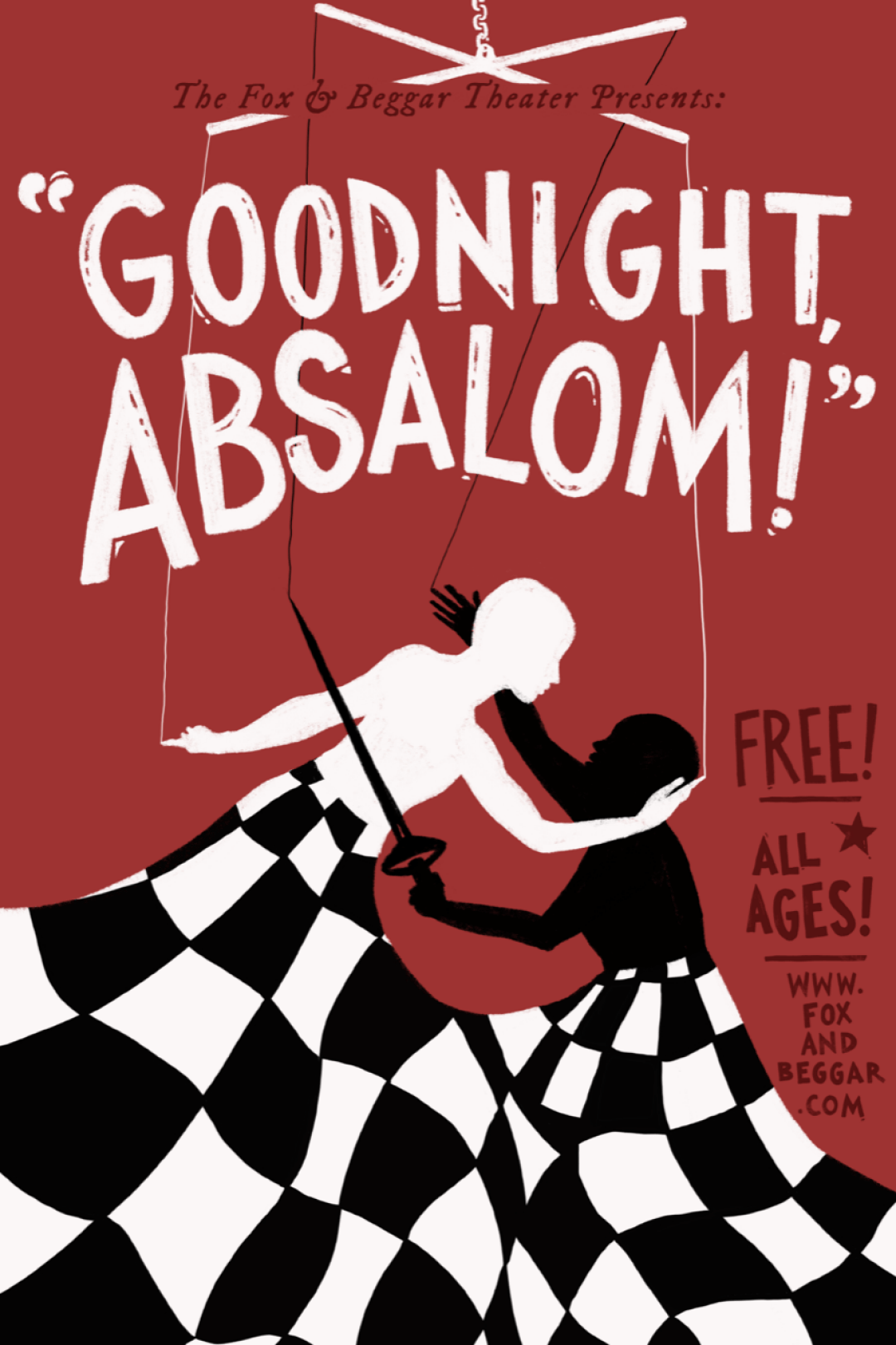