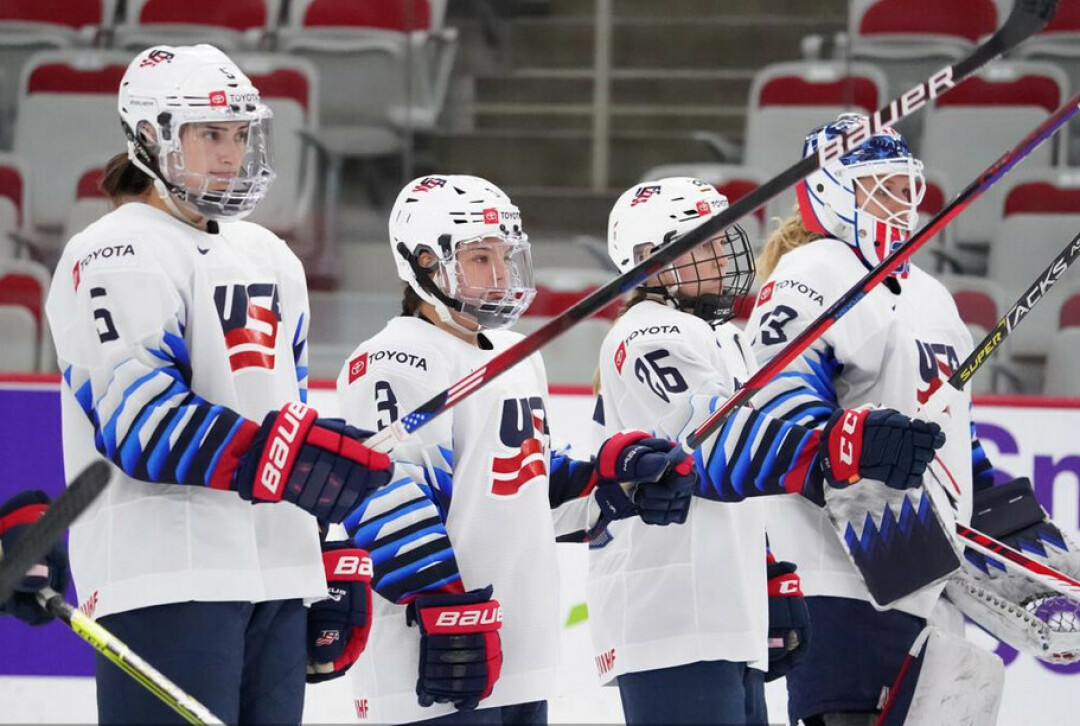 Canada bested Team USA last Thursday in the IIHF Women’s World Championships by a 5-1 tally, and yes, it was that decisive. Instead of kicking stuff out in your garage, keep in mind that this was in the qualifying round, and don’t forget that these two teams will probably be meeting up again on Tuesday in the Gold Medal game of this event.

Hats off to the Canadians, though; the Americans had an eight-game win streak against Canada finished off, as well as an abrupt end to their 29 game win streak in the IIHFWWC.

And I must mention that the return match in the Gold Medal tilt is just my opinion; it isn’t fact. I feel that most observers of the women’s game would agree with me, though.

The Canadian women had built a 5-0 lead before the Yanks finally broke the shutout at 2:44 of the third period. I don’t wish to say that Team USA was lethargic because the Canadian women played their most decisive game I’ve seen in a couple of years. But this is not what the USA women can do when playing at full force. Canada was ready to play, and the Americans were not.

Both squads are featuring revamped lineups this time around due to retirements and replacements.
One of the up and comers for the USA club is also one of the youngest women in the tourney, Caroline Harvey. With an 02 birthday, she will begin her collegiate career at the U of Wisconsin this coming fall. She is a native of New Hampshire, is already one of the better skaters I have seen at this level, and has a great vision of the game around her.

She is joined by two other players who are slightly older than her; Lacey Eden is also an 02 birthday and played in Madison last season, while Abbey Murphy, also an 02, played for the Golden Gophers last season as a freshman.

From what I have seen in this tourney, Harvey could be a USA mainstay on the National Team for the next several years.

Although Team Canada has brought an older roster to this event, their upcoming Olympic roster will feature many new faces. Their youngest player here is an 00 birthdate, Sarah Fillier, and she plays for the Princeton University team. The Canadians also feature local UMD Women’s team star Ashton Bell.

Tomorrow afternoon (Monday), the semifinals will take place. Team USA will face Team Finland, and Team Canada will meet Team Switzerland. The Gold Medal game will be on Tuesday evening. All games have been aired on the NHL Network here in the States. I am looking most forward to the next two days of the competition.

THE NHL CONTINUES forward through the dog days of late summer. There has yet to be a Kirill Kaprizov contract signing for the Minnesota Wild, but the word is that the communication level has accelerated, which has to be a good sign.

The club just signed veteran D-man Jordie Benn to a one-year deal, and short of getting Kaprizov signed, the team might be near the end of their off-season dealing. The team’s current depth chart looks like this;

Benn and Addison are the most likely to be the number seven and eight D-men of this grouping. Injuries will occur, though, and both will see playing time at some point. For the forwards, I believe that Cramarossa, Rau, Boldy, and Dewar will be on the outside of the twelve skaters who will usually suit up on game nights. Matt Boldy may surprise, though, and make the choice hard on the staff regarding who gets the eleventh and twelfth roster positions and who doesn’t. I think that Marco Rossi has a touch more skill than Boldy, but not a lot. Rask makes the roster based on his contract alone, even if someone outplays him at camp. You can’t sit that much money in the press box. But training camp will be interesting this time around.

Once regular season play commences, there will be a return to the prior divisional alignment, with a couple of minor tweaks. With the new franchise Seattle Kraken joining the league, they will reside in the Pacific division. That bumps the Arizona Coyotes over to the Central division, which will look like this;

Considering the Central, which of those four teams will make the playoffs after an 82 game regular season? You’d think that COL would be a given. Add in the Jets from the Peg’. Of the six remaining, I’d say it has to be the Wild and STL. And if the Blues don’t make the cut, it will be because the revamped Blackhawks knocked them back down the playoff ladder enough to take their spot. Who would emerge to make a Conference Final? Too early to say.

From the Pacific, I feel that the Oilers will finally elevate themselves to the top of that group; their 2021 playoff whitewash becomes a non-factor in the new season. Vegas will still be good but won’t finish higher than second here.

With Marc Andre Fleury now residing in the Windy City, how far can this team ride Robin Lehner? And perhaps without having to deal with the season-long 1A and 1B goalie monotony anymore, maybe Lenny bears down and grabs hold of that number one spot and excels. Vancouver will get in, and I look for the LAK to grab that fourth and last spot there.

Of the two Western divisions, is there a true Cup contender in the house? My feeling is that the Avs might be it. But in the same vein, they weren’t going to win it all with Phillip Grubauer in goal IMO, can you believe that new netminder Darcy Kuemper takes them all the way?

I’ve always liked his game and thought the Wild weren’t patient enough with his development. A goalie cannot improve when he is only playing once every couple of weeks. But does Kuemps have that much game? I’m not convinced he does. I have to tag this as a “wait and see” scenario at this time.

And the million-dollar quandary; will the Wild be a better team without Zach Parise and Ryan Suter?

They have already played games without Parise and competed. Suter was still a serviceable player to me. And he is in that older D-man, fine bottle of wine stage, in my view.

For whatever he may have lost physically, he can still make up for it through his vast experience. The Wild’s loss might be the Dallas Stars’ gain. Time will tell! PEACE