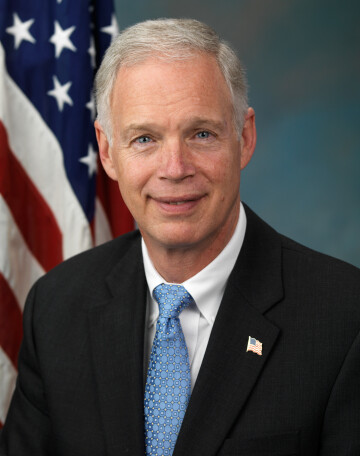 Last week I wrote about some of the bad thinking and outrageous actions being promoted by the current Republican right wing nuts. Given the harmful results of their policies it is not inappropriate, or partisan, to call these people “nuts.”

The current MAGA hat Republicans are not the reasonable conservatives of years past. It is time for sensible people, from across the political spectrum, to reject the craziness. We need to temporarily suspend “Minnesota nice” and hold these nuts accountable for the bad outcomes of their actions.

Vaccines are bad but livestock drugs are OK?

Senator Ron Johnson of Wisconsin is a case in point. From the beginning of the pandemic he has downplayed the seriousness of the disease. He has frequently made statements promoting incorrect information and created doubt about the effectiveness recommended safety practices. He has promoted wrong and misleading information about masks and the vaccines. Now he is advocating using a drug that is not FDA approved and is not even intended for human use!

According to various news reports Johnson has repeatedly promoted the anti-parasitic drug ivermectin for treatment of COVID. The drug is used in livestock. The Food and Drug Administration has issued a statement warning people not to use ivermectin, which is available without prescription at agricultural supply stores. There are increasing reports of people self-medicating with the drug and poisoning themselves.

It is stupid to refuse approved vaccines with known efficacy while willingly ignoring medical warnings to take unapproved livestock drugs.

In the past Johnson also echoed Trump’s promotion of drug hydroxychloroquine, which is a malaria medication and not approved for use on COVID patients. The FDA warned people not to us it without medical supervision because of possible side effects.

But even worse than people being stupid is national leaders promoting stupid behavior. Ron Johnson’s statements during the pandemic are irresponsible and dangerously harmful. There should be sanctions for this level of irresponsibility from a public official. In a sensible world he would be censured, recalled and certainly not reelected.

If the Republican party cared about people (or even their own reputation) they would reject Ron Johnson as candidate.

The Republican legislators in Wisconsin have been undermining sensible pandemic public health measures from the beginning of the pandemic. They have sued to undo executive orders on health safety and passed legislation to prohibit mask and vaccine requirements. The latest harmful meddling is to require UW campuses to submit any policies for COVID restrictions to the legislative rules committee for approval.

Wisconsin’s former Governor Tommy Thompson is now President of the UW System. The conservative, four-term governor says the legislators did not consult with him, he will not comply, and they will not stop him from exercising his responsibility to protect students and staff.

This turf battle illustrates the difference between reasonable Republicans and the current irrational nuts who use every opportunity – even a pandemic – to score political points to increase their power and control.

Another case of bad thinking leading to bad policy in Wisconsin is a recent Republican bill to penalize communities who cut funding for police. Never mind that for years Republicans have been cutting state aid to local governments and limiting their ability to raise local revenue. Never mind that statewide in 2018-19 total spending on police rose 1.3%. Local police budgets were cut in 253 communities but increased in 461 (source: AP News): Republicans never let facts interfere with their political craziness.

This legislation was a knee jerk reaction to the recent protests about police brutality and calls for police reforms. Reforms were often framed as diverting some small percentage of police budgets to create alternatives to armed police responding to mental health, homelessness or domestic dispute calls. This was misrepresented as “defunding” the police.

Police are not trained medical or counseling professionals. It makes good sense to use medical and social work first responders where appropriate. Eugene, Oregon has had a successful program doing this for 31 years. The police love it because they don’t have to deal with these situations. The recipients of assistance like having non-police, non-threatening, responders. The public likes it because it costs less then having police respond.

Good thinking can lead to good polices and win-win outcomes. But you need people of good faith at the table, who actually care about people, and want to solve problems.

Wisconsin is not the only place bad thinking produces bad policy. Eight states have recently passed laws discouraging or prohibiting the enforcement of federal gun laws by local authorities. Tennessee declared the state a “2nd amendment sanctuary” and will deem any federal law they consider in violation of the 2nd amendment “null, void, and unenforceable.”

But “nullification” of federal laws by states was defeated 1832. The U.S. Supreme Court has ruled many times that federal law overrides state law. We fought a civil war in part of over the issue of states rights and the South lost. Apparently Republican legislators in these states never learned much from American history.

More alarming is the bad thinking that says guns are necessary for “freedom” and for people to protect themselves.

We saw this bad thinking in play last Sunday in Portland, Oregon. A political demonstration by right wing groups drew opposition protesters. A street brawl ensued with pepper spray, paint ball guns and firecrackers. But guns were present. A man shot at some opposition protesters. But the left wing protesters were armed as well. Fortunately, no one was hurt in the brief gun battle. Apparently they had one thing in common – they were all incompetent marksmen.

Obviously resolving political differences with shootouts at the OK Corral is a recipe for disaster. But this kind of violence will be the inevitable result of citizens packing heat – any kind, anywhere, anytime – as promoted by the gun nuts.

Once again, bad thinking leads to bad policy and results in bad outcomes. Sensible citizens must replace the elected nuts who are simply stupid, that is “lacking in good sense and judgment.”