The final statement of Toots Hibbert 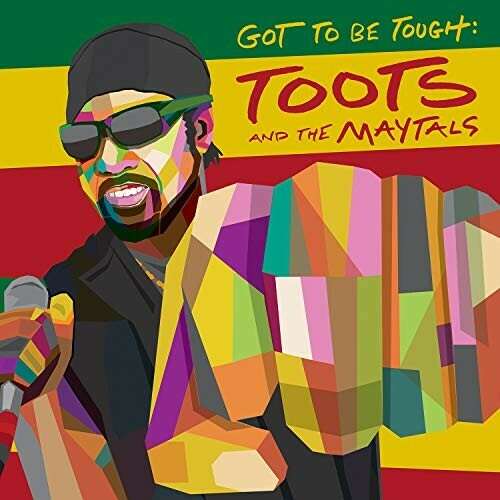 The pandemic lockdown was a dark and lonely time for many. Good thing there was some great music released in 2020 to get us through. We’re looking back at some of those inspiring releases.

Less than a month after releasing Got to Be Tough – his first album in a decade – Frederick “Toots” Hibbert, 77, frontman of the fabulous Maytals, was dead from Covid. That, of course, makes the record even more poignant, but there is no doubt that this final document of songs about survival and resilience in a mostly brutal world was a great last statement from an elder statesman of reggae.

The album is the first single act release from the new Trojan Jamaica label, co-owned by Zak Starkey, who also plays what he describes as “punk-funk” guitar on the record. Zak’s old man, Ringo, even makes an appearance playing cowbell on the raucous “Having a Party” (Woo! More cowbell!)
For the first time in his six decade recording career, Toots served as his own producer on this record, with co-production from Zak Starkey.

The cover features a painting of Toots in Fauvist style, throwing a right-handed punch while holding a mic in his left hand. All but one of the 10 songs are originals, and the single cover is of his friend and contemporary Bob Marley, “Three Little Birds” from Exodus. He is joined on a rowdy version of the song by Marley’s son Ziggy.

The soul and R&B that influenced Hibbert’s music and most in evidence in albums such as Funky Kingston (1975), Reggae Got Soul (1976) and Toots in Memphis (1988) is still there. The record kicks off with the burning, churning “Drop Off Head,” with its infectious chorus of:

That’s followed by the hard hitting “Just Brutal,” where Toots rasp-raps to an intense beat: “I don’t know what this world is coming to. We need more love in our hearts.”

I have to wonder if in that song he was addressing anyone in particular with the repeated lines: “Everything you do is just brutal.” A former president, perhaps?

Next up is the title tune, and after one listen you will think you have just heard a reggae classic. Hibbert’s voice is at its most compelling here, and fluid, smoothly flowing over the jagged reggae tempo. It’s a beautiful song and right up there with his best (Would that be the classic “Pressure Drop” from the movie and album The Harder They Fall? Maybe.)

“Freedom Train” decries the rising cost of bus fares with no subsequent rise in pay for the poor people who are forced to commute by bus. This song includes an incredible chorus singing “Freedom Train,” but the singers are not identified in the otherwise extensive album credits.

In “Warning, Warning” Toots sings ”Let Decency counteract your dirty principle.” Again, wonder if he was thinking of anyone in particular. There’s a great wobbly guitar in this that I am assuming was played by Zak Starkey (although it could have been Toots because he has guitar credit on this track as well – I assumed that was acoustic rhythm, but I could be wrong. The album notes that Toots was heavily into recording himself playing multiple instruments in the self-imposed down time when he quit studio recording after being hit in the forehead by a vodka bottle thrown by an overzealous fan during a concert in Virginia in 2013.)

Side two opens with the soulful, slow-burning, horn-drenched “Good Thing That You Call.” Again, this sounds like an instant classic.

This is credited as a Toots and the Maytals album. The word Maytals, Toots once explained, is a reference to the Rastafarian term “do the right thing.” “Stand Accuse,” track 2 of side 2, has a heavy, portentous beat, but turns out to be a beautiful, uplifting song about doing the right thing.

The song “Having a Party” does have harmony vocal credits – could they be the same women who sang on “Freedom Train”? The three female voices listed for this include Twiggy, who I am guessing is the 1960s model, so named for her stick-like figure.

The record ends with “Struggle,” a feisty and funky call for peace.