Historian of the school board 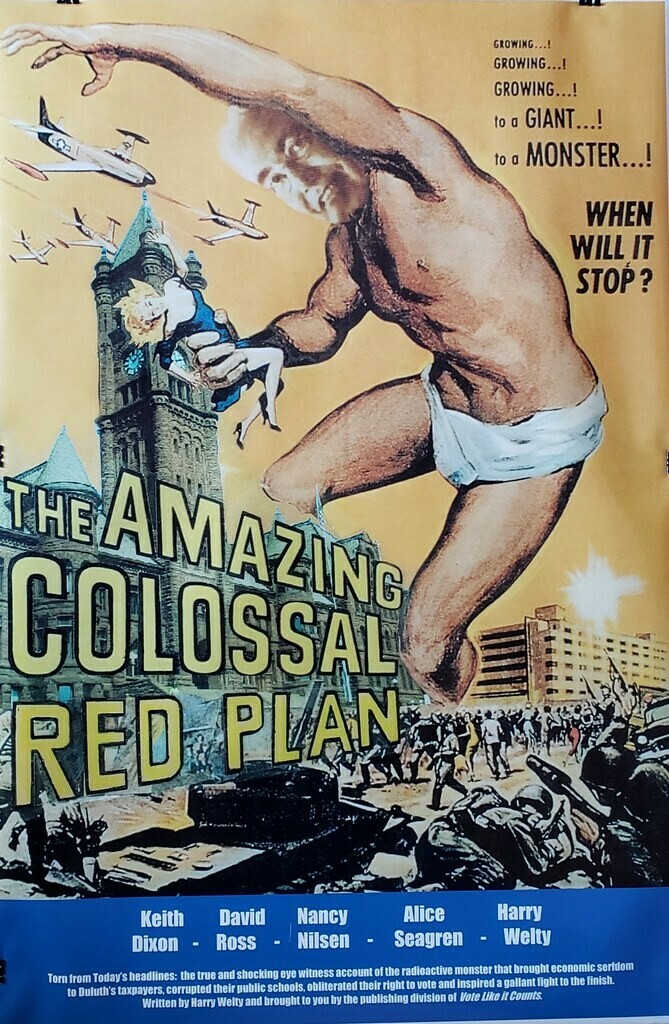 At his last school board meeting in 1991, John Hawley, the Third District  representative who was stepping down after 12 years said rather grandly that he liked to think of himself as “the historian of the school board.”

I liked that idea. I’ve tried to wear those same shoes ever since.

Tim Grover took John Hawley’s place in 1992. We both ran for the board the year before. Tim was elected. It was my second attempt and I was defeated. We had become allies a couple years earlier when Mr. Hawley’s board was hell bent on closing Washington Junior High, where Tim’s kids had attended school and I had taught for a year. A friend of mine described it as “a little United Nations” and and I suspected, somewhat uncharitably, that the East Duluth dominated school board felt the same way.

Tim wasn’t keen on Mr. Hawley because of the closing, but politics is rich with irony. Not long afterwards far more parents were outraged with Tim when he voted to close Central High School. Tim was deeply wounded. I think he all but vowed never to cross parents again. But politics can be cruel.

The Red Plan gave Tim a choice of being damned if he did and damned if he didn’t. I never had a better friend or more enjoyable colleague than Tim Grover. In the decade since the Red Plan debacle I think we’ve exchanged nods once.

I was prepared for the role of historian. I’d been archiving family genealogy for ages and I couldn’t throw anything away that touched on my work in the Republican Party. When my children were finally in school and I began life as a Mr. Mom and a PTA Dad, I tried to fulfill every teacher’s idle threat, “I oughta write a book.”

Mine was to be titled: The Worst Teacher in the World. Really, it was an attempt to understand how I managed to strike out three times. I thought I could use it in my second shot running for the school board in 1991. I hadn’t looked at for 30 years. I’d almost forgotten about it collecting dust in its three-ring-binder honoring the Kennedy Space Center – until I wanted to write about Heidi Obramowitz for The Reader. She was Chapter twelve in a 34 chapter book of 134 pages.

Worst Teacher was only the first of a half dozen books I began writing. Later that year I wondered if I could actually finish a book. It turned out I could. I wrote a kid’s adventure book with some wince-inducing autobiography. I published it for a small fortune and tried to sell it to finance a campaign for Congress as an independent candidate. It was a trial separation from the Grand Old Party.

But fiction is not my forte. Over the years I’ve compiled a huge archive with an eye to write other books. Can of Worms was going to be about secrets of the Duluth School District’s past. I spent 2006 researching another book in the Minnesota History Library about an epic political scandal in Minnesota’s Democratic Party that preceded the 1978 Republican political sweep called the “Minnesota Massacre.” Then I “pre-sold” 100 copies of a never written The Amazing Colossal Red Plan. I refunded all the buyers.

My desire to get things off my chest has been both blunted and abetted by a lot of other writing. I started a website called snowbizz.com in 1999. It included my “School Board Diary.” Later I was invited to write for the The Reader in 2002. Then in 2006 I began blogging.

Most of the ten million words I’ve written are still in “the cloud.” They compose my unprinted archive. My writing has not been to everybody’s taste but there’s a lot of it. The 15 or so reporters I’ve known during my school board career have written three bins worth of news stories about our schools. I clipped it all and sorted into folders by year and tucked it under my archives. Its minuscule compared to my output.

An army of attorneys representing the Duluth School District and the Fortune 500 company helping it build the Red Plan printed out a year’s worth of my blog posts. They submitted this to a district court to have my lawsuit, challenging the plan’s construction contract, thrown out. The judge ignored their objections.

I have lived an unspectacular life but ever since my Kansas school was integrated and made me a minority white kid in sixth grade I’ve witnessed the greatest nation’s assault on its own public schools. Its been an eyeful. I’ve cast my gaze back to my grandfather who earned his masters degree from an Ivy League university that sits next door to Harlem. He went there in hopes of someday getting elected as a superintendent of schools. Back in 1915 it was often an elective office like that of a mayor.

I’ve been following our schools during four decades that saw our local newspaper wizened to the size of a raisin. Its all in my archives to my wife’s despair. She keeps threatening to rent an industrial dumpster when I die to throw it all away. I either have to outlive her or write some books.