Science vs. stupor and stupid 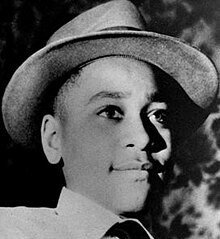 Why does the sign by the Tallahatchie Bridge have to be bulletproof?

I had Ben Eveslage for chemistry and physics at Little Falls High School. With his wild gray hair and on-tip-nose glasses, he looked like the mad scientist, and if you didn’t answer his questions precisely, he would give that “Don’t be so damn stupid” look – and then grin. Science was very important to him and he passed science on.

Nobel Prize for Science winner Swiss Henrich Rohror invented an electron microscope which can see individual atoms – and he looked a lot like Ben. This is his definition of science: “Science means constantly walking a tightrope between blind faith and curiosity; between expertise and creativity; between bias and openness; between experience and epiphany; between ambition and passion; and between arrogance and conviction – in short, between and old today and a new tomorrow.”

I’m sure Rohror agreed with Louis Pasteur: “Science knows no country, because knowledge belongs to humanity, and is the torch which illuminates the world.”

After typing this definition, I checked on the definition of “stupid” used by Ben. There are some nuances. It means a person “may be in a stupor from drugs, alcohol or lack of sleep, or one can also be stupefied, slow to apprehend, dull, obtuse, trite or showing a lack of intelligence or common sense.”

German theologian Dietrich Bonhoeffer, killed by the Nazis, said: “Stupidity is a more dangerous enemy of the good than malice. We are often defenseless against stupidity because stupidity is deaf to reason and pushes facts aside, treating them as inconsequential.”

Another Nobel Prize winner assured us “the times they are a-changin’” way back in 1963 when Bob Dylan published a song that describes “what’s happenin’” in the future.

Politicians actually used to like each other, tolerate each other and get drunk together after debating for hours. According to the evidence, they now have attained hatred for one another, exchanging nasty remarks, e-mails, and death threats.

Much blame for this change can be placed in the mouths of Trash Limbo and Nuke Grinch. For as long as three hours a day Trash attacked liberals and their positions on radio, gaining 20 million “ditto-heads,” and Nuke came up with a glossary of hate to be used against Democrats to win the House in 1994.

Republican views about Democrats are remarkably close for the same years: 17%, 43%, and 52%.

A few scientific facts why there is such rage among politicians

1. Between the 1830s and the end of Jim Crow One in 1965, a white resident of Alabama and a number of other southern states could be fined $500 for teaching a Black to read and write. Nearly half of the high school graduates in Mississippi are Black, but in 2019 only 10% of the freshman class at the University of Mississippi was Black. In Alabama a third of high school graduates are Black, but the leading Auburn University is only 5% Black in the entire student body. Northern universities are not better. Although Blacks make up 13% of the U.S. population, the University of Michigan enrollment is only 4% Black.

3. Anyone interested in income inequality? San Mateo County in California is the home of some of the richest corporations in the world in what’s called Silicon Valley. Of the 10 California counties with the biggest growth in food stamp enrollment, seven of the counties are in the Bay Area near Silicon Valley. Food stamp enrollment has increased by 41% in the last year and one-half. In this area a family of four making $146,350 a year is considered low income. In New York City and Los Angeles, families making $95,000 are considered low income. The average low income for a family of four nationwide? $25,750!

4. Numerous surveys indicate nearly half of the households led by a 55 or older person have no retirement savings. Social Security benefits average $18,516 a year. A semi-private room in a nursing home now averages $93,000 a year; a full-time home health aide will cost above $50,000. About 70% of seniors will require some type of long-term care; about 20% will need it for five years or more.

5. The 2020 Census report has a wake-up call for all Whites. For the first time in our history the number of Whites is declining in 26 states. More than 3,000 counties and 350 metropolitan areas are less White. In the last 30 years Hispanics have doubled their population and now represent about 20% of us. They represent half the growth in a dozen states, including Texas, Florida, and Arizona. Will Texas and Florida turn Blue in 2022? The country grew by 7.4%, the slowest of any decade except for the 1930s, with most growth in the West and South. Blacks make up 12.4% of our population. Since 2011 more babies of color have been born than White and more minorities live in suburbs than in cities. If trends continue, Whites will be a minority by 2045.

6. Sometimes miracles happen when people understand science as Eveslage and Rohror did – and keep their God out of it with commonsense, scientific observation and acceptance of humans who are not “straight.” In 2020, more than 1,000 members of the LBGTQ+ community were elected in states except Mississippi, which owns a last-place #50 in many categories, economic and social. In crimson Red Oklahoma, Mauree Turner, Black, Muslim, and binary, was elected to the state legislature. Voters elected two gay governors, two gay U.S. senators, nine gay members of Congress, 189 gay state legislators, and 56 gay mayors. Gay Annise Parker was elected mayor of Houston in 2010, the fourth largest city. This is another partisan divide that creates rage and violence: 73% of LBGTQ+ officials are Democrats, and less than 3% are Republicans.

7. In a 2019 U.S. News & World Report survey, Minneapolis (before Floyd) was ranked among the best places in the country to live – while it was one of the cities with the worst socioeconomic disparities between White and Black residents. Perhaps Trumplicans can explain, if everybody is equal, why there is a gap of $47,000 between the median household incomes of Whites and Blacks – and why 76% of Whites own their Minneapolis homes while only 25% of Blacks do. The average White worker makes $23.31 an hour, Black $17.81, Latino $17.24. Gee, this survey might qualify as a Critical Race Fact.

8. Does the following op-ed in the 1856 Richmond Inquirer fit under Critical Race Theory or Fact?: “Every school and college in the South should teach that slave society is the common, natural, rightful, and normal state of society. Any doctrine short of this contains abolition in the germ: for, if it be not the rightful and natural form of society, it cannot last, and we should prepare for its gradual but ultimate abolition…to teach such doctrines we must have Southern teachers and Southern school books. It is from the school that public opinion proceeds, and the schools should be set right. No teacher should be employed in a private family or public school in the South, who is not ready to teach these doctrines. Parents, trustees and visitors should look to this thing.”

9. The huge question today is: how do you reprogram many millions of the stupid and crazies who have swallowed Birtherism and the Big Lie of “The Chosen One” and have drunk the Kool-Aid served at his communion altars? A recent NPR/Ipsos poll reports that 17% of American adults believe that “a group of Satan-worshipping elites who run a child sex ring are trying to control our politics,” a third “believe that voter fraud helped Joe Biden win the 2020 election,” and 39% agree that “there is a deep state working to undermine President Donald Trump.” Millions were disappointed he was not “reinstated” president on Aug. 13. This is the North Korea model: cult members always believe Great Leaders. The Trump cult has accepted the “fact” that Georgia Representative Marjorie Taylor Greene is sitting at the right hand of god although the House has stripped her of committee assignments. Evidently Trumplicans believe her “facts” that Jewish laser beams have started the California fires from deep space, that the 9/11 “attack” was an inside job, that school shootings are staged, that climate change is a hoax, and has said Barack Obama, Hillary Clinton, and Nancy Pelosi should be assassinated. She says there are only two genders: male and female, and the LBGTQ+ community is led by Satan.

She is a QAnon saint who conducts Trump rallies with Florida Representative Matt Gaetz who apparently loves teen-aged girls. I almost forgot this one: in 2018 Greene endorsed the “Frazzledrip “myth. This was a so-called video that showed Hillary and her aide Huma Abedin assaulting a young girl and drinking her blood from her disfigured face. It claimed that several cops witnessed the act – so Hillary had them killed.

Remember the expression ‘Chances are slim to none and slim is out of town?’

In 1964, more than 75% of Americans said they trusted the government. Today Pew Research Center says only 25% do.

It’s been a complete collapse. Surveys by political scientists today reveal that half of registered voters think the opposing party is downright “evil.” As many as 25% of each party think that “if the other party behaves badly, they should be treated like animals.”

What happened on Jan. 6 has a more than 50% chance of happening again.

We don’t even know what freedom is now. Freedom is not attacking people with masks or faces of many colors. Laws, ordinances, and regulations limit freedom of all – for the common good. Freedom is stop signs, seatbelts, speed limits, coughing in hankies, fish limits, passports, licenses, paying taxes, parking where permitted, carrying firearms where allowed, and knowing why the signs about Emmitt Till by the Tallahatchie River were shot up so often they had to be replaced with a bulletproof one.