The final countdown to raise the Titanic 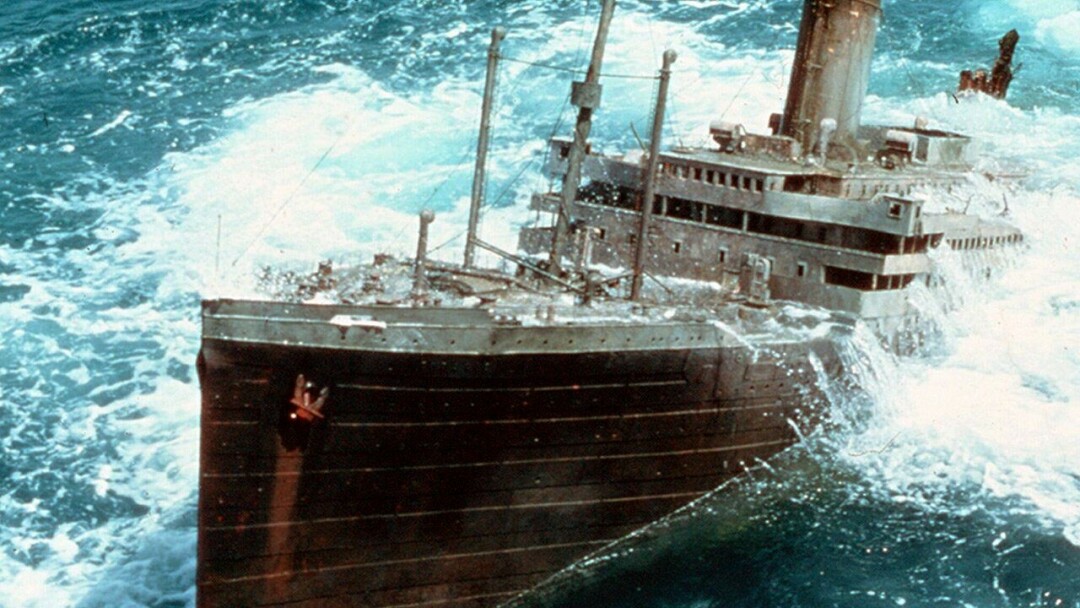 Recently on Tubi, a gold mine of bad movies, I found two forgotten mothballs from 1980. That was my freshman/sophomore year in college, the year Reagan got elected and Lennon got shot, the year of contradictory classics like The Shining, The Empire Strikes Back, Raging Bull, Airplane!, Flash Gordon and Friday the 13th.

Raise the Titanic is one of 1980’s curiosities. The book was a runaway bestseller and the movie premiered with parades. But the public largely ignored it and even the author, Clive Cussler, hated it. It’s most remembered as a megabomb, earning only $7 million on its $40 million cost. Producer Sir Lew Grade (aka Sir Low Grade due to his cheesier projects, though he did bring us the Muppet TV show and movies) said, “It would have been cheaper to lower the Atlantic.”

It’s worth viewing for one of the most stirring special effects ever filmed, the Titanic breaking the surface. Waterfalls pour from every level and window and you can almost feel the ship gratefully breathing in the air and sunlight. It’s clearly a model but an amazing model, not surprising since Lord Grade also bought us The Thunderbirds, the show with the creepy electronic marionettes and fantastic miniature airships.

The surfacing happens midway through the film and then it’s repeated, from a different angle, during the end credits. Fine by me, I just wish they ran the credits off to the side so they didn’t block the view.

The scene looks great even on a phone but I regret missing it on the big screen since there’s not much hope for a theatrical revival. If it happens, the later scene of the Titanic arriving in New York wouldn’t leave a dry eye in the house. High marks also for John Barry’s music, Matthew Leonetti’s cinematography, Alec Guinness’ cameo as a Titanic survivor and the beautiful opening, a montage of historical photos. (James Cameron opened his 1997 Titanic similarly except he computer-animated the pictures.)

In 1912 American soldiers mine a fictional element called Byzantium near Arctic Russia and try to smuggle it to America on the ill-fated ship. In present day the U.S. has developed an impervious antimissile system but it can only be powered by Byzantium, and the only known large amount is two miles underwater.

Leading man Dirk Pitt (Richard Jordan, a less-known actor who must have hoped this would be his big break) makes the case, not very convincingly, that it’d be most practical to bring the whole ship up. (This was years before the real Titanic was found broken in half.) We sense he does it mostly for the challenge as he says, “It’s the biggest job with the highest stakes anybody ever dreamt of. How can you turn it down?”

The movie tones down the book’s Cold War hostilities and what’s left is some Russian intrigue that barely amounts to a side plot. Then there’s a female reporter who’s in love with both Pitt and the head scientist on the antimissile program. She has some connection to the Russians, but is she a spy or a dupe? The matter is simply dropped. The answer likely ended up on the cutting room floor.

Reportedly 17 writers worked on the screenplay, including Lonesome Dove author Larry McMurtry, and they all seemed to have canceled each other out. It’s an actionless action film with the cast not given much to do other than talk and look at screens.

Another nautical epic from 1980 is The Final Countdown, remembered mostly for the title that was swiped by the Swedish metal band Europe, whose signature tune has nothing else to do with the movie. Why the movie itself even has the title, which suggests nuclear war, is not clear.

The plot must have been cooked up at a drunken Hollywood party. I imagine they were talking about the U.S. Navy’s newfangled nuke-powered aircraft carrier, the USS Nimitz, and someone said, “Wouldn’t it be cool if it went back in time to stop the attack on Pearl Harbor?” And everyone said, “Cool!”

The idea found its way to Kirk Douglas’ aspiring producer son, Peter Douglas. He recruited his dad to star along with Martin Sheen, Katherine Ross, and, for street cred, Ron “Superfly” O’Neal.

The assistant producer was a guy named Lloyd Kaufman, and the film inspired him to quit Hollywood and found Troma Studios, maker of whacko low-budget fare like The Toxic Avenger.

The biggest star isn’t a model, it’s the real damn thing, the U.S.Freakin.S. Nimitz playing itself. The Navy provided full cooperation even though it’s a silly project, but they no doubt thought they could use the post-Star Wars sci-fi craze to get new recruits. Possibly it worked, as the scenes of the ship’s operations make you want to be there.

The Nimitz is on a routine Pacific cruise when a crappy special effect pops up and sucks them back to Dec. 7, 1941. (Special effects weren’t dealt with until the end of production and by then the budget was depleted.)

Realizing they have the chance to change history, the officers briefly debate and the captain, played by the elder Douglas, decides to go for it.

Playwright Antov Chekhov wrote, “If you say in the first chapter that there is a rifle hanging on the wall, in the second or third chapter it absolutely must go off. If it’s not going to be fired, it shouldn’t be hanging there.” Ergo, if you show planes being armed with missiles, they better get fired.

The tension builds as events lead to the showdown between the fierce Japanese fighters and the Nimitz’s high-tech jets. We get one good dogfight and think, boy oh boy, this is just a taste of things to come.

The movie dithers on a subplot with Katherine Ross, who is presented as a strong, independent 1940s woman. But like Anne Archer in Save the Titanic, she has no real reason to be here other than to save the film from being a complete sausage party. There’s also a captured Japanese pilot whom we think will be an actual character, but he turns out to be a stereotypical Bad Jap.

(SPOILER ALERT: If you haven’t seen the movie and intend to, you might want to stop reading here.)

Just as the planes fly into battle, the time portal reappears and starts drawing the Nimitz back in, so the captain recalls the jets. They all return to the present and history is left mostly unchanged. For consolation there’s a final twist, but it’s relatively puny.

Why did the captain recall the jets? WE DON’T KNOW. HE DOESN’T SAY. Maybe he didn’t want to leave them in 1941, but the pilots probably would have said “cool!” to that idea. Maybe he didn’t want to strand them in the Pacific, but if Japanese planes were fuel-efficient enough to get to Pearl Harbor and back to their aircraft carriers, modern American jets could at least make it one way, couldn’t they? Or not?

Either way, Capt. Kirk, you got some splainin to do, because this is one of this biggest cop-out endings of all time. It’s a wonder it didn’t cause riots in the theaters. Even more miraculously, it did fairly well at the box office.

Nor does the film explain the portal. It appears to be the work of intelligent design, as its date of choice is hardly random and it actually chases the ship. But why would an intelligent entity send them back in time to accomplish jack nothing?

So Raise the Titanic is dull but ultimately satisfying while Final Countdown is fun but ultimately a pisser. Raise the Titanic ends with a similar bait-and-switch (the whole exercise turns out pointless) but at least it delivers the big moment as promised. And I like the ending, which Countdown might have been going for but never jelled, that says sometimes it’s best to let the past stay buried.