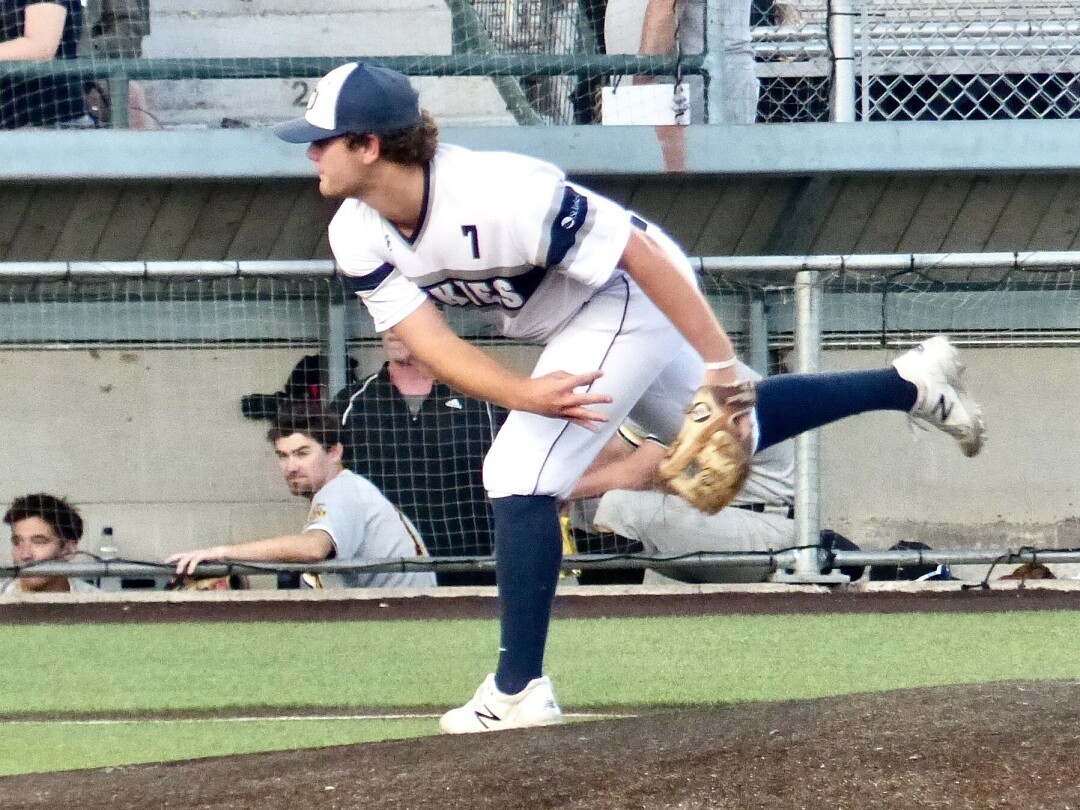 Sports can be a wonderful break from the hassles of real life sometimes – most of the time, in fact. But other times, real life can make a huge impact on sports.
That’s what made Monday’s 4-man scrambles golf tournament at Giants Ridge such a fantastic endeavor.
I didn’t get out the clubs and play in the special fund-raising tournament to raise money for “The Ranch – Teammates for Life” that got its official liftoff from the money raised by hockey people, for hockey people, and as a tribute to Mark Pavelich, a beloved hockey star at Eveleth High School, UMD, the 1980 U.S. Olympic team, and the New York Rangers. But it was a rich and fulfilling trip to attend the post-golf program at Giants Ridge.

It has been awhile since I was able to get together with Pav’s former Olympic teammates, Phil Verchota, Billy Baker, Mike Ramsey and Buzzy Schneider. And the roomful of hockey people I have known for decades, as well, such as Billy Christian from Warroad, Bob Gernander from Coleraine, Pat Fairchild from Duluth – or more properly Morgan Park when he was a lot younger and presumably a lot quicker – Mike Sertich, Mark DeCenzo, John Rothstein, and one guy I was unable to readily identify – T.J. Gorence, from the Gophers, the Philadelphia Flyers, and also from growing up in Shoreview, where he would have played for Mounds View, except he went off to St. Paul Academy.

Gorence lived on Turtle Lake, and seemed to have the perfect storybook career in hockey. He was drafted by the Philadelphia Flyers and left Minnesota after two years to sign. He said when he showed up to join the Flyers, he ended up being roommates with Bobby Clarke, one of the most outstanding captains in NHL history, who already had guided the Flyers to two Stanley Cups.

In those days, Gorence had a full head of thick, black hair. When I saw him at Giants Ridge, he was pretty nearly bald. Those things happen, and we all age differently. After leaving the NHL, Gorence still seemed to be living the ideal existence. “I lived in Hawaii for 14 years,” he said.
He didn’t have the debilitating dose of dementia that affects countless pro hockey players, as well as pro football players, from the repeated blows to the head, helmets or not.
The NFL and the NHL fight hard to avoid blame for the contact that sells tickets and damages brains. The post-traumatic stress disorder (PTSD) and more serious diseases that lead to dementia and often more serious after-effects. Medication can help, but self-medication, often involving alcohol to cure the side-effects of drugs, can also lead to suicide.

Mark Pavelich took his own life while undergoing treatment at the Eagles Healing Nest in Sauk Centre, Minnesota. It was devastating to his family, friends, former teammates, and all who knew him as a warm, genuine human being who would do anything for anybody.
It is believed his life came unraveled because of traumatic brain injury known as CTE. The last time I talked to Pavelich was by phone when he was confined at the hospital in St. Peter, Minnesota. He talked about watching the Bulldogs play on television, and particularly watching Scott Perunovich, the Hobey Baker winner from Hibbing.

“He should shoot more,” Pavelich advised. “If I had one thing to do differently, I would have shot more.”
Finally, Pav was able to get transferred to the Eagles Healing Nest facility in Sauk Rapids, a site created by Melanie Butler, who had started by inviting military veterans who needed a safe harbor to get their lives back in order after combat had led to the PTSD effects similar to what the repeated blows to athletes’ heads can inflict.

She said, “I had filled my house with veterans for nine and a half years, but I had never taken in an athlete, or anyone from St. Pater, but when we took him in, the Veterans loved Pavelich. They felt he was part of their family.”
It was a two-way street. They helped him.
“He mentored them, too,” Butler said. “There wasn’t anything he wouldn’t do for any of them.”
One of Pavelich’s closest confidantes was former Rangers teammate Barry Beck, and he and Pavelich discussed the potential for someday opening a place they would call “The Ranch,” where former hockey players who need a place to rehabilitate and get their lives in order – much like the veterans do – could gather. They talked about having horses, being able to go fishing.

T.J. Gorence, who also was in contact with Beck, and Pavelich, said when Beck called and suggested the Ranch idea, he immediately said, “I’m in.”
Living in California, Gorence climbed on his Harley-Davidson and rode to Minnesota. He and I had a brief but compelling conversation, as he named various former hockey players who had also committed suicide, or who were suffering from too many years of untreated head injuries – as he had. Gorence also has been in contact with Brian Burke, former Edina player who went on to star in college and play pro before also becoming an agent and a general manager in the NHL. 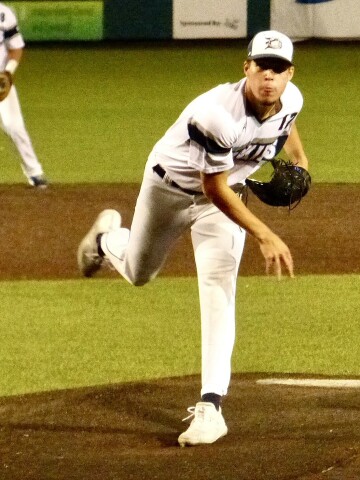 Peyton Powell moved from first base to pitch and also blanked the Larks through two innings in the Aug. 13 Huskies game.

T.J. and I came to full agreement that the “official” NHL stance that there is no evidence that blows to the head in hockey, whether from heavy hits or fights, could possibly contribute to brain injuries is not only absurd, but it is preventing the NHL from taking a positive and active role in contributing to the treatment and possible cure for such debilitating injuries.

If NHL commissioner Gary Bettman decided to take on the obvious problem and the potential treatment, the NHL could get behind “The Ranch – Teammates for Life.”
Gorence’s long motorcycle ride was to carry out his own involvement on The Ranch’s board of directors, along with Barry Beck, Clint Malarchuk – who was signing his book, “The Crazy Game” – and Jean Pavelich Gevik and numerous others.
Jack Pavelich, a cousin of Mark’s, was enlisted to help organize The Ranch and is now the President of the operation. He spoke at Giants Ridge, and offered thanks to Melanie Butler and Eagles Nest, which donated a large chunk of land next to their facility, and a building along with it.
Mark’s sister, Jeannie Pavelich Gevik, contacted Jack Pavelich, who agreed to take on the challenge to help “some players who were hurting, secretly,” he said, indicating that one of the biggest problems is that afflicted players don’t want to admit it.
Then he described the ultimate irony in the whole issue.
“Mark took his life,” Jack said. “We thought Mark would get better at the Ranch, because he already was. Mark was going to be a significant part of the whole plan, and it turns out, he is! When Mark took his life, there was no wind in the sails. Afterward, a group in Duluth said, ‘Let’s do something for Pav.’ Then Melanie made us this offer.

“The Nest didn’t just give us a building, we got a home. We were embraced as family by 75 veterans at Eagles Healing Nest, and we’re going to do this together. We have to love each other, the way Mark and those veterans loved each other. But this whole thing was motivated by Mark’s death. We are more motivated because he died, and we never could have made it happen without his memory.”

The devastating loss of Mark Pave-lich’s life hit the veterans at Eagles Nest hard.
“But we got through it, because we’re a family,” Melanie Butler said. “We feel blessed and honored to be able to be a part of this.”
In that bright and cheery meeting room at the Giants Ridge Lodge was that so many former hockey players and hockey boosters contributed so much to the charitable task of making token contributions to Eveleth Youth Hockey and to UMD’s hockey program, the two places where Pavelich first displayed his amazing talent, with the main impact to help build The Ranch — Teammates for Life. But the most incredible part of that whole ceremony at Giants Ridge was that the many diverse people in the room — most of whom I had come to know over the years — seemed to be united by the bond of hockey, which made them all part of their own new family.

HUSKIES DONE
One of the most spirited finishing runs wound up with one of the most bewildering endings as the Duluth Huskies won just enough games to finish in second place by a point, which allowed them to qualify to face the Waterloo Bucks in a best-of-three Northwoods League Great Plaines East playoff.
Ironically, the Huskies clinched the playoff spot while losing 8-7 to Bismarck at Wade Stadium in the next-to-last regular-season game last weekend. The Huskies were down 8-0 until Dom Mesa’s 2-run home run in the seventh, and then the Huskies rallied for five more runs in the last of the ninth, only to fall 8-7.

A crowd of 1,298, largest of the season at Wade, watched that game, and the Huskies inched into the playoffs despite losing.

They came back to crush Bismarck 13-3 in the regular season finale, But something called The Great Twin Ports Get-Together had rights to Wade Stadium for a free Sunday festival from 12-6 pm, so after working so hard to make the playoffs, the Huskies had to play the best-of-three playoff series all at Waterloo.

They lost 8-6 after another spirited rally in the last two innings – with Duluth as the home team – then lost 6-0 in the second game to end their chances to advance.
With players signing for the full season or parts of the season, the Huskies were led by Mike Boeve, who hit .341 in 67 games, and Ambren Voitik, who hit .311 in 65 games, with Charlie Rhee hitting .285 in 38 games and Michael Brooks who hit .256 in 59 games.
One of the highlights of the season was that when the Huskies trailed 8-0 in that next-to-last game, to save pitching arms, shortstop Michael Brooks got a chance to pitch two innings, and then first baseman Peyton Powell followed him to the mound for two more — with the two position players shutting out the Larks to set the stage for the final rally.