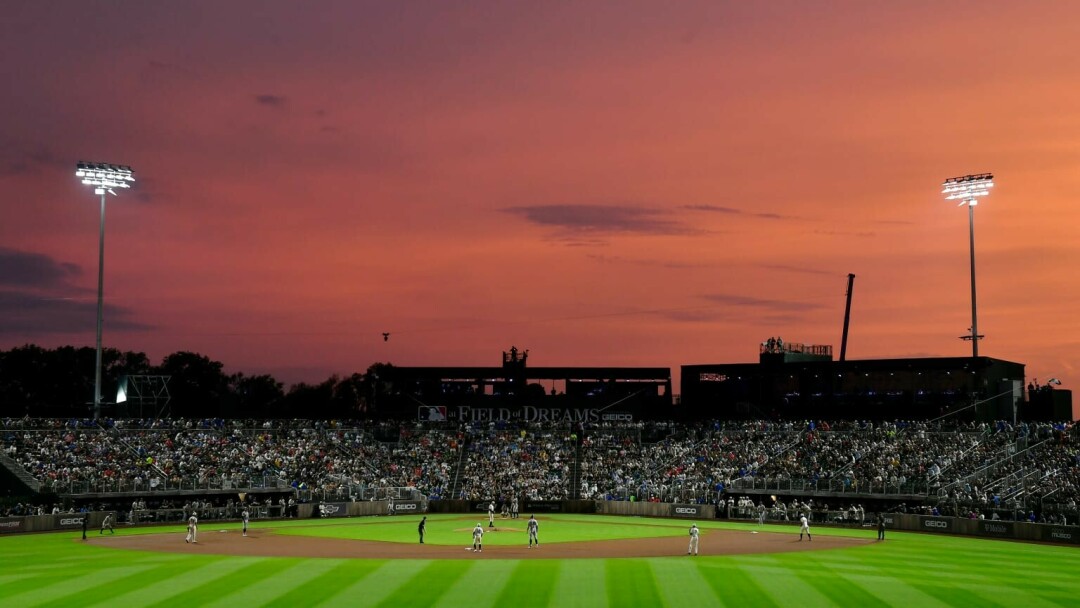 TERRACE POINT – If you were to examine the plight of Major League Baseball over the past several years, you would be looking at a very indifferent picture.

For the entirety of my youth and within my years as a young man, baseball reigned supreme as the top sport of the four majors in the country. Known as “The Grand Old Game” or as “The National Pastime,” it had the attention of the better part of the American sports fan. That’s how it was. Then in the ‘60s, pro football, getting a push from a rival league and an ever-expanding TV presence, began to give baseball a run for its money for viewership and revenues.

Football pushed past MLB as a fan attraction at some point in the nineties and early two-thousands. The NFL is the wealthiest sports business in the world at this time, and some of the additional fan attraction has come from people who would say that baseball used to be their first sports love. And football is fast and violent. That seems to be a better match for the current national disposition than baseball’s slow and methodical ways.

MLB has also inflicted some damage unto itself. The “steroid era” lingered on much longer than it should have, which didn’t help the game or the league.

It was no longer a cheap day out for a family of four or larger either. If you were going to a game, you could be looking at a $500 day out quite easily by the time you got tickets, parking, concessions, and souvenirs.

And during last year’s initial COVID surge, observing MLB was a bit painful. Neither the league nor the MLBPA could get on the same page and try to rescue as much of the season as was possible.

Conversely, the dialogue between the two sides exposed some painful rifts that may not have been widely known to the viewing public before the pandemic.

And most intense viewers of the game and the league, on the field, and within the business side of it, will tell you that not all is well with MLB at this point. There has been a distinct shift in its popularity in the USA.

For me, a majority of my sports time is now spent studying and viewing hockey. It was my first sports love after I got into it anyway.

Baseball is still second, but with the caveat that I don’t dig deeply into it until the NHL tourney, awards, draft, and free agency are over for a given season. My viewing began a bit later this year due to the rearranged NHL schedule for the past eight months. I will be most happy when things get back to “normal.”

But I have been watching a lot of baseball recently, and I love every second of it. About a month back, some TV spots commenced for what would be last Thursday night’s “Field of Dreams Classic” between the Chicago White Sox and the NY Yankees.

As each week passed by, the game got pumped up more and more. There would be no way that I would not be watching this. I didn’t understand what was about to unfold before fans all over the country.

If you ARE a fan, I don’t have to tell you about the epic movie Field of Dreams. It starred Kevin Costner, who seems to have a way with baseball characters and the game. It also starred one of the finest actors of my life, with James Earl Jones appearing, too. There were other prominent Hollywood names as well.

Costner’s character “Ray” had a dream and heard a voice telling him to put up a ball field where corn was growing. A voice said to him, “build it; they will come.”

Jone’s character, Terrance Mann, an author, was a hopeless romantic for the game. He very much understood its meaning and place in the nation’s psyche. He knew that people still went to great lengths to see and love the game that meant so much to us at one time.

So last Thursday night finally arrived, and I was ready to see what would happen on the screen before me. Media were abundant there from all over the world. And wouldn’t you know it, in the pregame, strolling out from a row of corn just as Shoeless Joe Jackson had in the movie, Costner strolled out onto the field, looking around in wonderment at the spectacle before him.

When he almost arrived at the infield dirt, players from both clubs began to emerge from the corn. Costner stopped and waited for them to take their places between first and third bases for the ceremony to come. Several players made sure to shake hands with him before lining up. It was perfect.

As most in the game of hockey can reference the movie Slap Shot, I’m confident that many players and fans are familiar with F-O-D and its impact.

It was right then that it all came rushing back to me. The history, tradition, fun and excitement of a trip out to the ballpark and so much more flooded over me in a sudden wave of happiness and awe.

MLB was doing this event up right. Older fans were quickly reminded why they loved this game so much, and younger ones had to be amazed at what they witnessed before them.

It was epic. There were many references to the movie in-game, the facility itself got some behind-the-scenes reviews, and of course, all the major players and Costner and MLB Commissioner Rob Manfred got ample screen time too.

Kudos to Fox Sports on their game broadcast too. This game got the highest rating for a regular-season game since 2005 with approximately six mil viewers.

It was a seesaw affair until the third inning when the Sox began to build a lead. By the end of the fourth, they were ahead 7-3. When the ninth inning started, the Sox were still in front at 7-4, but courtesy of two, two-run home runs, the NYY came out of the top of the inning with an 8-7 lead. For reasons unknown, I was convinced that this game was not over yet.

Sure enough, the second batter got on base with a walk, then the next hitter, Tim Anderson, hit a walk-off home run. The stadium exploded! Fireworks were launched from an old-time scoreboard in dead center field.

The bright lights, the green turf, the fireworks, and a storybook ending for a storybook night all combined for a moment that was beyond baseball nirvana! It was as perfect as perfect could get. I couldn’t think of one single thing I would have changed on that night.

All things considered, the fans needed a night like that. We got an excitement reminder, perhaps when we needed it the most. And just maybe, the game many of us old fans still love did too... PEACE

The IIHF Women’s World Championships start this Friday, the 20th, in Calgary. This is usually a springtime tourney but has been delayed by pandemic concerns. Team USA plays the Swiss Friday eve at 7:30 pm on the NHL network. OVER & OUT!