The fall of Saigon 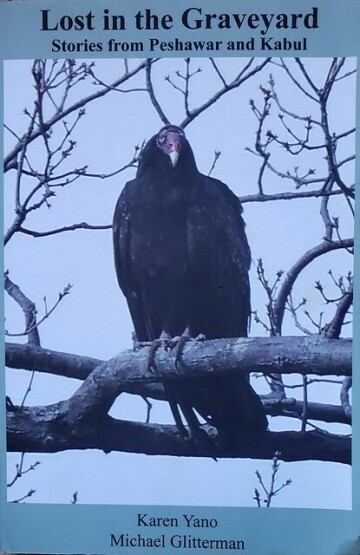 American citizens are not calling Congress in outrage over our humiliating lowering of the Embassy flag  in Kabul, Afghanistan, today. I won’t be making a call either but yesterday I vented my spleen about America’s humiliating betrayal in my blog:

“This morning I chatted (bavarder) with my French pen pal. I told my pen pal that J’ai honte de mon pays (I am ashamed of my country). She asked me why and I told her we were leaving another Vietnam behind us. I was referring to leaving the Vietnamese and others who helped us to the mercies of the Viet Cong and North Vietnamese Army. I think we should expect the religiously fueled Taliban to be even less generous. We have but to look at today’s Evangelical Christians who have no problem with overthrowing 230 years of democracy for their own eccentric brand of pro-life let-the-unmasked-children die kind of world.

“I do blame Biden but there is so much blame to go around starting with George W. Bush and his VP Dick Cheney. Last night I watched one of the old Republican commentators of that era, Michael Gerson, talking on PBS’s News Hour about our disgrace. As a spokesman for all the grand ideas of democratization back then he was shriveled up and shaking in a fury at how badly things have spun out of control. I told my pen pal I couldn’t bear to watch the news after that.

“I found an article on Wikipedia that estimated 200,000 to 400,000 Vietnamese drowned on boats attempting to flee to America. Out-of-sight-out-of-mind! 42,000 Vietnamese have died stepping on old ordnance and landmines since the war’s end and countless children have been born with mental deficiencies because of Agent Orange. I will never regret protesting the war. But even as it ended I was ashamed of our leaving with our tail tucked between our legs. Doing it now as the world burns and people drop dead of a virus that Donald Trump tried to wash away with Clorox doesn’t make it any better ... "

My Dad read history. He knew that America won its first “forever war” when the mightiest army in the world marched out in defeat to the tune of “The World Turned Upside Down” (if tradition can be believed).

In the Fall of 1965, before Vietnam became our third forever war, I was arguing with my gymnastic team mate Mike Glitterman (not his real name). I had been listening to my Father fulminating against President Johnson for sending more American troops to Indochina. We were just ninth graders but I was eager to argue with Mike when the subject came up. Our coach heard us as he exited the gym and defended America’s intervention.

Four years later with the war still raging Mike and I took advantage of a system that shielded college kids from the draft. Most of the fighting was left to high school grads and college dropouts.

In 1974, after four more years of war, I was a newly minted teacher with a job waiting for me in Proctor, Minnesota. Because of my Aug. 17 wedding I was too preoccupied to pay a lot of attention to our new President Gerald Ford, who had replaced the disgraced Richard Nixon eight days before. 244 days after Ford’s swearing in our Embassy’s flag would be lowered at the fall of Saigon.

Mike turned a doctorate in anthropology into a career with the U.S. Department of State. He was posted to Kabul, Afghanistan. At age 70 we have both grown in sophistication since our 55-year-old debate.
At his retirement Mike could not help himself but spill some anonymous beans. He coauthored a book of semi-fictional stories about Afghanistan and the people we have now abandoned to the Taliban.

These religious warriors are every bit as confident in their God as Republican evangelicals have been in Donald Trump.

Deal maker Trump had no problem putting an end to a forever war. As part of his bad bargain he did his best to prevent Afghans with American targets on their backs from fleeing to America. We don’t need any more ethnics here, thank you very much.

I am not proud of how badly his successor President Biden has bungled the extremely weak hand Trump left him in Afghanistan. I am glad he’s president but if, like Gerald Ford, he served a single term I wouldn’t mind just so long as cultists don’t replace Biden with another Trump.

The educator in me is reminded of Santayana who wrote. “Those who forget the past are condemned to repeat it.” I put that quotation on my school board business cards 20 years ago. Jews put it more simply. “Never Forget!”