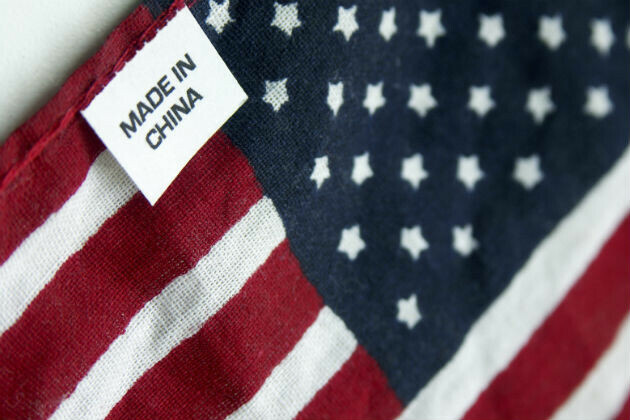 Health care is a right, not a privilege

Shubham Chandra’s father, a New York City cardiologist, died of COVID-19 in his hospital after spending seven months in one of its beds. Shubham quit his well-paying job in a media startup to manage the insurance coverage and the hundreds of medical bills. He spent his mornings analyzing the charges on new bills and his afternoons calling insurers and hospital departments.

Sarah Samoranus, a New York marketing professional with a college degree, lived almost paycheck to paycheck in the expensive city, so she decided to move to France and work on a master’s program.

While working and going to college, she met a Normandy Frenchman and married him. She soon was pregnant with twins. Close to delivery time, she did not “feel right,” so she went to the emergency room. She needed to have an emergency C-section with transfusion of blood. She had a private room.

While recuperating she had a lactation consultant teach her how to breastfeed the twins. A nurse taught her how to bathe and care for the twins. She received several prescriptions for her at-home recovery.

The hospital provided formula and diapers. Nurses visited her a few times at home. There was no bill from the hospital. It went to the French government because France has universal health care like the rest of the civilized world.

The Guardian reporter Arwa Mahdawl and his wife of New York City had a daughter in 2021; a normal uncomplicated vaginal birth. The bill so far has been $37,617.69. They were charged $10,350 a day for three days in a semi-private room – described as “barely big enough to swing a baby.”

An ER nurse in California got a bill for $898,984.57 for her baby born at 26 weeks. With the information I have gathered while negotiating health policies for 28 years and keeping files on health care costs for 27 years, I would estimate that, if they had the same treatment as the mother of twins in France, their bill would have been in the neighborhood of $200,000. That’s health care costs in the Divided States of America.

To solve economic inequality, we must rid ourselves of MIHD cartels

MIHD stands for Medical-Insurance-Hospital-Drug (MIHD) cartels. In 2020, the DSA spent almost a trillion dollars on administration. That money did not buy a single aspirin. It paid for $50 million-a-year insurance executives, claim “adjusters,” paperwork, billing, and millions of unnecessary workers (while actually having a shortage of nurses).

Missouri Congresswoman Cory Bush at one time in her life was homeless in St. Louis with a six-month old daughter and a two-year-old son. She worked a day shift while living in her old car.

She recently slept on the steps of the capitol to dramatize the problem of evictions. She also wrote a very coherent paragraph about our policy failures: “Being unhoused in America must no longer be viewed as an individual shortcoming, but rather as an unacceptable, life-threatening policy failure. Our government created the economic and social conditions under which I, and countless others, became unhoused – through unlivable wages, the absence of affordable housing and childcare, and an inaccessible health care system. Instead of comprehensively addressing this crisis, our government has approached it with patchwork solutions that disregard the humanity of people without housing and those who are living on the edge.”

We can’t even make our own flags. According to my American Legion newspaper, our flag companies do not make U.S. flags larger than 3x5 feet. All of those larger flags behind politicians in press conferences, speeches, at rallies, and at the Trump insurrection on Jan.6? Most likely made in China!
Is that a sign that not much is working in the DSA?

Twenty years ago I used an incident in Iran to compare differences in health care costs among countries. A convicted murderer in Tehran had a heart attack just as the hangman was adjusting the noose around his neck at his hanging. He was rushed to an emergency room, was revived, and then went back to the noose. The Iranians did not want to hang him dead.

If that had happened in the DSA, a helicopter would have been called to take him quickly to the hospital emergency room, the most expensive room, cardiologists would have been called in to diagnose the situation, drugs would be prescribed and swallowed, and other therapies employed. After regaining health and spending thousands, back to the noose. We just can’t avoid our profit-making health care system.

Why does the richest country have one such poor health care records?

(1) Why are health care expenditures significantly higher than all other industrialized countries?
(2) Why do we have such poor health outcomes, including life expectancy, compared to European countries?
Here are just a few of the $4 trillion why (all from legit health sources):

4. There are 122 million workers paying into employer health plans, but 30 million are underinsured by inadequate plans. Deductibles have increased 77% since 2010. Millions of workers are tied to jobs they dislike because spouses carry health insurance from their job.

5. In 2020, 66,000 American women decided to have their babies overseas because of costs. Women who had babies under DSA employer health plans still paid an average of $4,569 in out-of-pocket “fees.” The first year of infant care in the DSA averages $15,000. An American student in Chile, working and studying architecture, paid a total of $350 for a C-section and a four-day hospital stay. Under Chile’s laws, she was paid her full salary for six months under its paid maternity leave plan. Another American decided to have her baby in Turkey. She paid $4,000 for a C-section and five days in a private room. Uninsured, she may have saved about $40,000 going to Turkey.

6. Why do people in states led by Democrats live as much as six years longer than those led by Trumplicans? The 10 states with the lowest life expectancy are Red; the highest are all Blue. Hawaii and California lead with slightly more than 80 years. West Virginia, represented by “Only I Can Do It” Joe Manchin, and Mississippi are the two lowest at 74.4 years. Could state-approved Medicaid make a difference? The average life expectancy for all Americans is at 77.8 years. If West Virginia was a nation, it would rank #93 behind Tunisia and Hondurus. The countries with the highest life expectancy are Canada, Iceland and Sweden, all with universal health care.

7. Of the 100 highest paid U.S. CEOs, 19 are heads of health care and insurance companies. What if those billions of dollars were actually spent on health care instead of executive salaries, administration, yachts, and mansions?

11. After Rebecca Gale lost her husband to COVID-19 she got a $50,000 bill for helicopter transportation of her husband between two hospitals in the same area. That’s a year’s annual average wage.

14. For the last decade we have averaged 530,000 medical bankruptcies in the Divided States because of what has happened in the issues mentioned in this column. Some people have had to file twice. Because Susan LeClair had been in an “out-of-network” hospital, her cancer surgeries came to hundreds of thousands of dollars. Make sense? Obamacare did not change the numbers forced into bankruptcy. LeClair says: “My medical bills are at $52,000. I’ve done everything from credit cards to consolidation loans, I just keep simply paying one credit card with another interest-free one until I can pay the next one.” She isn’t sick anymore. The system is.

15. One out of every six Americans has an unpaid medical bill on their credit report.

17. Only 20% of U.S. private sector workers had access to paid family leave in 2020 to care for a new child or a family member. Only 42% had access to short-term disability insurance to recover from an illness or injury.

18. We have three times the rate of virus infections as Canada and twice the mortality rate. Why? It’s simple: universal care. Canadians see their doctor 6.8 times a year while the DSA rate is four times a year. Canada has no co-pays or deductibles and care is free at point of service.

We must replace exploitive-for-profit mess with Medicare-for-all

Joe Biden’s inept proposal of “back-to-normal” Obamacare with a public option will not solve our two main issues of economic inequality and universal health care.
The current mess has metastasized into a deadly cancer of making providers rich at all levels and consumers in the poor and middle classes sicker with disease, anxiety, stress – and bankruptcy.