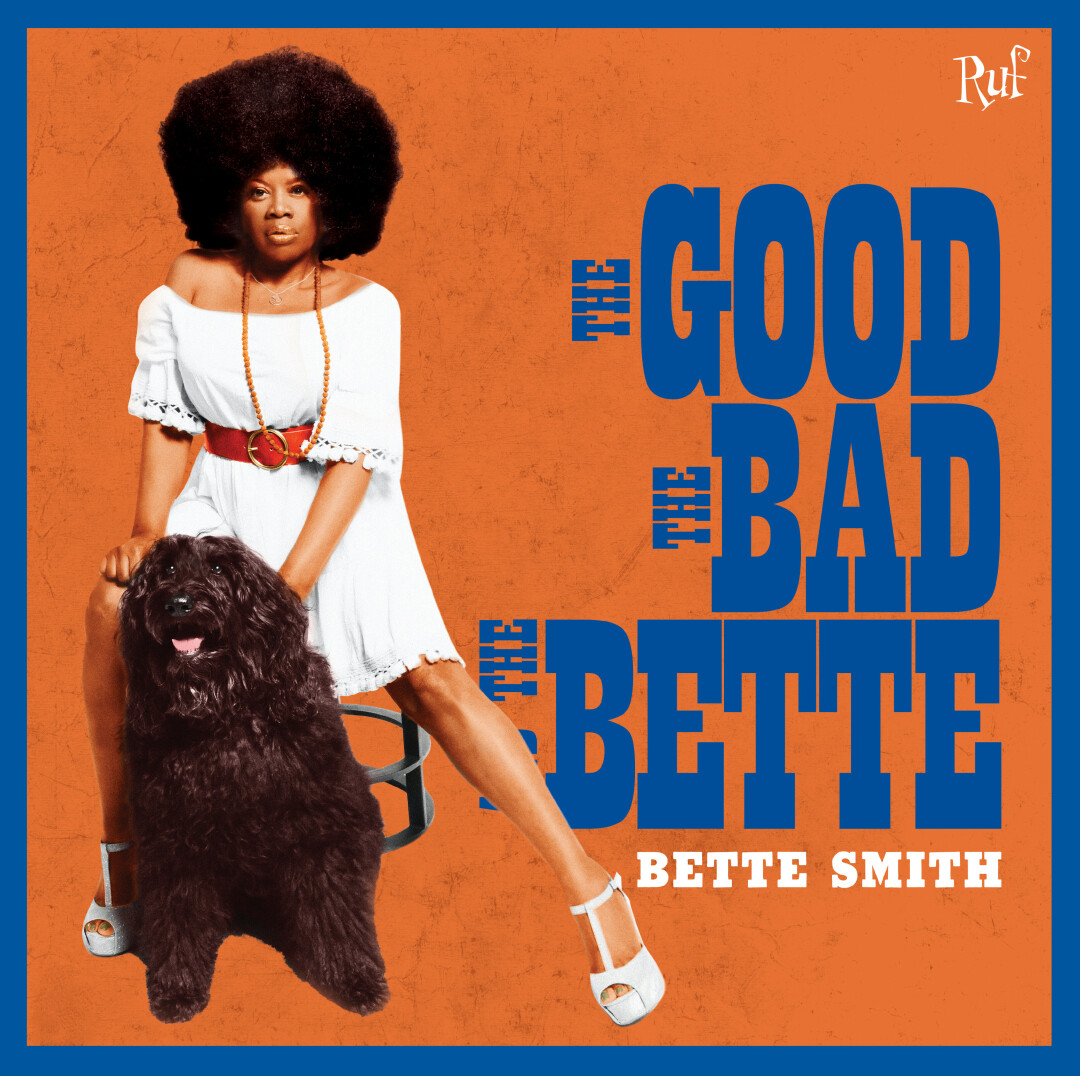 Bette Smith, the opening act at Bayfront Blues Fest,  is a powerhouse vocalist who grew up singing gospel – her father was a gospel choir director – and brings what she learned there to a sound that is equal parts rock, blues and soul.

Yeah, she won’t be an opening act for long, so this is your chance to say you saw her when.

The native of the Bedford-Stuyvesant neighborhood of Brooklyn has been touring mostly in the Midwest this summer on her Bustin’ Out of Brooklyn Tour, which she began by opening for Kenny Wayne Shepherd in Oshkosh on June 24.

Her appearance at Bayfront Blues  is framed by shows at two Wisconsin hotspots, Shank Hall in Milwaukee Aug. 12 and High Noon Saloon in Madison on Aug. 15. Later this month she’ll be touring with the Drive By Truckers.

All of this comes on the back of her sophomore album – released last fall when the world was stopped by Covid – The Good, The Bad and The Bette, which was produced by Matt Patton, bass player for the Drive-By Truckers, and Bronson Tew, who manages Patton’s studio, Dial Back Sound, near Oxford, Miss. They also played bass and drums, respectively, on Bette’s record.

In a recent telephone call, Bette talked about bringing her Bustin’ Out of Brooklyn Tour to mostly new ears in the Midwest and the making of The Good, The Bad and The Bette.

“Oh, man, it’s so much fun,” she said of the tour. “I’m discovering the Midwest for the first time. For a Bed-Stuy girl, that’s great, man. I’m winning over a lot of new fans who have never seen me before.They are really great. Im getting to understand now why they call it the Heartland. Such wonderful people and they’re just gorgeous.I love them.”

She added that it is “wonderful to be getting back to normal finally after almost two years of not performing live.”

She said an added advantage of this summer tour is hooking up with established artists such as Shepherd and the Drive By Truckers.

“That’s a great opportunity for an up-and-coming artist like myself, having a lot of knowledge and wisdom passed on to me by these guys have been touring for a while,” she said. “It’s a lot of camaraderie, and then a great stage, great audiences. Everything’s built in. So it’s a rare opportunity for a Bed-Stuy girl.”

Bette’s 2017 debut album, Jetlagger, was cited by American Songwriter as “swaggering proof that there is nothing dated about soulful rock and roll sung with attitude, defiance, and a take-no-prisoners aesthetic.” That was one of many tributes for a grand and impressive debut.

It was produced by Jimbo Mathus of the Squirrel Nut Zippers, who suggested Matt Patton to produce Bette’s sophomore album, and who returns to play guitar, organ and vocalize on the latest record. Just check out the song “I Found Love” on Jetlagger and you’ll soon be preaching to the choir about Bette.

With her new record, Bette described it as “the story of my life, the process and my development as an artist. Each track has a lot of love and tells a story.”

Matt Patton had played bass on Jetlagger, and he and Bette found a shared vision, and with a studio and production credits on his resume, it was natural for him to produce.

“Jimbo introduced me to him,” Bette said about Patton. “He’s an excellent producer. He’s a member of The Dexateens and he’s a member of the Drive by Truckers, so he knows what he’s doing. He also has produced several albums for other artists. And he’s a great guy.”

“We wanted to get heavy into her rock side,” Patton said for a press release announcing the record. “Even the ballads on this record hit hard. We were pulling from Ike & Tina, Betty
Wright and Betty Davis, stuff like that.”

The album kicks off with a great example of what he’s talking about, a tough and funky rendition of blues guitarist Lonnie Shields’ “Fistful of Dollars” (that Clint Eastwood reference must have led to the swaggering album title) from his 1992 debut Portrait. Although the song is written from a man’s perspective, Bette owns it completely. The band has toughened it up for her, complete with a great horn section chiming in throughout (according to the album credits, that horn section is one person by the name of Henry Westmoreland).

The second tune, “Whistle Stop,” is a ballad Bette wrote about her mother, based on a dream she had just before her mother died. Listen closely to the passion and power in this slow burner.

And just try to sit still when Bette sings and the band rocks “I’m a Sinner.” That’s Jimbo Mathus on the wonderfully insistent guitar, driving everything along. It’s a hip-shaking ruckus.

Next up is an acoustic version of Bette and guitar doing a few lines of the song “I Felt It Too,” before the rip-roaring band version kicks in.

The first side of the album ends with “Signs and Wonders,” where Bette’s muscular voice is accompanied by Luther Dickinson’s guitar. Being a member of the North Missiippi All Stars, he must have just been in the neighborhood for this song. He provides an architecturally intricate and very satisfying solo.

Side 2 begins with Bette’s great tribute to her Australian labradoodle (name): Human, complete with extreme funk wah-wah guitar. Just a really, really cool song that I now find myself singing…”I wanna be your human!”

“When your heart is in pain
Whole world’s up in flames
Ooh, run to me
I wanna be your human.”

The next song, too, is another powerful Bette original, “Song for a Friend” – “Don’t you mess around, she was a friend of mine.” Nice bass lead from Patton.

“Pine Belt Blues” is another cover, from Patton’s Dexateens, and again, Bette completely owns the song. And since it contains the lines, “I was lost but I was found,” it fit into the story Bette wanted to tell on this record, and makes complete sense that it sounds like her own.

She follows that with a rocking version of the great but troubled Eddie Hinton’s “Everybody Needs Love,” which the Drive By Truckers covered on their ninth album. Patterson Hood of the Truckers joins Bette on vocals. Hood is from Muscle Shoals, Alabama, where Hinton lived and recorded in the ‘60s and ‘70s.

The record ends with novelist/songwriter Willy Vlautin’s “Don’t Skip Out on Me,” an acoustic guitar and Bette’s voice beginning the dreamy ending of this stunning record. Westmoreland’s trumpet adds to the dreaminess.