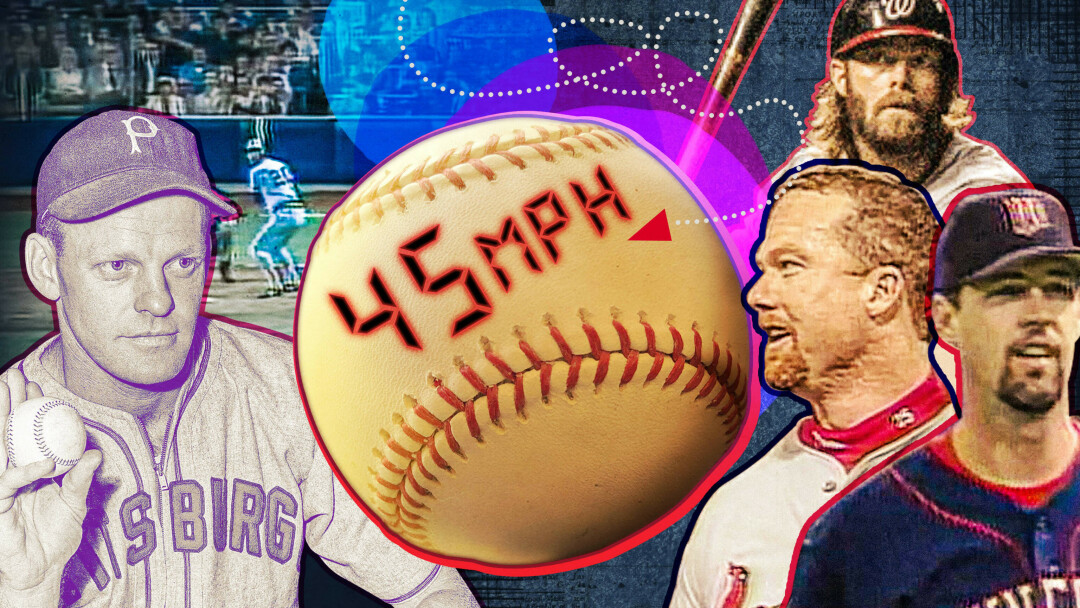 BIG SANDY LAKE – Since the NHL and most of the hockey world are in their late-summer hiatus, I have been watching one of my other sports “loves” quite a bit.

The Minnesota Twins aren’t exactly lighting it up this season, but there are few things for a sports fan more relaxing than taking in a high-level baseball game on a summer evening. So I’ve been viewing as many games as possible.

And of course, one of the beauties of watching baseball and its slower-paced game, when compared to hockey, for instance, is that you can mentally drift and daydream right in the middle of a game! And when your attention gets back to the game itself, chances are that you can lock right back into where you were before the mental diversion.

It was during one of those mental “anchors aweigh” that I suddenly recalled a couple of humorous events from years back. Both are baseball-related.

I apologize in advance for not having all the correct names, but declining memory and some medical stuff contribute to that. You’ll get the gist and humor of these stories, though.

The first one involved the Cincinnati Reds and a road trip they were on. And at the stadium where they were playing, every time the home team hit a home run, there was a short fireworks blastoff before the next batter stepped in.

In the bottom of the first inning, a home team player hit a homer. Fireworks went off in celebration. Before the end of the inning, another long ball was launched into the stands, igniting more fireworks. The Reds pitcher was steaming.

The very next hitter hit yet another home run, and fireworks ensued again. The Reds manager made a trip out to the pitcher’s mound, and at this point, the pitcher was beside himself. He began cursing the manager before he even got halfway to the mound!

Of course, there was a variety of blue language mixed into the dialogue. The manager arrived at the bump, as calm as a cucumber, while the pitcher was still totally beside himself. After a few seconds of silence, the pitcher looked at him and said, “you can’t take me out this early in the game.”

His skipper replied, “Oh, I’m not takin’ you out, I’m just giving the fireworks guy some time to reload”!
Everyone laughed as the story goes, the pitcher settled down, and the Reds came back to win. I want to say that the manager in question was the late Sparky Anderson.

One of my other favorite humorous baseball stories has to do with the infamous “eephus” pitch.
In case you don’t know what that is, imagine an underhanded softball “lob” pitch. It’s usually a high pitch with a lot of arc and kind of drops right over the plate. And, yes, it can be pretty hard to hit.

The baseball version of this gets thrown overhand but with the same principles at work. It’s normally 50 mph or less and is akin to a ball being dropped straight down to the hitter. Again, a real dilemma for a batter.

So, years back, there was an outfielder on the Milwaukee Brewers named Gorman Thomas. He was more of a power hitter than a guy who hit for average, which presented some problems for certain opponents.

One such matchup was when the Brew Crew played the NY Yankees with a pitcher on their staff by the name of Dave LaRoche. Apparently, LaRoche was frustrated with some previous appearances against Thomas and, during one game, decided to go after him with his version of an eephus pitch that came to be known as “LaLob.”

LaRoche threw his first pitch in, and some fans stated that it had about a 15- to 18-foot arc on it. Thomas swung and missed badly. Thomas missed again on the second eephus pitch, almost spinning himself into the dirt at home plate.

You could see that he was starting to become angry. LaRoche threw him one final lob pitch, which Thomas promptly missed for a strikeout. At this point, Thomas was visibly irritated. He threw his bat toward the dugout and proceeded to the outfield.

After a few minutes, he appeared to be calming down. A routine fly ball was hit to him, which he promptly caught to record the second out of the inning.

Instead of simply throwing the ball into his relay man in the infield, Thomas wound up and threw the ball as high into the air as he could to his relay guy. Fans in attendance said the ball went about 300 feet into the air before arriving in the infielder’s glove. Players in both dugouts were laughing so hard they were crying! Many fans joined in as well. And judging by Thomas’ holding his glove over his face, with only his eyes visible, he was having a pretty good laugh too!

This evening, I’m watching a Cubs-Sox game from Chicago and doing some reading as well, and lo and behold, I came across a story of a player throwing several “eephus” pitches in a game from Saturday. In a tilt between the Texas Rangers and Oakland As, the Rangers were getting blown out 12-3 late in the game and decided to bring their utility man Brock Holt in to pitch for an inning. I am already smiling so hard my cheeks were hurting. I knew exactly what the next words were going to be!

With the As’ Josh Harrison at the plate, “Holt’s first two eephus pitches registered 31.3 and 32.6 mph on the radar gun!

At this point, I can’t hold it in any longer and just let the laughs fly! Holt faced three hitters, retiring all, and got six strikes on 10 pitches. One of the hitters was thrown out at second base while stretching a single into a double. Holt offered his hat and glove to the umpire to be checked for foreign substances at the end of the inning, and the ump promptly declined. I wonder what he was thinking!

The 31.3 mph pitch set a record as the slowest recorded pitch in MLB history. And for an even bigger laugh, that broke the record set in June by the Twins Willians Astudillo that was registered at 41.3 mph!

What is it about the eephus pitch that makes fans howl in laughter and hitters embarrass themselves badly? I think there are two things about it from a hitter’s perspective. First off, if you’ve been looking at 95 mph heaters the whole game, when you have 40 mph pitches coming at you, it throws your entire timing off. And when you have a ball “dropping” into you, over the plate, as opposed to coming right at you, that’s got to throw you off as well.

Players and fans alike get a laugh out of it because it’s a pitch that has a propensity to make hitters look pretty ridiculous. There aren’t too many pitchers who can throw an effective eephus pitch and even fewer players who can hit one consistently!

Check it out online! You know where! PEACE